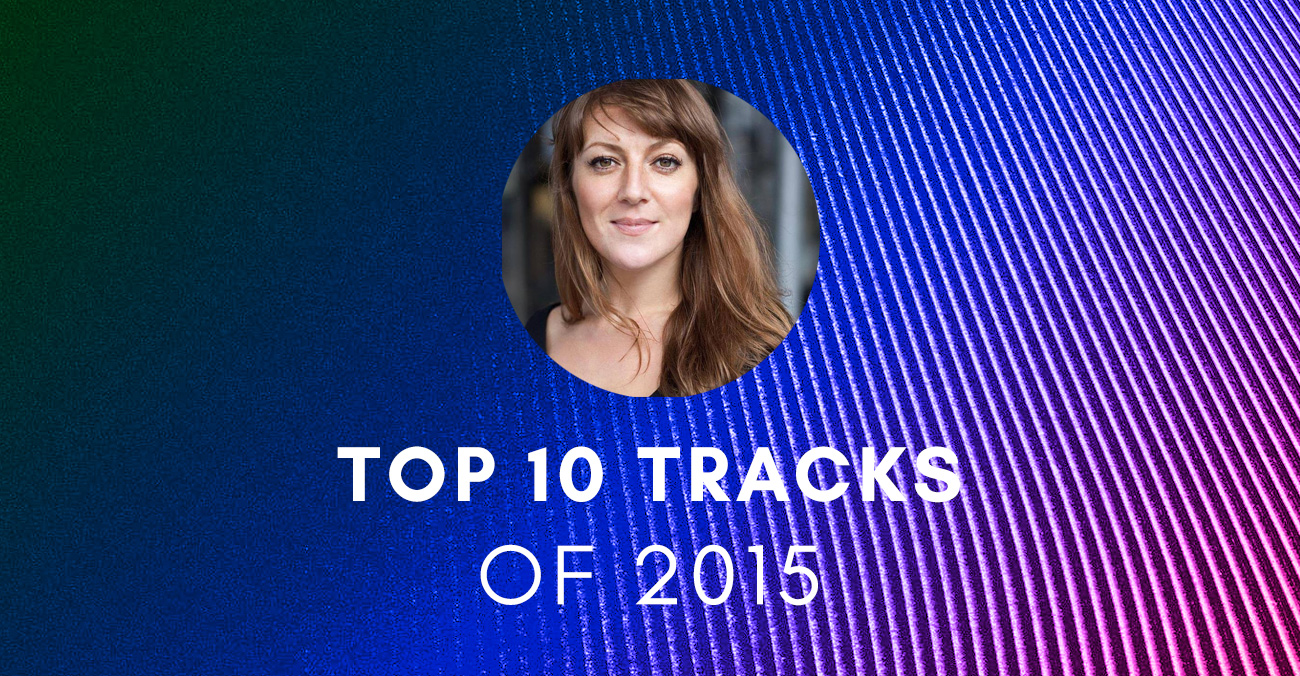 Kelly-Anne Byrne is a regular DJ at festivals throughout Ireland. She’s known for her love of disco and soul, which manifests itself in a monthly club night called Burnin’ Up in The Grand Social and a nationwide show on Saturday night on Today FM called The Beat Goes On. She also has three hours a day from Monday to Thursday on TXFM from 7pm to 10pm.

I’ll never forget the day I first listened to Ratchet by Shamir, it was like listening to a combination of Sylvester and Prince, I just loved that fact that people were unsure if it was a man or a woman singing, Sylvester also had that magic. There are so many great tracks on the album, but On The Regular is the one I return to again and again. I played this at all my big festival gigs this year and it always goes off. Even those who don’t know it run up to the decks and ask ‘what the hell is this?’ it’s a perfect pop song, but it’s also got substance, as does the whole album.

This is the best track on Born In The Echoes for me, I didn’t realise it was Beck singing on it when I first listened, but I really loved the vulnerability in his voice. I think it’s about a break-up, which is why I love that fact that it’s not a slow number, the words are really beautiful. I often run to it.

I love the original of this tune, when Tame Impala opened with it at Electric Picnic it was one of the highlights for me, but I think as mixes go, this is pretty damn good. It’s that good that I usually play all 9 minutes of it! The Despacio area of EP was the best for me this year and I’ll never forget when they dropped this. It’s a great track to finish your dj set on, especially when the whole crowd starts singing ‘let it happen, let it happen….’

4. The Reynolds – Don’t You Worry Baby The Best Is Yet To Come

I’ve long been a fan of Greg Wilson and have had some of my best nights out dancing to his sets. He sent me his new album Super Weird Substance a couple of months back and unsurprisingly, every track is pure gold, but this one really warmed my heart. The vocal by The Reynolds is like silk, but it’s the words that really struck a chord with me. By nature I’m a positive person but if I ever feel a little down, I put this tune on and I honestly feel everything is going to be okay with the world, that’s a sign of a great record. It’s actually a cover of an old Northern Soul tune by Bessie Banks. This is what I love about Greg; you’re always going to learn something from him.

5. Tobias Jesso Jr – Without You

You’d have to be made of stone for this record to not have some kind of effect on you. I get a lump in my throat every time I listen to it. Growing up, I really loved the music of Harry Nilsson and John Lennon, for me that was songwriting at its best: honest and simple, I get the same feeling off this song. I watched Tobias Jesso Jr sing this on Jools Holland and could tell he meant every word, that’s rare these days when you watch someone perform.

This record is pure genius for me because it takes you on a journey, taking so many turns where you completely don’t expect it. Part of it sounds like it should be in a musical, the other like a Patsy Cline number and Roisin Murphy’s vocal echoes Astrud Gilberto, Dusty Springfield and Tammy Wynette all at once. I really admire her for the risks she takes in music; actually I don’t even think ‘risk’ is the right word because she’s just being herself, that takes a lot of balls in the music business.

I was slightly biased from the beginning on this record because it samples one of my favourite disco tracks, ‘Let No Man Put Asunder’ by First Choice. It’s definitely one of the songs of the summer for me, a slower groove but one you can’t help getting down to, sounded great when they opened with it at Metropolis a few weeks ago too.

8. Richard Hawley – I Still Want You

I always say that if I could marry a voice, I’d marry Richard Hawley’s, I could listen to him all day. I recently saw him at Vicar St and he didn’t disappoint, he such a crooner. One thing that I love about Hawley’s music which is so a rare now is that it’s romantic and sensual, perfectly shown in this record.

I remember when I was first sent Vamala by Champs, I listened to it three times in a row, it was that good. In particular, I was deeply moved by this song. I’ve always loved the piano as an instrument and it’s so haunting on this track. I just love the song’s subtlety. In many ways Champs remind me of Simon and Garfunkel. Every time I play this on the radio someone asks about it. I actually had a friend I hadn’t seen since school contact me from Australia asking me who it was by.

It’s difficult to pick a favourite track On Jape’s This Chemical Sea but I really love this, it’s got a lot of depth, not just the melody but the words ‘we got all the right reasons, but we’re absolutely animals’, so unbelievably true. I’m big into lyrics in songs and these are some of the cleverest. I read that Richie was reading a lot about global warming and the environment at the time he wrote the words and I just love that he didn’t take a preachy stance on it, ‘we’re absolutely animals’, end of.