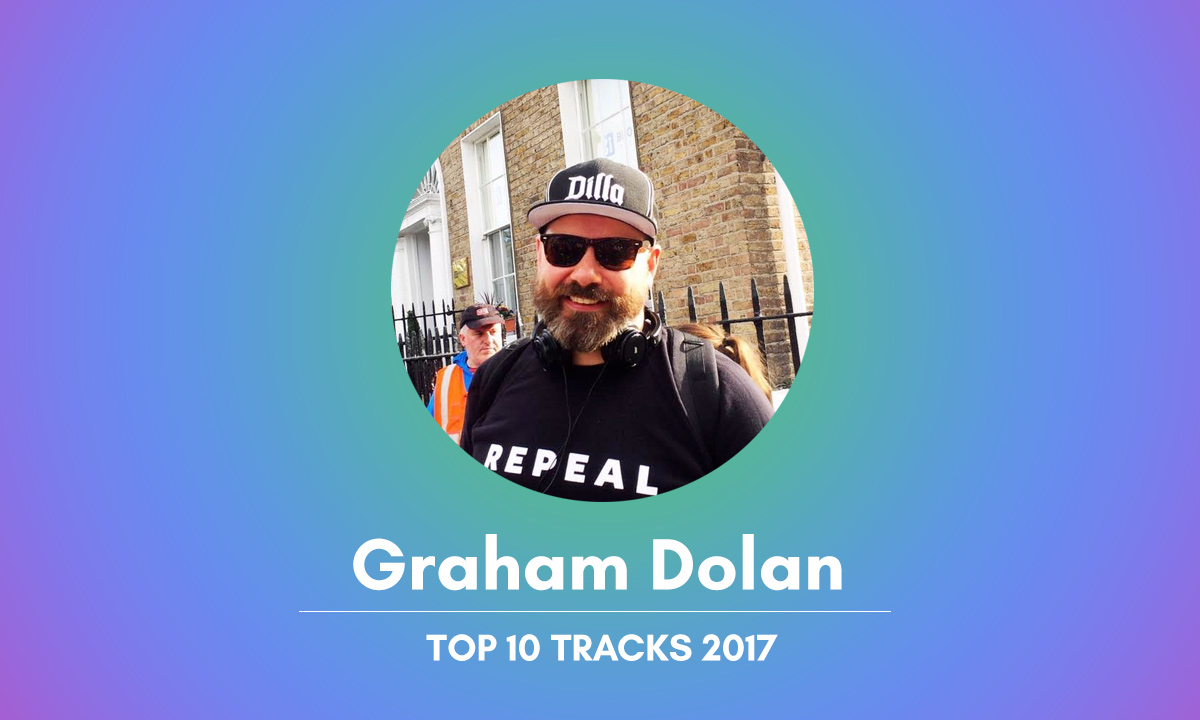 Graham Dolan is a veteran Galway DJ and he’s been a twice-weekly resident in the Roisin Dubh and Electric Garden & Theatre from the get go.

This song reminds me more of peak-era Missy Elliott than any tune that Missy herself has released in the last ten years. Plus her trademark balaclava makes her look like a cross between one of the Pussy Riot girls and a particularly stylish member of the ‘RA.

Steve Monite – Only You

Remember at the beginning of this decade when half the DJs in the country threw all their Ed Banger records in the bin and started pretending that they’d always liked disco and Fleetwood Mac? Well, a couple of years ago a similar memo went out concerning Michael McDonald and the entire musical output of Africa. Some DJs will claim that they’ve known about this record and indeed every song that’s ever emerged from the continent ever since their uncle was stationed in Somalia in the 90’s and sent them home some Dur-Dur Band cassettes along with a pirated video of Jurassic Park. But more honest Johnny-come-latelies like myself will admit that they didn’t stumble across this gem from 1984 until the Soundway label released their excellent Doing It In Lagos compilation. Technically that comp came out in December of last year but what’s the point in being pedantic when you’re already 33 years late to the party.

Quite simply, Vince has been the most consistent rapper in the world for a while now. Shyne Coldchain II, Hell Can Wait, Summertime ’06, Prima Donna and Big Fish Theory.
A lot of MC’s don’t put out that much good material in a lifetime, let alone in just four years. And he’s still only 24. Plus judging by his interviews he seems a to be as man altogether and he’s definitely the rapper that I’d most like to have a rake of pints with. It’s just a shame that he doesn’t drink.

This a bit of a return to form from the MC that excited so many middle-aged b-boys when he first burst on to the scene in 2011. Nowadays, Action seems less bothered about rapping his ass off and more concerned with becoming some kind of permanently stoned Stateside version of Ainsley Harriott. Although Ainsley and Action might have
even more in common than you initially think. Years ago in a Mixmag interview, the Ready Steady Cook man gleefully recounted the time he rattled some young one on the dance floor of an 80’s soul club while off his banger on poppers. The romantic part of me hopes that the soul song that soundtracked Ainsley’s memorable knee trembler was the very same Leo’s Sunshipp tune that Action rhymes over on this number.

I know hip-hop is always supposed to be looking to the future and in 2017 I really shouldn’t be praising a 46-year-old MC freestyling over an old Mobb Deep instrumental. But this video is absolutely mesmerising. It’s just a shame that at the start of the vid Flex seems to be more interested in sending Snapchats to some beure that he’s met
on Tinder than listening to Black Thought’s bars.

Imagine being Four Tet. You start off in a critically lauded math rock trio when you’re still a teenager, then you get credited with inventing folktronica before moving on to improvising a couple of albums with a legendary jazz drummer. Eventually, you turn your attention to house music and you become best buddies with fellow geography teacher lookalikes Caribou and Floating Points. (Have you ever seen a picture of the three of them together behind the decks? They look like a University Challenge team on yokes). And what’s your reward for all your musical endeavours? A dance floor full of pasty male NTS listeners in Sounds of the Universe t-shirts who look even nerdier than you. I reckon he said “Fuck it. I’m gonna make a disco re-edit of an old Bobby Powell tune, try and blag a gig at the Casa Bacardi and see if I can get the shift”.

It’s been an absolutely stellar year for R&B. Frank Ocean, Syd, SZA, Ibeyi and Kelela all came within a hair’s breadth of making this list. In the end, I decided to plump for this track from Gabriel Garzón-Montano simply because it came out in January and every other end of year compiler seems to have forgotten about it. I’m not sure about his decision to smear red eyeshadow on just one of his eyes for the album cover though. It looks like he was about to audition to become a member of Empire Of The Sun and chickened out halfway through.

The term “Sudanese style fiddling” strikes fear into my heart. Or to be more precise, the thought of the kind of people who harp on about music that features Sudanese style fiddling strikes fear into my heart. Not actual people from Sudan of course. I’m talking about Sunday supplement reading graphic designers who thinks nothing of forking out a three-figure sum for a bag of fair trade coffee beans. The kind of people who write withering Instagram sermons about the moral bankruptcy of buying sweatshop-produced y-fronts in Penneys, despite the fact that they are always first in line to buy the latest Apple product that has been hand built by some poor Chinese lad with carpal tunnel syndrome earning €1.50 an hour. The kind of people who interrupts their fellow camper’s tender-jawed festival comedown at noon to head into the main stage to check out some 80-year-old blind blues guitarist from Mali that they saw on Jools Holland. Yet despite the presence of the aforementioned Sudanese style fiddling, I actually really like this track.

I’m one of the few people who thinks To Pimp A Butterfly is one of Kendrick’s weaker albums. It’s got some great tracks on it but it also has some polite jazzy numbers that are dangerously close to slipping into Kenny G territory. So obviously I’m pleased to see him going back to basics and collaborating with Mike WiLL Made-It, as opposed to a six-stringed bass player and a big lad in a Kaftan. It’s possibly the
most dancefloor-oriented tune he’s ever made and it’s easily the best song to break into the top ten of the Irish charts in years.

So basically yer man out of Bombay Bicycle Club has gone and done an Albarn. Like Damon before him, he’s broken up a British indie four-piece and roped in a load of soul and hip-hop artists from the states in order to launch a new project. He’s even opted for an animated video. I was tempted to pick the Charles Bradley track off this album as a tribute to the late great soul singer who passed away in September. But in the end, I opted for this number simply because it features my favourite riff of the year (It starts around 2:11).