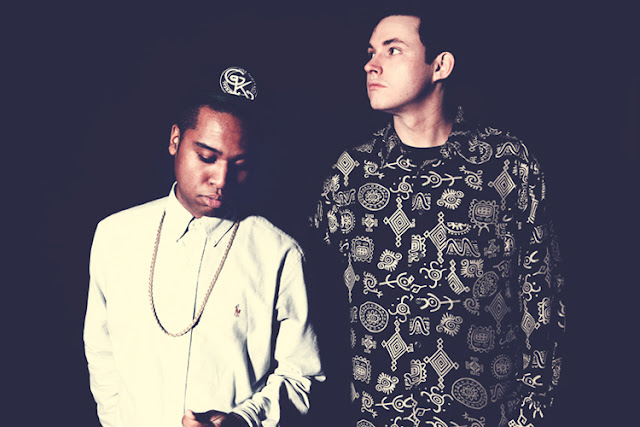 Trap Music is a term you may have be seeing with increasing regularity on your musical travels of late. While dubstep continues to morph into the angularly shaped cousin of nu-metal, and Americans have named dance music ‘EDM’ (or as Caribou’s Dan Snaith dubbed it yesterday “a barfsplosion currently gripping the corporate ravesters”), rap music production has been getting more unique.

This isn’t an overnight thing. Back in 2003, Atlanta rapper T.I called his album Trap Muzik. Named after a slang term for the type of street music listened to in the place where drugs are sold, trap has its origins in Southern rap. At the time, crunk, a style of rap production which relied on big bass, aggressive vocals and ’80s-style synths was in. Crunk’s prime proponent Lil Jon and hits like Usher’s ‘Yeah’ and Ciara’s ‘Goodies’, two songs which mixed crunk with R&B, helped the style go mainstream and re-invigorated Southern rap. It gave rise to “trance crunk”, a precursor to the David Guettaisation of popular music some years later.

As crunk hit its peak in 2007 or 2008 with the likes of Soulja Boy, its stylistic language of 808 kicks and bass evolved into trap. Rap names like Waka Flocka Flame, Rick Ross, Gucci Mane, Young Jeezy and Juicy J teamed up with producer Lex Luger on trap-style tracks aided by Fruity Loops software which pushed the production on further.

While trap codified itself in rap as a production style, it didn’t go unnoticed outside the genre. Since the rise of Timbaland and the super-producer, Electronic artists have paid attention to the forward-pushing sonics happening in the U.S. and this year in particular, the solo trap movement has been taking the palette, dropping colours out, simplifying the mix and creating a new formula for trap.

While the U.K. version of dubstep changed the electronic landscape in the last decade by concentrating on low-end and sub-bass paired with minimal drum productions, the methods of trap are in parallel to U.K. grime, which leans on MIDI strings in the same way that trap relies on big fat brass.

These co-existing complementary styles have been placed together in DJ mixes and have helped trap to evolve into the production technique of the moment. Trap has been taken on by those in love with hip-hop but who exist outside the genre and who are finding the signatures of trap fit in with their own.

Diplo’s label Mad Decent is in on the ground level with releases of trap instrumentals from the likes of UZ and Baauer while other names to look out for include style-switchers Flosstradamus (who used to make much more polite dance music) and RL Grime. Meanwhile, big rap tracks like Nicki Minaj’s ‘Beez In The Trap’ and Kanye’s G.O.O.D Music summer anthem ‘Mercy’ (which was given an RL Grime & Salva makeover) assimilate that minimal trap sound.

Glasgow producer Hudson Mohawke’s tunes have always been indebted to the the instruments and tempo of rap production and that reached the natural conclusion on last year’s Satin Panthers EP which borrowed from trap’s reliance on fat bass most notably on ‘Thunder Bay’. Meanwhile, Montreal producer Lunice’s live sets prominently featured Southern rap tracks and the man himself dancing like a swagged-out lunatic. His solo releases are filled with the kind of deftly-constructed rapid-fire hi-hats and screwed upside-down synth melodies synonomous with trap.

So it makes sense that the pair would collaborate on the TNGHT project, which takes this electronic trap style to its bombastic logical conclusion on an EP released this week on Warp Records. The focus is on exploring the complete range of bass frequencies (seriously, turn it up and feel those levels), synths which buzz like a swarm of bees, brass thrusts, high rolling percussion, 808 kicks and spliced R&B samples.

TNGHT’s head-nodding, gut-busting style is the apex of outsider influence on trap, something which felt even more pertinent when it was revealed that TNGHT have remixed Waka Flocka Flame. TNGHT serves as a showcase for what Hud Mo and Lunice can offer the rap they love so much and people like Kanye have already noticed (Hud Mo contributed production to ‘Mercy’) so it’s reasonable to expect that outsider influence to be assimilated further into the rap and pop mainstream over the next year. We may yet get a Mau5trap album yet.

Flosstradamus Mix For Live For The Funk