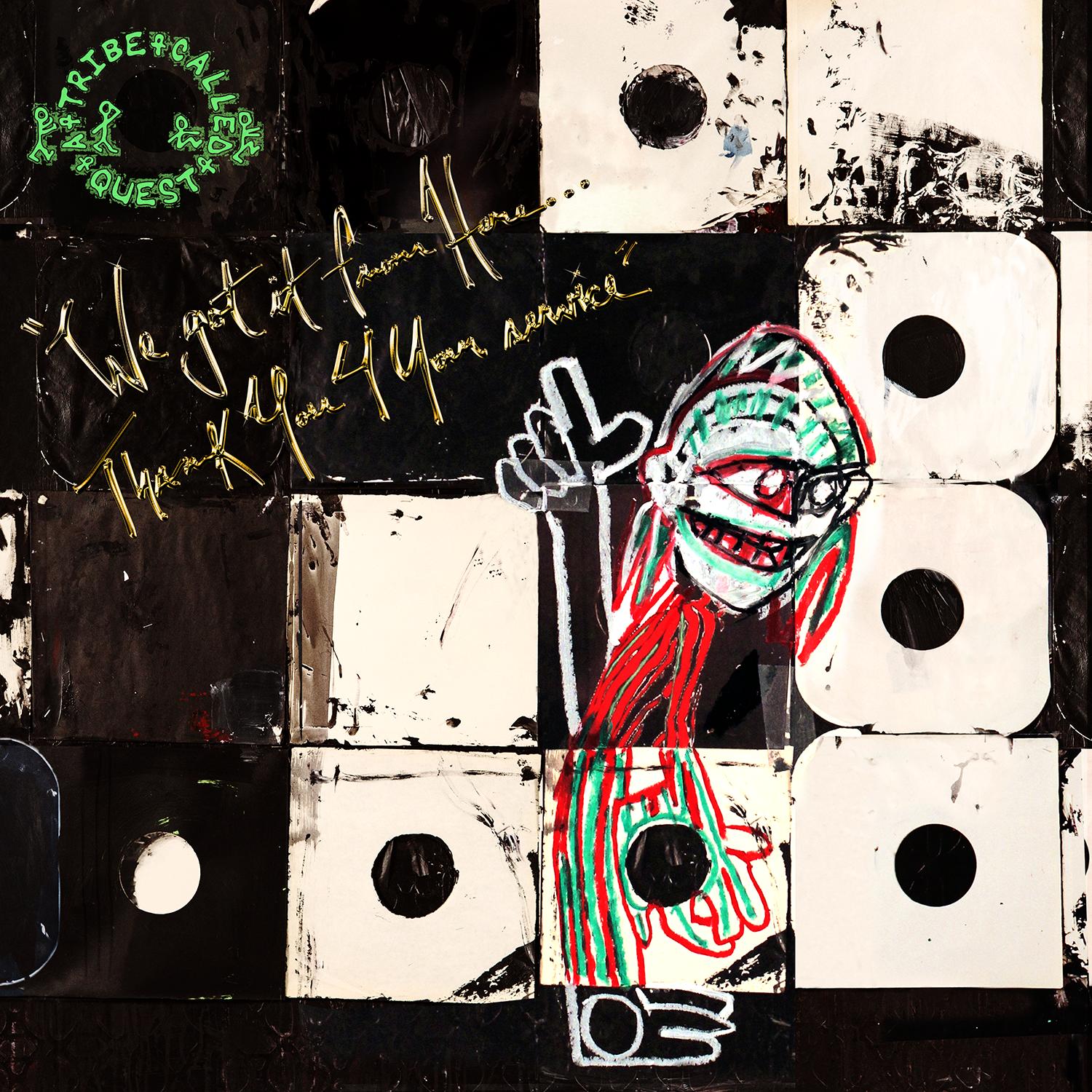 
An old band comes together for a final statement after years of fighting and estrangement of its two most vocal members. It’s an age-old story that happened to A Tribe Called Quest in the 18 years since they released their fifth album The Love Movement.

As bitterly captured in the documentary Beats, Rhymes & Life, Q-Tip and Phife Dawg stopped speaking to each other. Despite occasional reunion shows, there was a rift, that took until a performance on The Tonight Show in 2015 to heal.

Reinvigorated once more, Phife, Q-Tip, Ali Shaheed Muhammad and Jarobi White started making music again in Tip’s New Jersey home studio. During recording, Phife Dawg passed away. The rest of the group decided to finish it in his honour, as most of his parts were done.

So A Tribe Called Quest’s final album We Got It From Here… Thank You 4 Your Service is a result by any stretch, serving as a tribute, a full-stop, the end of a circle. What’s surprising about the album is how connected it is to Tribe’s best work.

When a band reforms, they often lose their youthful energy and spark but it never left Tribe. Here’s a rap group who sound as fresh and individual as they did the first time round – nostalgia doesn’t come into it. Q-Tip sounds 23 years of age, not double that. Jarobi raps more than he ever has since their debut People’s Instinctive Travels and the Paths of Rhythm. Phife reaffirms his legacy as an MC.

Arriving the same week as Trump was elected to the US Presidency, We Got It From Here. is timely too with references to his upsetting rhetoric. Lead single ‘We The People’ addresses that head on the chorus “all you Black folks, you must go / All you Mexicans, you must go.” There’s a song called ‘The Donald’ and the opening track is about how black people can expect to go nowhere as we dream of Mars.

As is Tribe’s custom though, there’s a sense of playfulness and unity throughout. Old friends and cousins Busta Rhymes and Consequence add extra energy, Elton John’s ‘Benny And The Jets’ sample works wonders on ‘Solid Wall Of Sound’, man of the moment Anderson .Paak does his crooning R&B thing, Andre 3000 reminds us why we need more of him rapping on ‘Kids’ and Jack White, Kanye and Kendrick Lamar also pop in.

Musically, it’s as if a stockpile of Tribe songs were just waiting for the group to get it together. ‘Dis Generation’ has fire, ‘Melatonin’ recalls Tip’s solo album Kamaal The Abstract, ‘Enough’ is a smooth song with a callback sample to ‘Bonita Applebum’ and ‘Black Spasmodic’ has that essential album posse swing.

They all contribute, none of them swarm the cuts with their presence. The jazz samples, the interplay, the beat drops, the synergy between Phife and Tip is magically still there from the moment those keys come in the first song. Real masters of ceremonies have had years of practice and it’s heartening to hear they never lost the gift of craft, despite time and distance. They leave a heightened legacy and hope for the future.

We Got It From Here… Thank You 4 Your Service’s tracklist:

Mango represents Dublin’s grime scene with ‘What Are You Sayin?’