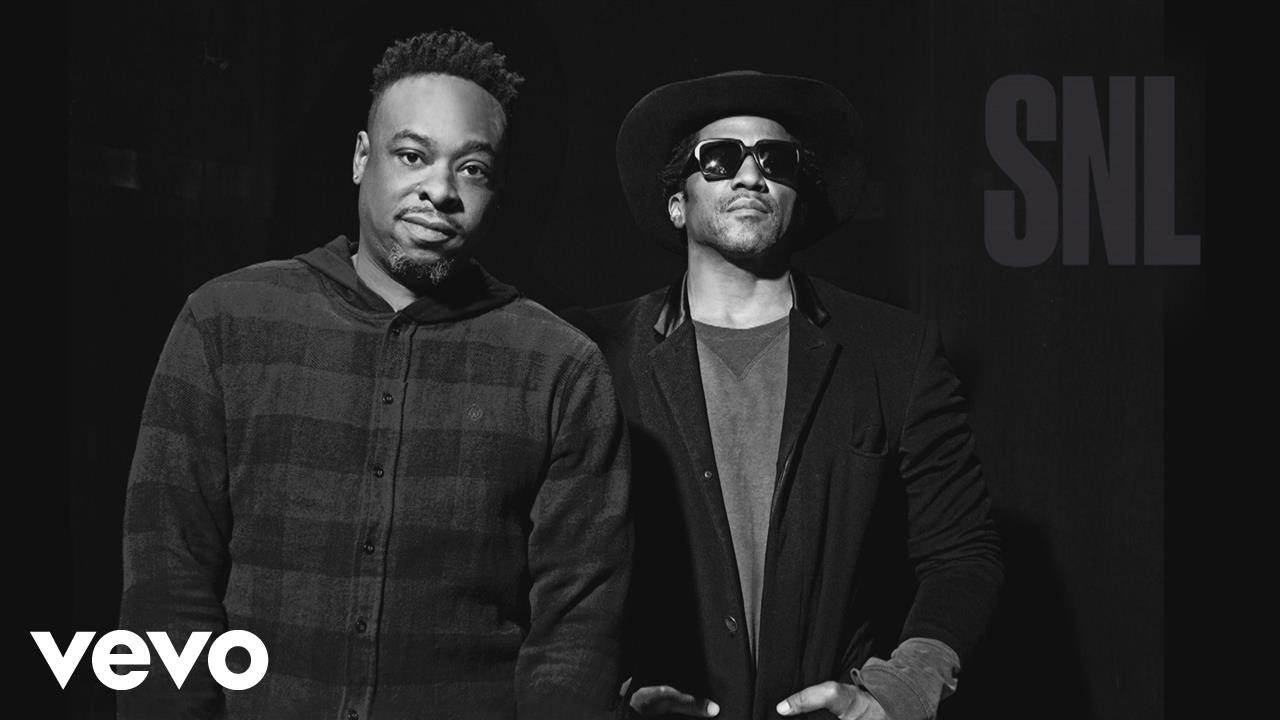 A Tribe Called Quest released their final album We Got It From Here… Thank You 4 Your Service on Friday.

It’s a fine album, a fitting tribute to Phife Dawg and an album that holds its head up proud in the discography.

On Saturday night, the remaining trio appeared on Saturday Night Live to perform ‘We The People’ and ‘The Space Program’ where they were joined by old friends Consequence and Busta Rhymes. Watch ‘We The People’ above. A not great version of the latter is here.

Here’s Dave Chappelle’s monologue in his comeback to TV hosting the show:

He also sang Radiohead’s Creep at 5 in the morning at the afterparty.