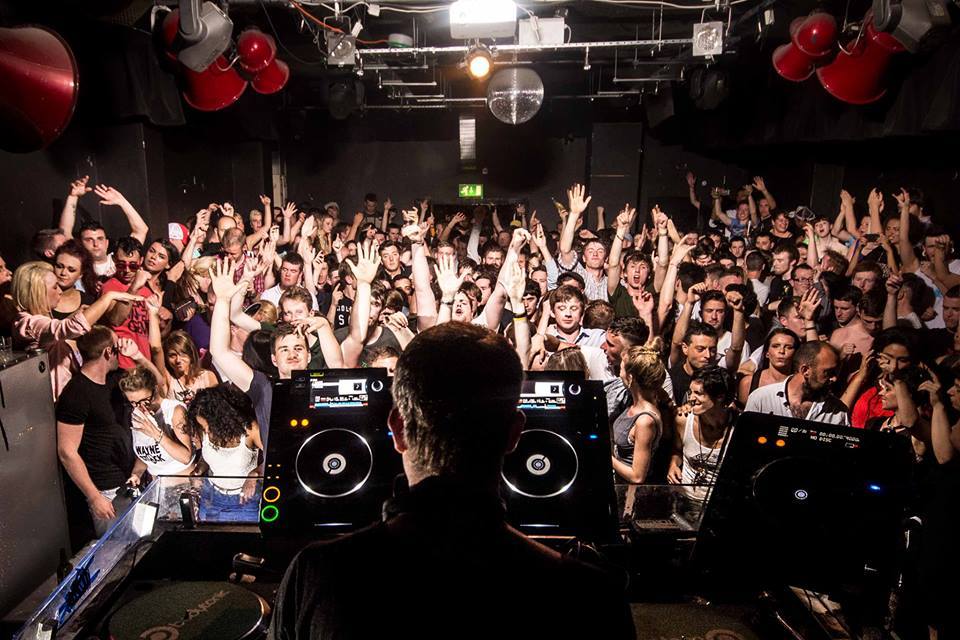 Bodytonic today have confirmed what has been rumoured for weeks in Irish music circles, that their Middle Abbey Street Dublin venue Twisted Pepper is to cease operations as a club  and to re-open under a new name with a different tact – “refurbishing the space with a new bar & food focus, mixed with another 5-10 random ideas that will inevitably ‘make no sense’ – We will not be a restaurant, we have no idea where that rumour came from”. There’s a closing party this Saturday..

We’ll be refurbishing the space with a new bar & food focus, mixed with another 5-10 random ideas that will inevitably ‘make no sense’ . We will not be a restaurant, we have no idea where that rumour came from. Music will play a part too but it won’t be like it was before. We want to make things smaller, more intimate, more local, more creative… more fun. We want do things differently, but also in many ways return to the roots of where we started many moons ago in Wax. We’ll keep some fans, lose some fans, and hopefully gain some new ones. Maybe we’ll even regain some old ones.

Recent years have seen Bodytonic move towards the older demographic of coffee, cocktail, beers, BBQ and bars with the opening of MVP, The Back Page and Square Ball so the news is not a surprise. The death of Ana Hick recently at the club would certainly force a re-evaluation by its owners too as is an understandable sense of inertia that sets in after a certain number of years doing the same thing.

“When you believe you’re doing something different and you’ve got the fire in your belly – you go for it. When you’ve done all you have set out to do, and you start to feel your repeating yourself and the passion goes, it’s over. “

Perhaps bigger than the news of a single venue closing is the ecosystem that is left temporarily homeless with it and the dissipation of Dublin club life that now has to find a new footing and place to exist.

The Pepper was a training ground for many of the young labels, DJs, producers, club nights (First Second, Not Saying Boo, Junior Spesh to name a few) as well as an invaluable place for established residents like Barry Redsettaz to show them how it’s done. It was a fine space for exhibitions and talks too, not the mention the fact that it gave 3FE its start and currently houses a great great coffee shop in Vice (which will remain open), Boxcutter Barbershop (also remaining open but will close for one or two weeks to facilitate renovations). It also housed Elastic Witch, a great independent record shop until last year.

The Twisted Pepper opened in 2008 and over the course of seven years has hosted many a club night and gig with a particular emphasis on Bodytonic’s music policy of electronic music: house, techno and disco. The club has hosted a who’s who of renowned DJs and live performers played there from Hudson Mohawke, Optimo, Horse Meat Disco, Julio Bashmore, Levon Vincent, Sunil Sharpe, Derrick May, Surgeon, Boddika & Joy O, Tim Sweeney, Ben Klock and beyond: you name them, they played there. The club also hosted established club nights like Subject, Kaboogie, Bedlam, Subrewind, Benefit and more.

Twisted Pepper was important because it was run by enthusiastic ambitious clubbers and promoters, not people who have little interest in investing in the music scene or the creativity of a city. It was holding down a lot.  At least Trev, Eoin, Conor, Shane, Ian, et al are retaining the space for use.

Yeah, people give out about the Twisted Pepper (people give out about everything) but while the club was far from perfect on many occasions, it had the capacity for a magic night which is all you can ask for – that’s down to people and place. Twisted Pepper’s biggest problem for many years was its lack of competition, it was consistent in putting on dance and electronic music nights featuring international names and local artists to a high level that could operate in a basement, dingy sweatbox, a cramped venue or the café (which is where I spent most of my time playing tunes – I learned lots myself DJing there so thanks for that lads). Most regular gig-goers spent too much time there and no-one really wants to go to the same club week-in/week-out which breeds contempt. The recent trend towards going larger in terms of production, scale and venue doesn’t fit the Pep or many of us to be honest. I’d much rather be in a small space filled with sound buzzers into the tunes – that’s what great clubs are. It’s hard to scale and sustain and BT recognise that.  “We want to make things smaller, more intimate, more local, more creative… more fun.”

For Bodytonic’s part, the decision may be a good one. Nothing lasts forever and they have decided to knock something on the head at a good time before the business suffered from their lack of passion. Seven years is a long time in any game. The club’s closing is a reminder that we need music people (like Choice Cuts running The Sugar Club for example) to steer these ships of clubbing industry.