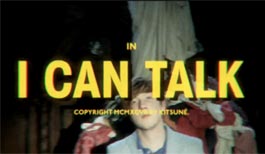 I covered these Bangor boys back in May when they appeared on the Kitsune 7 compilation.

This is the brilliant first single proper which is released on 23rd November through Kitsune. Containing taut rhythmic Foals-esque breakdowns and a guitar wielded like a blade, it’s an extremely accomplished debut single.

If I had to pick one Irish band to watch in 2010 right now, it would be this lot. Look out for the debut album in February 2010.

THAT’S THE NEXT DECADE FOLKS.