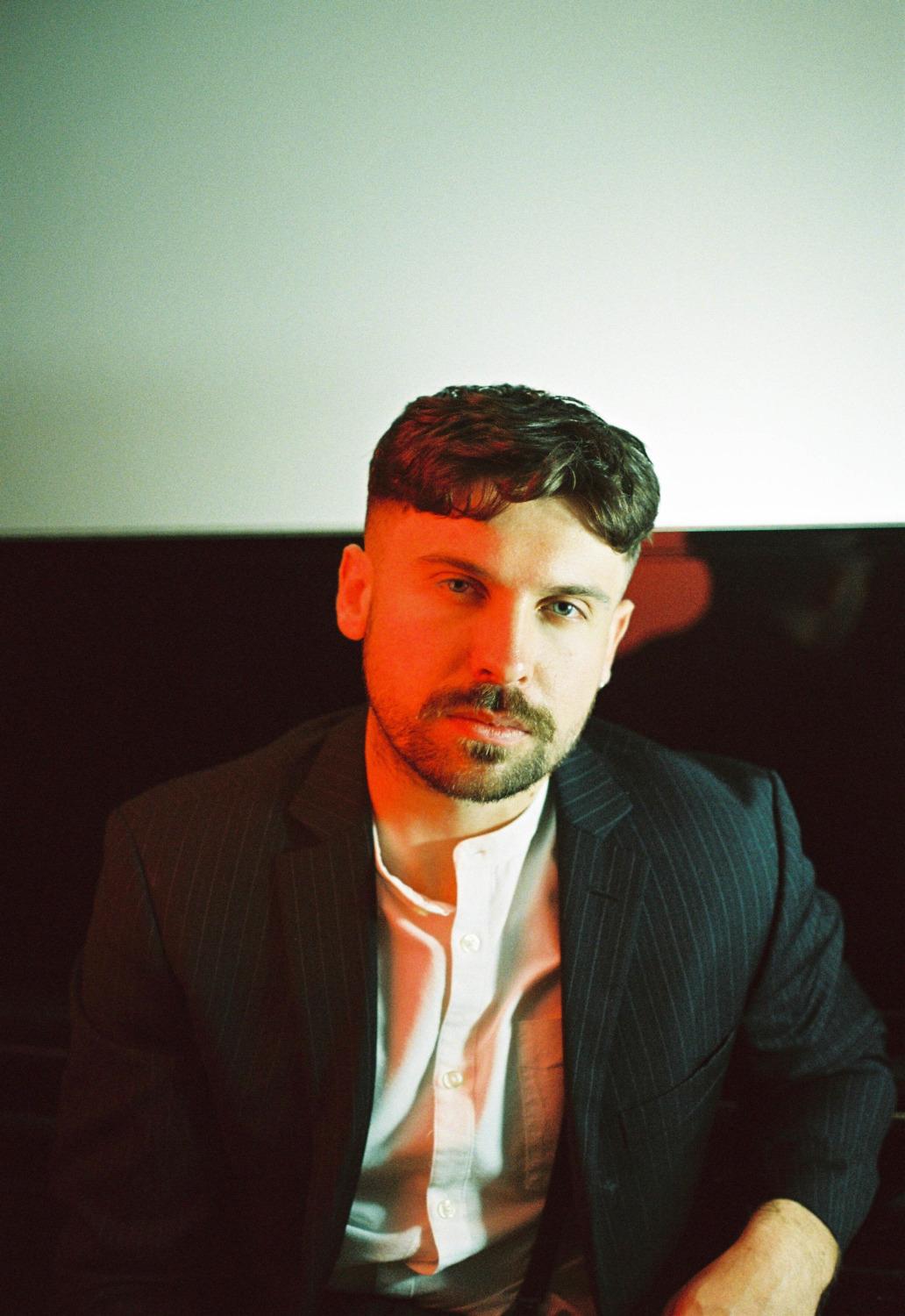 
You should really be paying attention to Ugolino, the Dublin duo of lyricist/vocalist, Shane Richardson and composer/producer Oran Hurley, and their singular brand of alternative jazz-rap.

Their debut single ‘Early Hours’ was a 2021 favourite, landing a spot on the Nialler9 Top Irish songs of 2021, after a best of May spot.

For the follow-on track, ‘Three Stripes’, Ugolino step more fully into a fully-arranged live jazz sound from Hurley with spoken words by Richardson, and a lush cinematic Hollywood Boulevard-style string arrangement, “a dramatic jazz sonata,” in their words. You can hear a Denis Scully on tenor sax, and Fiachra Kinder on drums.

It’s yet another song from a young Irish person grappling with a country that doesn’t seem to want them to stay. The three stripes in question, are the tricolour of the flag.

‘Three Stripes’ details the struggle to grapple with attachment and loyalty to a country that many Irish youth feel betrayed and let down by. The song criticises the current state of affairs in the country, discussing topics such as homelessness, substance abuse, gentrification, the housing crisis, and the corporate nine to five working life. Musically, this single presents a sophisticated and nostalgic 20th Century Jazz sound, questioning Ireland’s place in art, history, and popular culture.

Here’s how the band formed:

Myself (Shane) and Oran met a couple of years back while working in the Guinness storehouse. We sparked up a conversation one day cleaning up. We started discussing our love for music and developed a friendship and working relationship from there. We started writing and working on music together, and over time formed a concept, message, and sound we decided to move forward with.

Oran’s been playing music his whole life and is currently doing his master’s degree in Music Production in Berklee college of music, Valencia.

With the Ugolino project, we’re combining jazz music and spoken word poetry. We decided to combine these two parts in order to create something unique and different that a lot of people may not have come across. The project also touches on a lot of hot topics in Ireland today, whether that’s socio political unrest, drug abuse, or heartbreak, it’s all relevant stuff taking place in Ireland and for twenty somethings globally, so it seems a lot of people can relate to it.

Three Stripes is the next chapter in the Ugolino story, it was written nearly 2 years ago now in my bedroom one of the nights Oran and I decided to write together. Oran started playing these chords he’d written and I sat on the edge of the bed and wrote the whole song from start to finish there and then over a couple of hours. It was a distressing time in life, as it has been for many of us over the past couple of years, but all that stress just came out in the shape of Three Stripes.

The song really talks about a loss of connection we’re all experiencing, a loss of faith for the people we’ve put in control, a feeling of being sentenced to the place you’re born rather than it being a choice. A lot is covered in the song, but with the jazzy instrumental we feel it manages to come across in a well-packaged manner.

We had Fiachra Kinder play drums on the track, and Denis Scully on the saxophone. We wanted as close to all live instrumentation as possible for the song, to give it a truly authentic jazz feel. But Oran actually created the piano, double bass, and strings parts on his laptop with virtual instruments.

The photoshoot was done by Louis O’Sullivan with visual direction and cover design by Yosef Phelan.