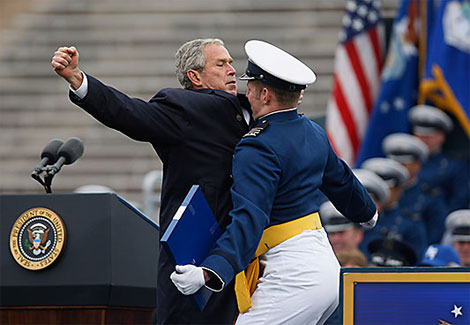 In an effort to shine a light on the unknown artists and songs that pass through the mailbox of a music blogger, this hopefully regular series will pick the MP3s most deserved of attention from nialler9 readers. Hey.. that’s you guys!

Vivian Girls – Tell The World
Looks like my plans to feature unknown artists exclusively has been scuppered already. The reason: 95% of the music I get sent is utter shite. There I said it. Most of it comes from across the Atlantic and usually it’s some twee band from Atlanta or Seattle and the press release uses the word “songwriting” as if it’s some futuristic concept. It all sounds the same. Soft indie rock trying to sound like Interpol or Sufjan or whatever’s cool right now. I still try to listen to everything I get sent, otherwise I would miss a gem. Like the Vivian Girls. Mr Carroll already mentioned them this morning but no loss. They are 3 girls from Brooklyn who play crackling lo-fi rock straight out of an early ’90s songbook. Don’t hold that against them though. [Myspace]

Dry County & Messiah J and the Expert – Stop/Proceed/ Abandon
A mashup of Dry County’s ‘Attention’ and Messiah J and the Expert’s ‘Abandon Ship’ by the Expert himself. A lot of talk going around about Dry County right now. It’s been cleared up on their MySpace today. Long story short – the band is not finished. The name will be dropped and they are going to record a new album and return with a new name. For now, enjoy this tune and catch Dry County’s last show as Dry County in Dublin tonight in Whelans. Also, MJEX have a blog now too.

The Bug – Poison Dark (Skream Remix)
Regular readers will know how much I like The Bug’s work. his new album London Zoo is banging and here’s a remix by Skream of the standout track ‘Poison Dart’ which I mentioned back in December last year. It features the rasp of Warrior Queen.

A-Trak – Whoa
A-Trak is the latest artist to take a stab at making a Nike:Original Run mix after James Murphy and Aesop Rock. Here’s a sample from the 45 minute mix called ‘Whoa’.

Firstly, Simon Hayes sent on a link (ZIP) to a DJ set he did for the Anorak Jack show on Frequency FM. It features µ-Ziq, Autechre, Curve, LFO, Clark and Milanese. [Myspace]

Secondly, Jimmy Behan has a new 5-track EP entitled In the Sudden Distance which is available as a free download from Zymogen.

In the future, I may have to wait two weeks to post songs under Unknown Pleasures but enjoy for now.