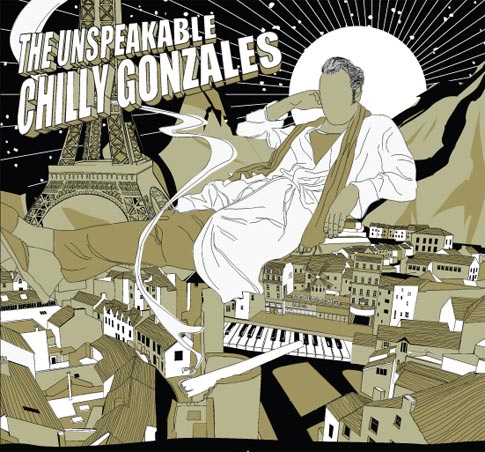 Chilly Gonzales’ next step after his brilliant Ivory Tower album and movie last year will be The Unspeakable Chilly Gonzales Suite, an all-orchestral rap album out on June 6th with live shows to follow.

Accompanied by Hollywood swells, tympani rolls, noble French horns, hypnotizing bells and influenced by Prokofiev, Morricone and Phillip Glass among others, this record is Chilly Gonzales’ ‘professional confessional’, revealing more of himself on these monologues than ever before.

Accompanied live by a chamber orchestra, Chilly Gonzales will explore the idea of what a modern maestro is. The arrangements by his Hollywood film-composing brother Christophe Beck, take center stage alongside Gonzo’s eccentric personality.