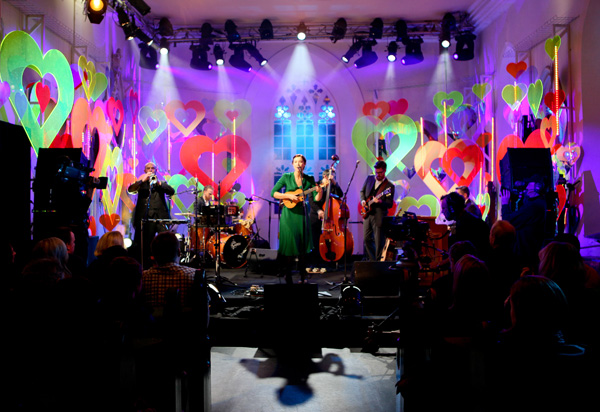 Last year’s 10th anniversary of Other Voices and a show in New York was such a success that this year and next, the show will be taken on the road.

Details so far with more to be announced are:

St. James Church, Dingle; December 1st – 3rd.
Villagers, Paul Buchanan, SOAK, The Unthanks, Local Natives, The Strypes, Kodaline, The Staves.
– Live show Hosted by Aiden Gillen.
– Aaron Dessner of The National is curating one of the nights.
– The Music Trail with bands playing in venues and pubs of the town.
– Jim Carroll’s Banter talks
– Deezer will be streaming the content from Dingle.

Other Voices Dingle is a lot of fun and even if you don’t get into the church for the gigs, they stream the gigs in the pubs of the town. Well worth a visit. Further lineup info and details on how to win tickets will be announced shortly. See OV Facebook and Twitter. Other Voices is supported by Fáilte Ireland, the Department of Arts, Heritage and the Gaeltacht.

Foals are playing Dublin in February