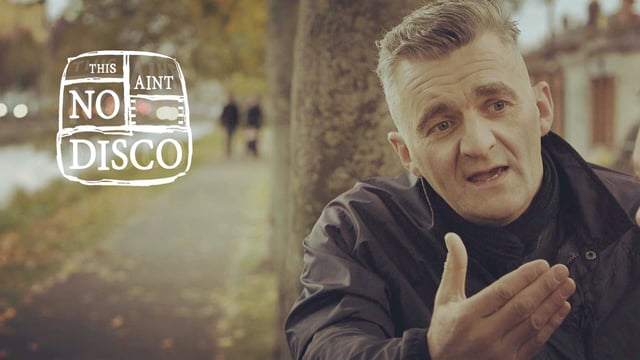 Donal Dineen is known as a radio presenter, DJ and the TV presenter of No Disco.

No Disco, in case you are unaware, was a TV show that ran on RTE from 1993 and 2003 and was the only TV outlet for alternative music. Dineen was its first presenter and he was followed by Uaneen Fitzsimons and Leagues O’Toole.

Lately, there are rumblings from camp Dineen along with Myles O’Reilly of Arbutus Yarns have joined together in a nod to the past under the title This Ain’t No Disco (Facebook) and there’s a new video with Dineen talking about No Disco and what could and is, coming next.

“It’s a golden generation for Irish music”, “There are so many disenfranchised people of our age who know nothing of what’s out there”.

We are beginning a new music show, not like any other show. We want to bring musicians and visual art together in to a space where we can nurture and document each collaboration to create improvised, visceral and organic live performance films. We’ll walk and talk with some of our personal music hero’s, to journey and meet their own music heroes. I think its time that all our passions combined opens a discussion, and we make the best possible effort to help showcase the true and sincere, deep and unearthed network of raw talent in this country, and paint them in the most beautiful light.

Watch the Music For 18 Machines mini-documentary