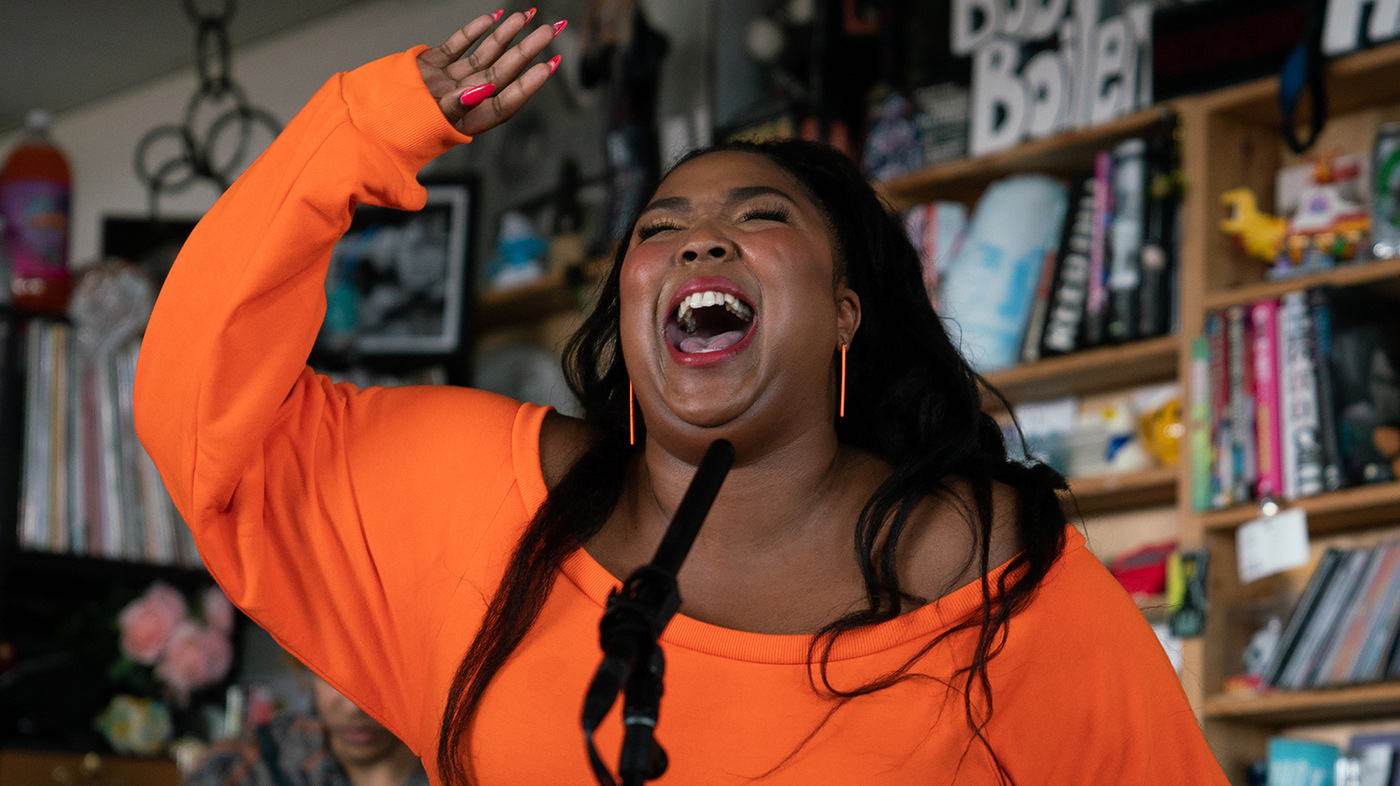 Lizzo is the latest artist to appear on NPR’s Tiny Desk Concert and charmed the room of radio staff, friends, family and baby. She plays ‘Juice’, ‘Truth Hurts’ and ‘Cuz I Love You’ and yes, her flute, nicknamed Sasha Flute makes an appearance.

Once we opened the room, there were as many people as we’ve ever had at a Tiny Desk concert, hanging on Lizzo’s every word as she held court and waited for the cameras to roll. She literally needed no introduction; one of us usually says a few words and gets the crowd to applaud for the start of the performance, but Lizzo was master of ceremonies from the second she walked in. Naturally, she needed all of two seconds to blow everyone’s hair back once more.

Everything around the singer must have felt alien to her, starting with “this tiny-ass desk” and continuing through the crowd — perched mere feet away, with only a bit of office furniture and a few cameras as a barrier — and a backing band assembled, at Bob Boilen’s request, just for the occasion. Lizzo usually performs with dancers and a backing track; the former, though much-missed here, stood in the crowd and bobbed along, while the latter got mothballed in favor of slyly funky arrangements. Together, Lizzo and that brand-new band preside over three songs from Cuz I Love You: the aforementioned title track, “Truth Hurts” (so winning, in spite of its repeated references to the Minnesota Vikings) and the literal and figurative show-stopper, “Juice,” which gave her the opportunity to pick up the flute she’d been waiting the whole set to bust out.