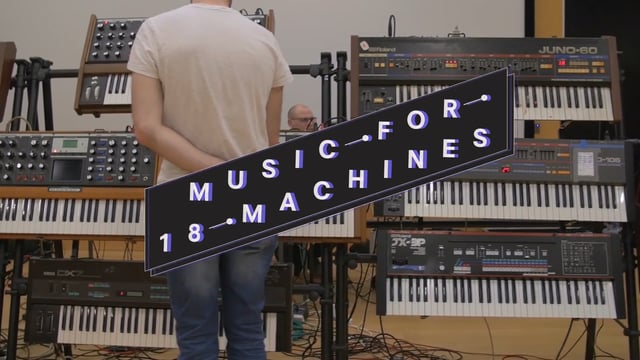 Music for 18 Machines is a reimagining of Steve Reich’s minimal 1976 piece Music for 18 Musicians which focuses on synthesizer performance. It was conceived by Simon Cullen (Synth Eastwood, Lasertom, Ships) with help by Neil O’ Connor (Somadrone) and was presented live in the Button Factory in September.

Featuring 18 synthesizers on stage, unique visuals by Anthony Murphy of Shadowlab and a shaker by Liam Caffrey, it was a breathtaking show, part installation, part experiment, part live gig and part hypnotism. The precision and craft, the production and detail in the show was world class and no doubt we’ll be seeing it again soon. It deserves to be seen.

Eoghan Kidney’s short film above goes through the work involved and features some footage from the night.

Run The Jewels’ song for Halloween is pretty filthy