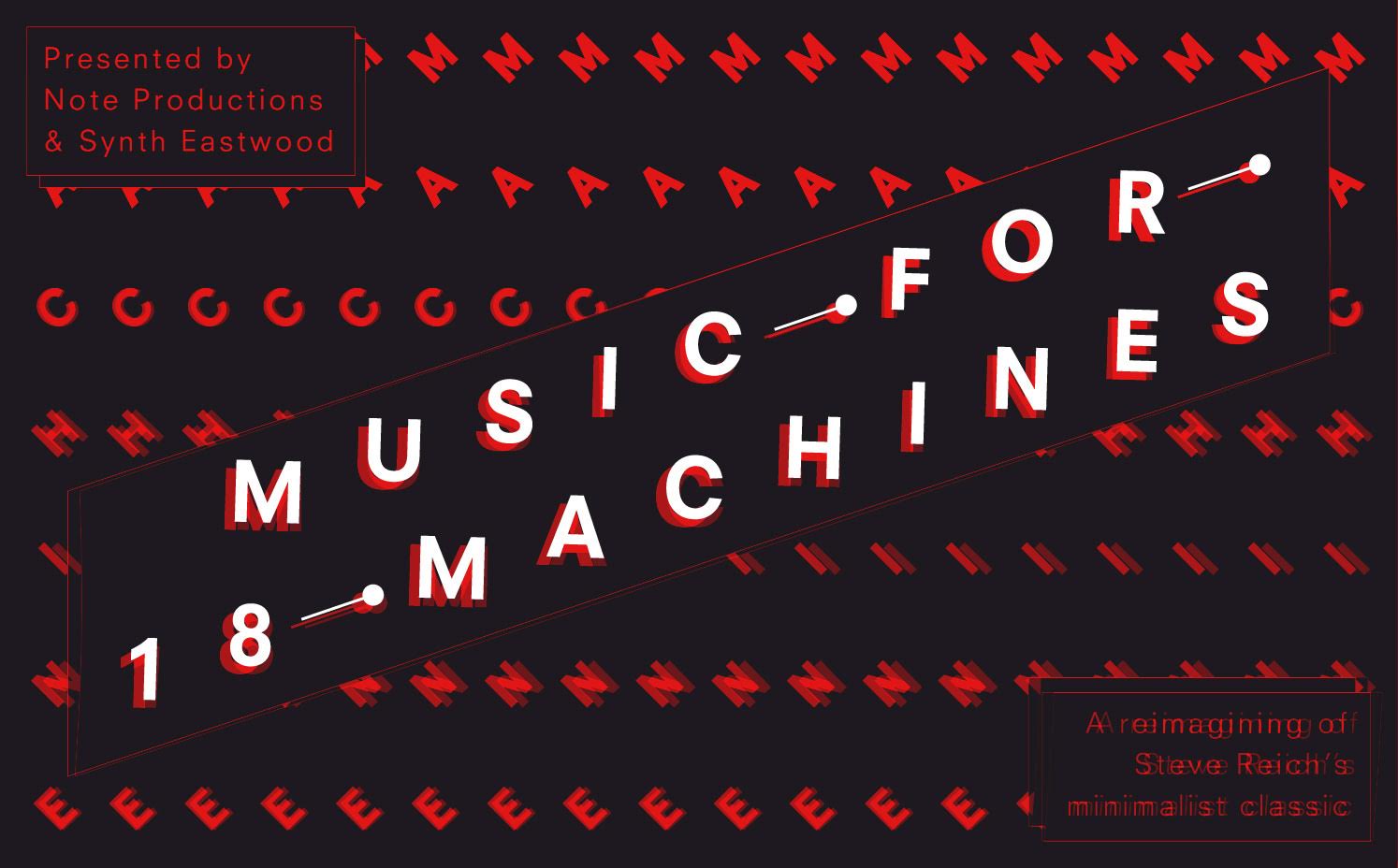 Music for 18 Machines is a reimagining of Steve Reich’s minimal 1976 piece Music for 18 Musicians on its 40th anniversary and is a co-present between Note Productions and Synth Eastwood and was conceived by Simon Cullen (Synth Eastwood, Lasertom, Ships) and he will be joined on stage in the performance by Neil O’ Connor (Somadrone).

The pair will utilise 18 synthesizers on stage. 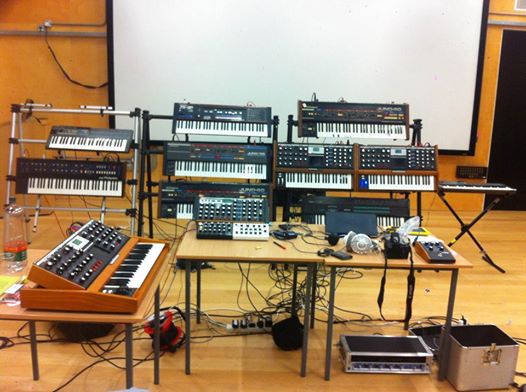 Reich’s work is a blueprint of the minimalist movement – an exploration of pattern and process which morphs into a psychoacoustic experiment that posits the question ‘what happens when a group of musicians are asked to perform like machines?’

Music for 18 Machines reverses this process somewhat and seeks to coax an expressive and emotive performance from 18 electronic instruments triggered by a single sequencer.

The show will also feature artist Anthony Murphy (Shadowlab) who has created a new illustrative interpretation of the processes and patterns embedded in the work.

The date for diaries is the 15th of September 2016 at the Button Factory in Temple Bar. Tickets are €15+fees from UTicket.