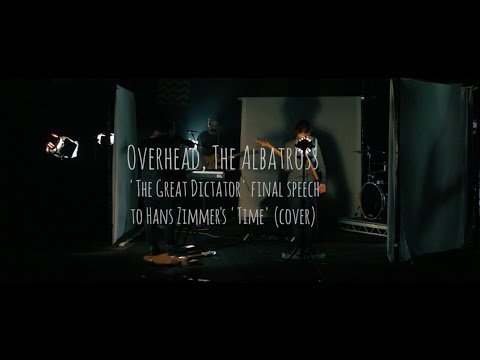 Overhead, The Albatross have a headline gig coming up in Dublin’s Vicar Street so to promote it they took to the venue’s stage and filmed their cover of a song that Hans Zimmer wrote for the Inception soundtrack with added Charlie Chaplin via The Great Dictator.

It was shot by Bold Puppy.