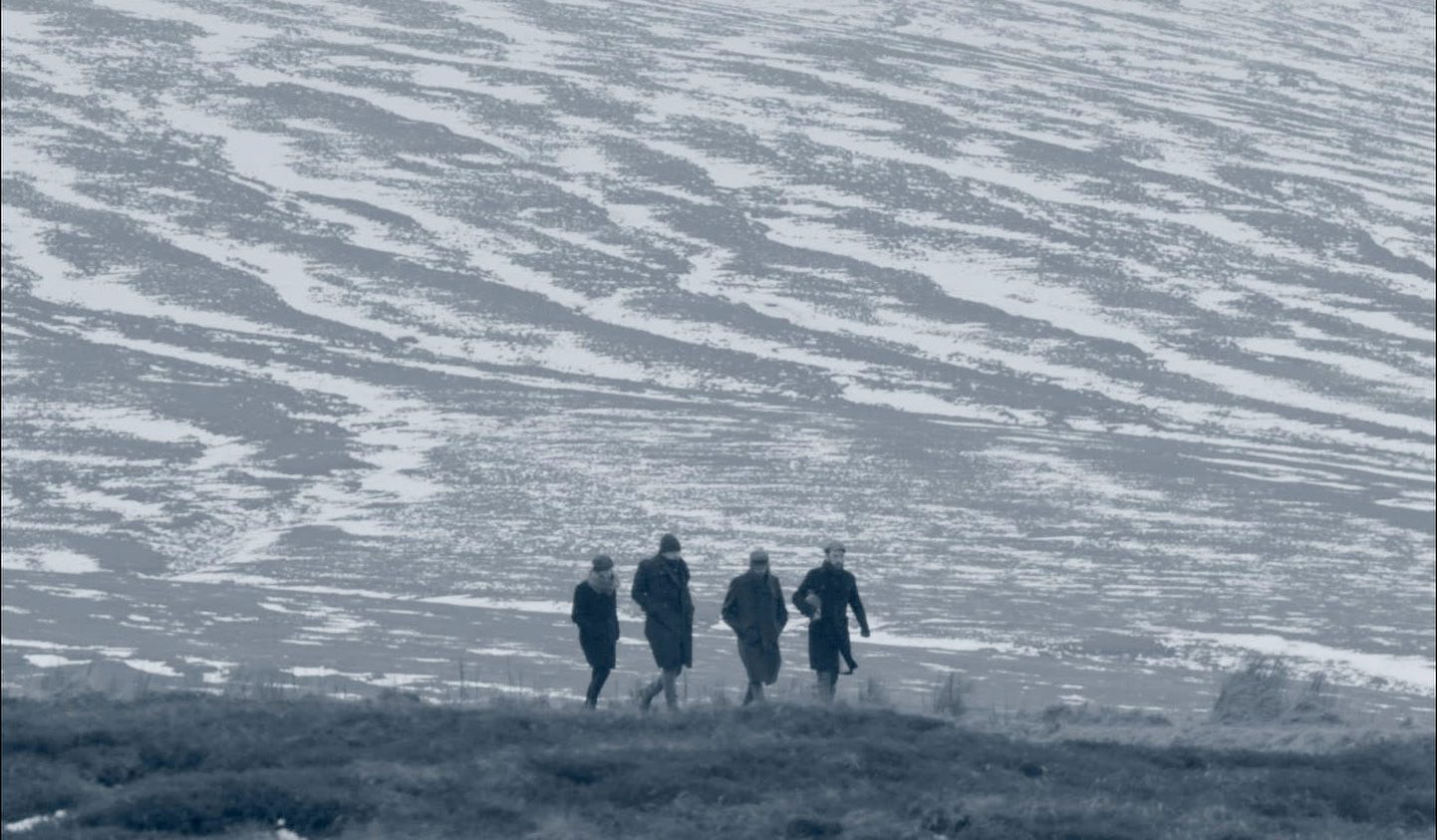 
We look for signs that Dublin’s heart’s still beating,
That concrete and glass and peelers and mass, they haven’t stopped the people from screaming,
Being trapped by all the cameras you’re inclined to stay at home,
And forget some songs were written to remind you you weren’t born

Lynched sing about realities, often harsh and often, not repeated enough. ‘Cold Old Fire’ feels particularly pertinent in a time where our politicians delay the dealings of a post-crash state in the name of keeping one hand desperately gripped on the slippery chalice of power.

Lynched’s traditional ballads also draw us back to our cultural past, also prominent in this centenary year. They are one of the few acts immersed in our past and communicating in the present.

For this new ‘Cold Old Fire’ video by Luke McManus, we are introduced to a raw Radie Peat singing sean-nós at a funeral, with a song, ‘Caoineadh na dTrí Mhuire’, she learned from her own grandmother, recently deceased. That director’s cut intro gives way to the band in monochrome in the winter snow in the Wicklow mountains. The song feels like a catharsis from pain and a new purpose to those listening.

More on the video from Luke.

Lynched play the BBC Folk Awards tonight where they are nominated for Best Album, Best Band and Horizon Award. You can watch the ceremony on BBC or hear it on the radio.

Get their album on Bandcamp.

See upcoming tour dates including Castlepalooza, Earagail arts festival Letterkenny and the UK for much of the rest of the year or on Facebook.

Check out a great track from Dublin label compilation Furtive