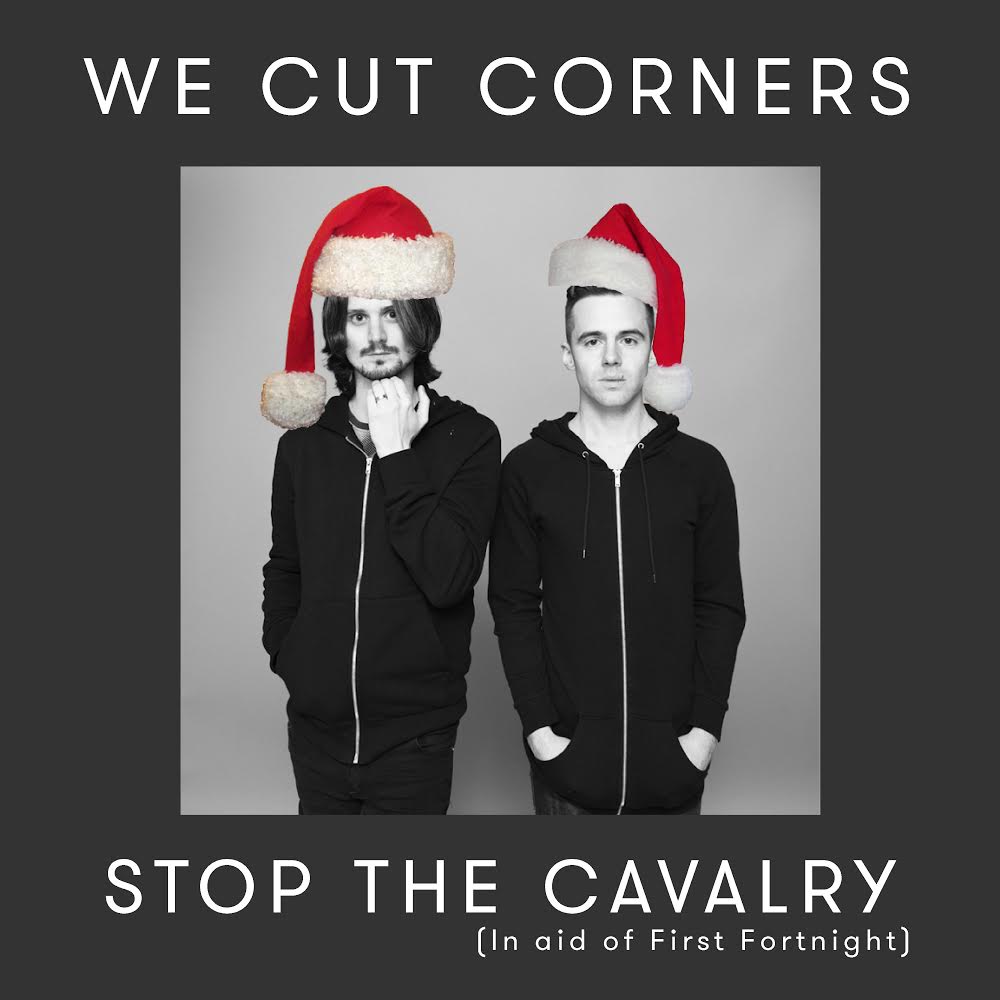 We Cut Corners have covered the Jona Lewie Christmas classic ‘Stop The Cavalry’ in aid of First Fortnight, the mental health festival which is happening in the first two weeks of January.

‘Stop The Cavalry’ will be released on Friday as a digital download from iTunes.

We Cut Corners will headline the First Fortnight Festival at The Button Factory on Saturday 10th January.

See the full lineup of events including Trailblaze and music from I Have A Tribe, Booka Brass Ban, screenings, poetry and a walk around Stephen’s Green with a headphone splitter and a shared playlist.

The band said this about the track:

“It’s our favourite Christmas song and since we first played it live in Dick Mack’s pub in Dingle during Other Voices a couple of years back, we’ve wanted to record it for Christmas. When we were asked to be part of First Fortnight 2015, it seemed like the perfect time to make that happen. We’ve been very lucky to have the help of some great musicians to include strings and brass on the recording, which we finished just a few days ago in Orphan Studios in Dublin. Hopefully it can play a part in raising awareness for First Fortnight 2015, and with some downloads make a contribution towards this year’s fundraising for the charity.”