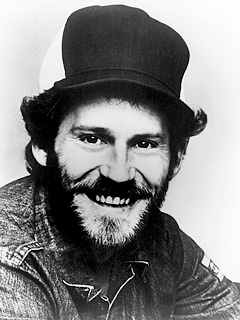 
…Watch The Last Waltz in tribute to Levon Helm who passed away yesterday. The Band’s drummer and singer was 71. I don’t have an intimate knowledge of the discography of the man but I will say this: Scorsese’s The Last Waltz film of The Band’s farewell gig is the greatest music concert I’ve ever seen committed to film (It’s not without its flaws). It has personal significance to me as I was introduced to it by Aoife when we started going out so it’ll always remind me of that time, particularly ‘The Weight’ (actually recorded separately from the gig) where you seen Helm leading the song and the Staples singers bringing majestic touches of soul. Rick Danko delivers a spirited (perhaps in more ways than one) enthusiastic verse. The whole performance of this song encapsulates all that’s good in music. While the film includes Neil Diamond, Bob Dylan, Joni Mitchell, Eric Clapton and a high-kicking slightly hilarious but amazing Van Morrison performance, it’s the presence of The Band that shines and leaves the ultimate impression. Helm was at the heart of it all. R.I.P.

‘The Night They Drove Old Dixie Down’ is another favourite.

Time’s look at the the film and how Helm actually hated it.