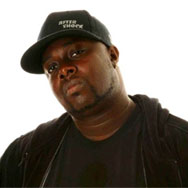 Maybe I should have waited another week to bring this feature back from its Christmas break. Not much on really apart from Henry Rollins, Neosupervital, Wounds for free, The Jimmy Cake in the Odessa, !Kaboogie’s 4th Birthday bash with Terrah Danjah (above with great tune below) and the weekly clubs. Obviously I didn’t mention Wolfmother cos they are shit.

Thursday 14th January
– Zealots, The Civilians, Katie and the Carnival @ Whelan’s Upstairs (€10)
– The Jimmy Cake – The Odessa (€TBC)
– Choice Cuts: The Beatdown with Handsome Paddy @ The Pygmalion (Free)
– Soundcheck @ Spy: Ceol Ar An Imeall preview (Free before 11pm, €5 after – Screening of The Room from 9:30pm)