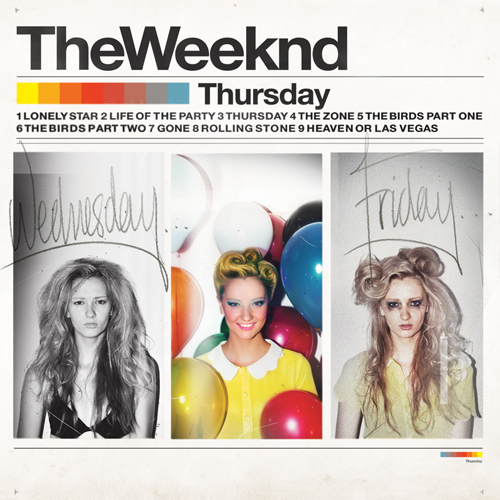 Fittingly, Toronto’s Abel Tesfaye aka The Weeknd waited until the nocturnal hours of Thursday night to post the second instalment of his mixtape trilogy Thursday and the followup to the brilliant hardly-ever-off-the-stereo House Of Balloons (The third part is called Echoes of Silence and is expected before the end of the year).

‘The Birds Pt. 1’ and ‘Rolling Stone’ were previously released. Drake pops up on a verse on ‘Zone’ but otherwise, it’s business as usual and that business is alluring as ever – sex, drugs and R&B.

The Weeknd – Thursday by The_Weeknd

Live footage of The Weeknd’s first ever gig.

Previous posts on The Weeknd.