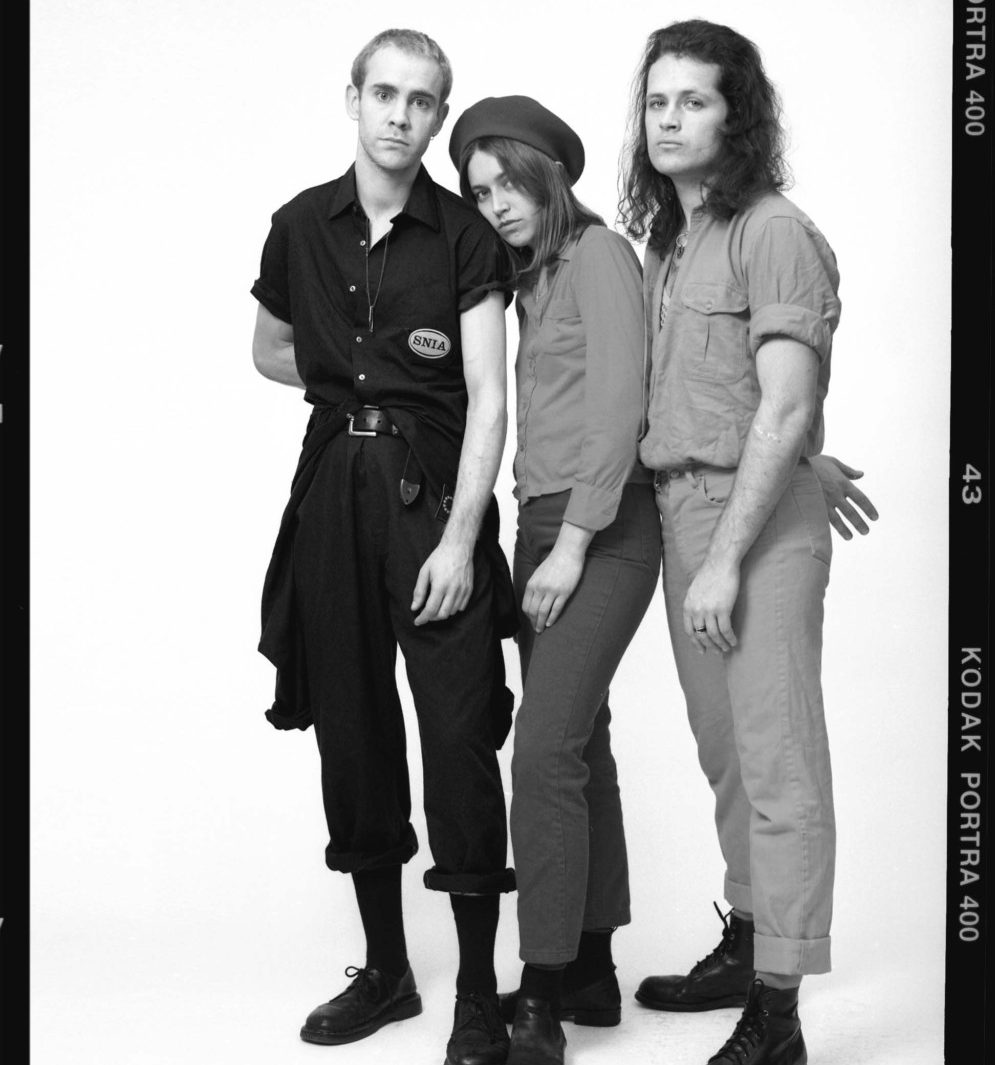 Whenyoung are a new London-based pop punks made up of Irish musicians Aoife Power (Vocals/ Bass), Niall Burns (Guitar), Andrew Flood (Drums). They are all from Limerick and met when sneaking into Costello’s Tavern early on.

After bonding over cheap vodka and the sound of The Velvet Underground, they began playing music together and moved to Dublin to seek some big city excitement. Developing their sound, still with a DIY approach, the band moved to London and last year became Whenyoung.

Whenyoung’s debut single ‘Actor’ is a sweet and melodic punk-leaning rock song with production by by Chris Hayden (Florence & The Machine), that will come out on November 24th on on Hate Hate Hate Records (Fat White Family, The Wytches, Theo Verney). The band are on tour with Superfood at the moment in the UK. Live, their striking custom-boiler suits made in collaboration with itchy Scratchy Patchy make them stand out too.

I’ll be checking back in with them in future.