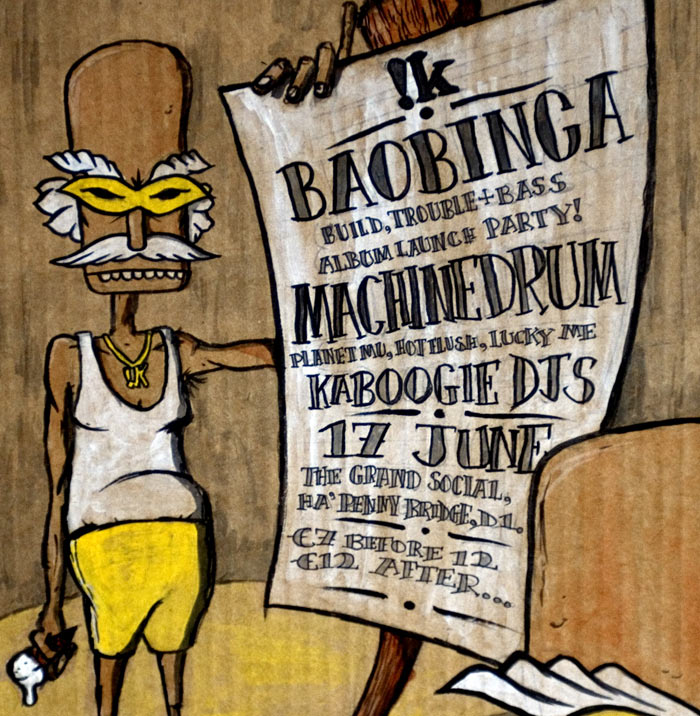 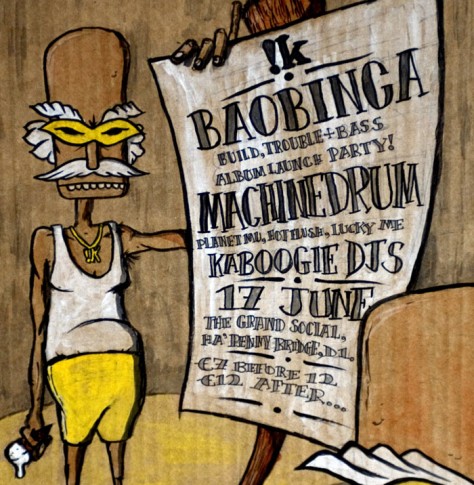 !Kaboogie’s finest line-up in a while takes place in The Grand Social, Dublin this Friday night with Machinedrum and Baobinga playing from 11pm with !Kaboogie DJs. Tickets are €7 before midnight and €12 after. I have two pairs of tickets to giveaway so leave a comment below to be in with a shout for the tickets.

Machinedrum’s forthcoming debut album on Planet Mu Room (s) is released on July 25th and focuses on a 160bpm footwork template rather than the relatively laid back hip-hop of previous releases. Last week, the four-track Sacred Frequencies EP was released.

More info on the gig on the Facebook event.

Here’s the brilliant B-side to the ‘Alarma’ 12″ coming soon on Lucky Me.
YNY by machinedrum

Baobinga meanwhile, will release the collaborative album Joint Ventureswith other bass artists including as Ginz, Hyetal, Guido and xxxy on June 27th on Build Recordings.