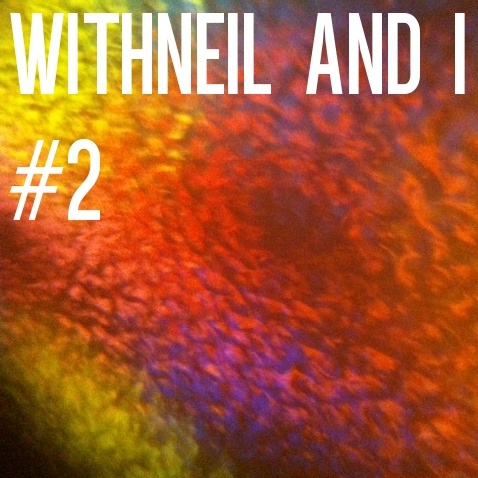 
Neil Burns is a musician, songwriter and producer who namechecks Derry, Donegal and Down as home(s). Burns who has released an album under the projects Comrade Hat, under his own name, a Derry Soundscape project and collaborated with Paul J. Fox but it’s his solo production work I’m interested in today.

As Withneil And I, Burns has delved into electronic music across two short EPs, the second one, helpfully titled EP 2, has just been released on Bandcamp and it’s a fine intro to that facet of the man.

‘Tír na nOdd’ revels in aquatic atmospheric textures of Fade 2 Mind recording artists and chilled-out passages that recall The Orb, ‘Inner Magnolia’ is a pleasant dreamy meander through percussive hits, bass notes and piano chords and ‘Cosmos Duit’ goes heavy on the low-end for some psychedelic draggy trap beats. To be encouraged.