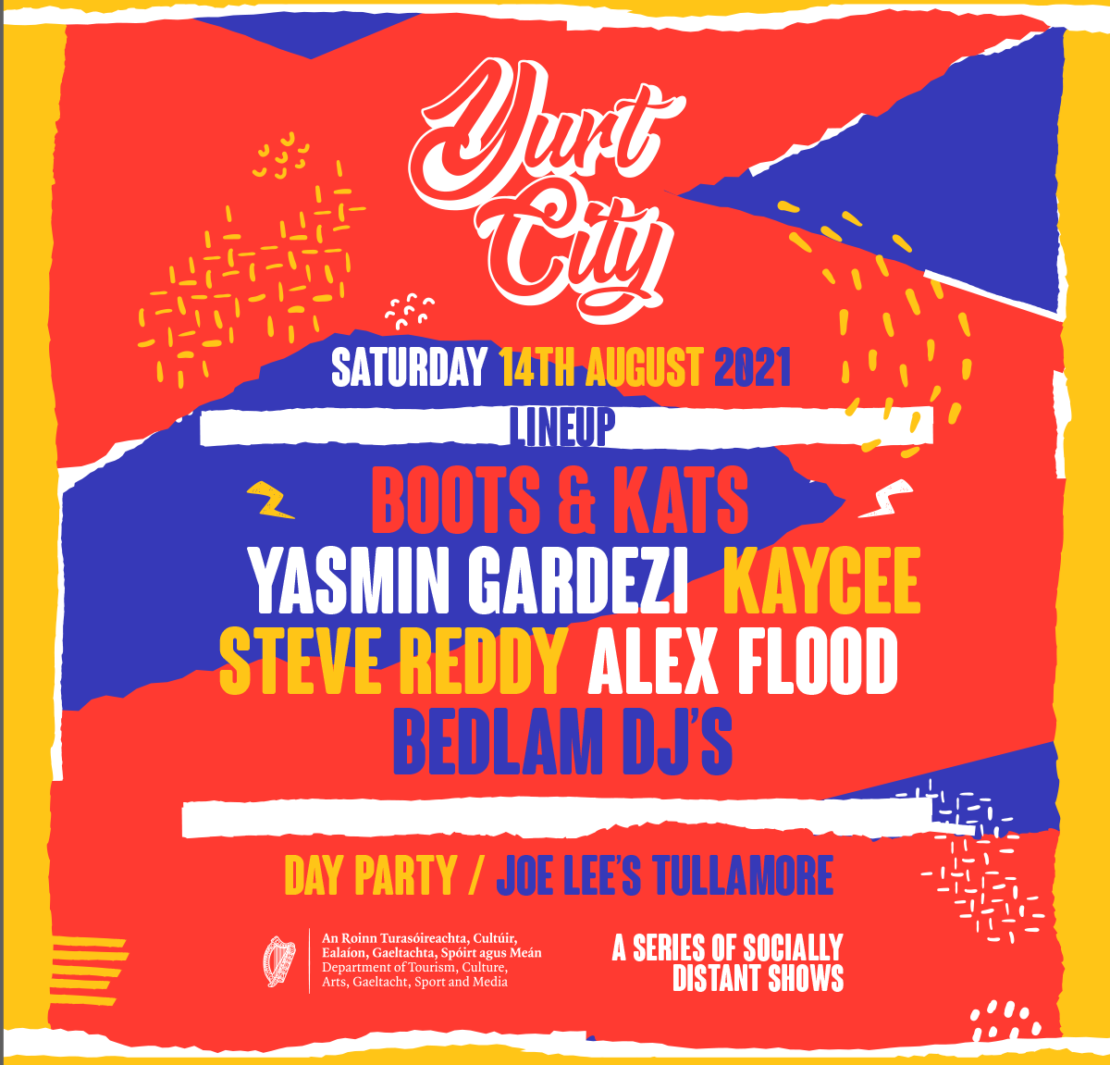 Yurt City is a festival curated by the dance duo Boots & Kats which was waiting to find out if a roadmap would allow them to go ahead in People’s Castle, Tullamore, Co. Offaly.

Alas, the festival has announced that it has moved to August 2022 but not without peppering that disappointment with some good news.

Those who bought tickets for the event already will be automatically elligible for 2022’s event, and in a nice touch, the organisers have given a free guestlist to anyone who has bought a ticket to say thanks for sticking with them. More info here.

The other good news is that Yurt City: New Beginnings, a limited capacity socially distant event is taking place thisSaturday August 14th at Joe Lee’s Tullamore, with thanks to the LPSS funding from the government.

So if you fancy an actual gig this weekend outdoors you can go see:

There are two shows this Saturday at 1pm and 7pm. The day show currently has tickets.

Fontaines D.C. & For Those I Love nominated for an Ivor Novello songwriting award