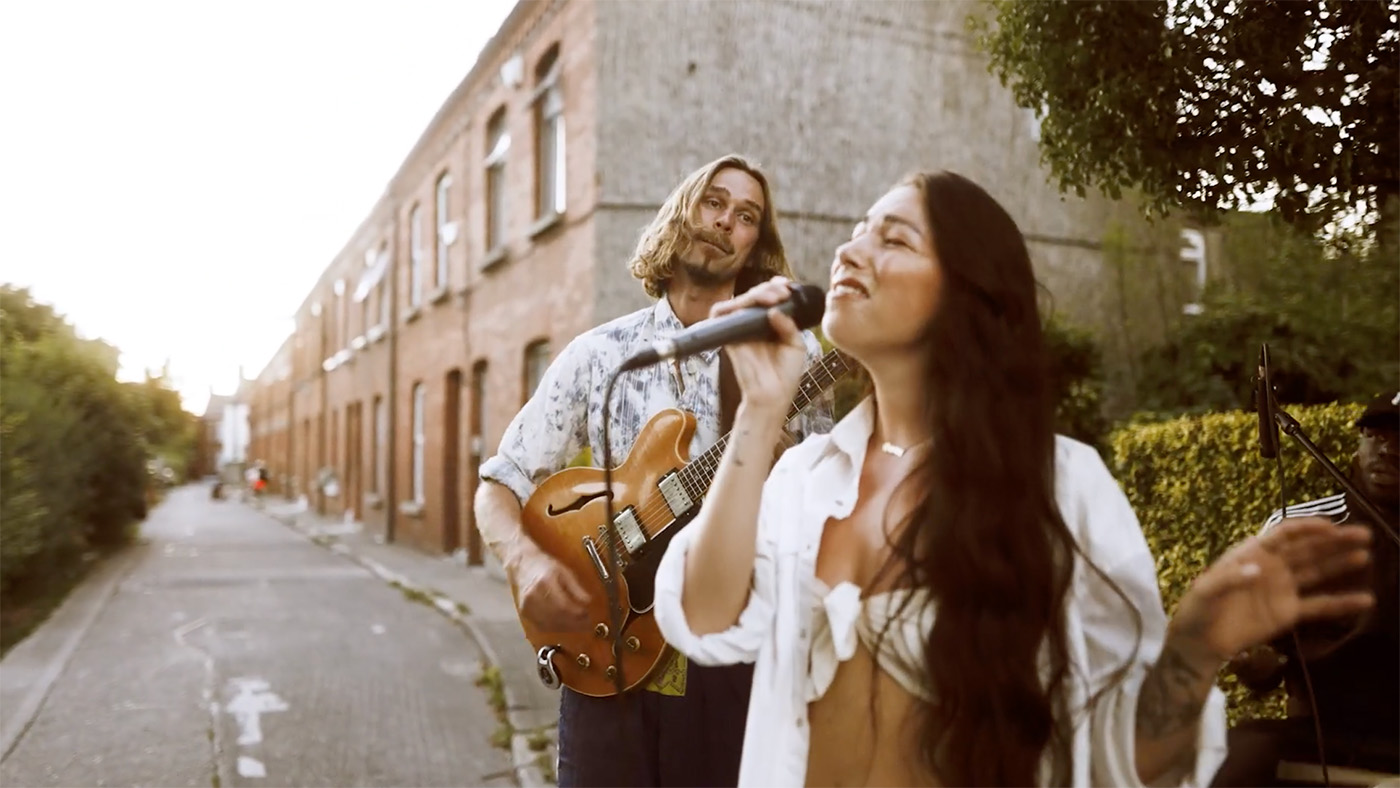 ‘Just For One Day’ features the vocal talents of Melina Malone, which is drawn from Zaska’s forthcoming sustainability-focused second album A Better Way, due out on October.

Today, a gorgeous performance video by Max Zaska / COLLECTiVE FilMS arrives with Zaska, Malone and band performing in a residential area in Dublin. It feels like the last throes of summer.

The track is a love song to Mother Earth, with gentle guitar and band instrumentation underscoring the message.

“This was one of those lovely songs where the lyrics just fell out of me. I wrote it with the idea of it being a love song. Then Max told me about the concept of the album and how he saw it as if I were singing from the perspective of Mother Earth asking us to love her as much as she loves us. I thought that was such a beautiful interpretation.” Malone continues, “The song is ultimately one of hope, that if we can keep going just for one day, that maybe we’ll be alright after all.”

‘Just For One Day’ is the second ZASKA track to be released on edbl recordings, the UK label of singer-songwriter, producer, and guitarist edbl.

Basic Income for the Arts pilot scheme awarded to 2000 artists