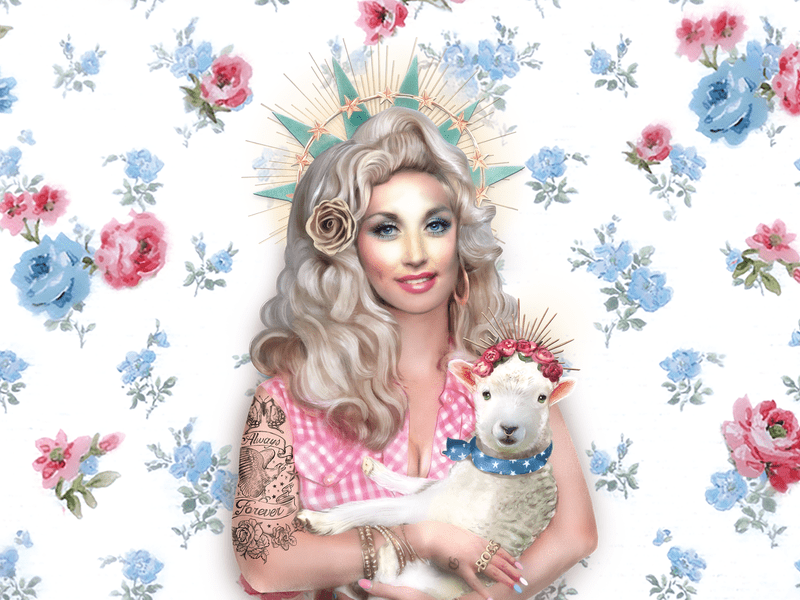 When not listening to music, you can probably find me listening to a podcast while out on a walk or a drive. We’ve recommended some music pods here before of course but there’s always new ones to add to your podcast feed subscriptions.

Obviously, we have the Nialler9 Podcast we do weekly for you to check out so we didn’t include that here and our Irish peers No Encore, The Point of Everything, Irish Music Industry Podcast, The Thin Air, Mabcast, Soul Doubt, and The Last Mixed Tape are ones you should already be aware of, but here are 10 favourite recent music podcasts I loved.

For the first two seasons of Slow Burn, the subject of the narrative episodic series were big political scandals: The Watergate Scandal and the impeachment of Bill Clinton. Both were riveting listens but season three presented by Joel Anderson delves into the life and unsolved unresolved murders of iconic rappers Tupac Shakur and The Notorious B.I.G.

Start with this episode: S3 EP1: Against The World

Malcolm Gladwell and Rick Rubin’s Broken Record podcast (along with Bruce Headlam and Justin Richmond) bills itself as “liner notes for the digital age” and features interviews with some of the biggest names in music from Tyler, The Creator to The Black Keys to Norah Jones to Bon Iver for captivating discussions about creativity, process and everything in-between. Most recently, episodes with FKA Twigs and Andre 3000 are must-listens. The latter is particularly worth your time with the often reclusive Outkast star candidly discussing coming up in Atlanta, questioning your own creativity, facing anxiety, mental health and sharing his ambition of just wanting to play a bass clarinet in the park.

Start with this episode: Andre 3000 in conversation with Rick Rubin

Welcome to The Dollyverse. Dolly Parton’s America is a deep dive into the life, songs and attitudes and opinions of the most iconic American country music singer Dolly Parton. With a lot of interview time with Dolly herself, thanks to Ms. Parton’s relationship with the author’s father, a doctor in Nashville. From her time on TV with Porter Wagner to growing up in the foothills of her Tennessee mountain home and through the stories of her biggest songs ‘Jolene’, ‘I Will Always Love You’ and ‘9 to 5’, this podcast is a character study of someone who has made longlasting connections with fans and deliberately skirted controversy in her long career.

“A show about hip hop’s most iconic moments, told by the people who lived them.” Mogul is a show currently split into two distinct seasons, Season One of Mogul told the story of Craig Lightly, the manager of Foxy Brown, Fat Joe, Missy Elliott, Busta Rhymes, LL Cool J and 50 Cent who was found dead in his home in the Bronx in 2012. Season two moves to Miami and explores the birth of Miami bass and 2 Live Crew’s notoriety.

Start with this episode: S2 EP1: The Walls Were Sweating

Switched On Pop is a podcast hosted by musicologist Nate Sloan and songwriter Charlie Harding explores the motifs, chord progressions, trends and techniques that make pop music tick. Recent episode subjects include the music of Tik Tok, the duende and flamenco influences in the music of Rosalía, a brief history of men singing really high, the smooth sound of NPR Morning News and why ’90s pop so bizarre, often with well-known guests dropping in.

Start with this episode: Why is ’90s Pop So Bizarre?

Popcast is the New York Times weekly podcast with its music critics discussing music of the moment. They generally deep dive debate into a particular artist, trend or album at one time. Recent episodes include Would Prince Have Wanted His Rough Drafts Made Public?, Kanye West’s ‘Jesus Is King,’ From the Gospel Perspective and How Does Post Malone Sound Like Everything and Nothing?
Start with this episode: Were These the Best Albums of the 2010s?

Following on from their U2 Podcast U Talkin’ U2 To Me? where Adam Scott (Parks and Recreation) and Scott Aukerman (Comedy Bang! Bang!) go through the discography of U2 while having fun with made up facts and mispronunciations of the band members’ names, albums and songs, the music of R.E.M. was next on R U Talkin REM RE: ME?. Loosely following the chronological discography of the band, Scott and Scott share personal memories and experiences of their time with the band’s music but are never far from some stupid madeup joke about the band that keeps you coming back, even if you’re not a fan.

Start with this episode: Automatic For The People.

BBC Radio One DJ Phil Taggart’s Slacker Podcast delves into the back catalogue of one artist every week in conversation with that artist as a real life guest, as a companion piece to the Slacker book from last year. Guests include Wolf Alice, Hozier, Kate Tempest, Chvrches, Manic Street Preachers, Pete Doherty, Dizzee Rascal and more. Each episode starts with an early demo of a song and goes from there.

Start with this episode: Wolf Alice

Stay Free: The Story of The Clash

Hosted by Public Enemy’s Chuck D, Stay Free: The Story of The Clash is an 8-episode series produced by BBC and Spotify Originals explores the rise and fall of the iconic punk band who delved into dub, reggae and politics.

Each episode of John Kennedy’s Tape Notes Podcast brings together an artist and producer to discuss a recent album collaboration in the studio. Sometimes, they are both the same person or people like Floating Points and Little Dragon and guests pairings include Ibeyi and Richard Russell, Kate Tempest and Dan Carey, Marika Hackman and David Wrench.

Start with this episode: 29: Floating Points