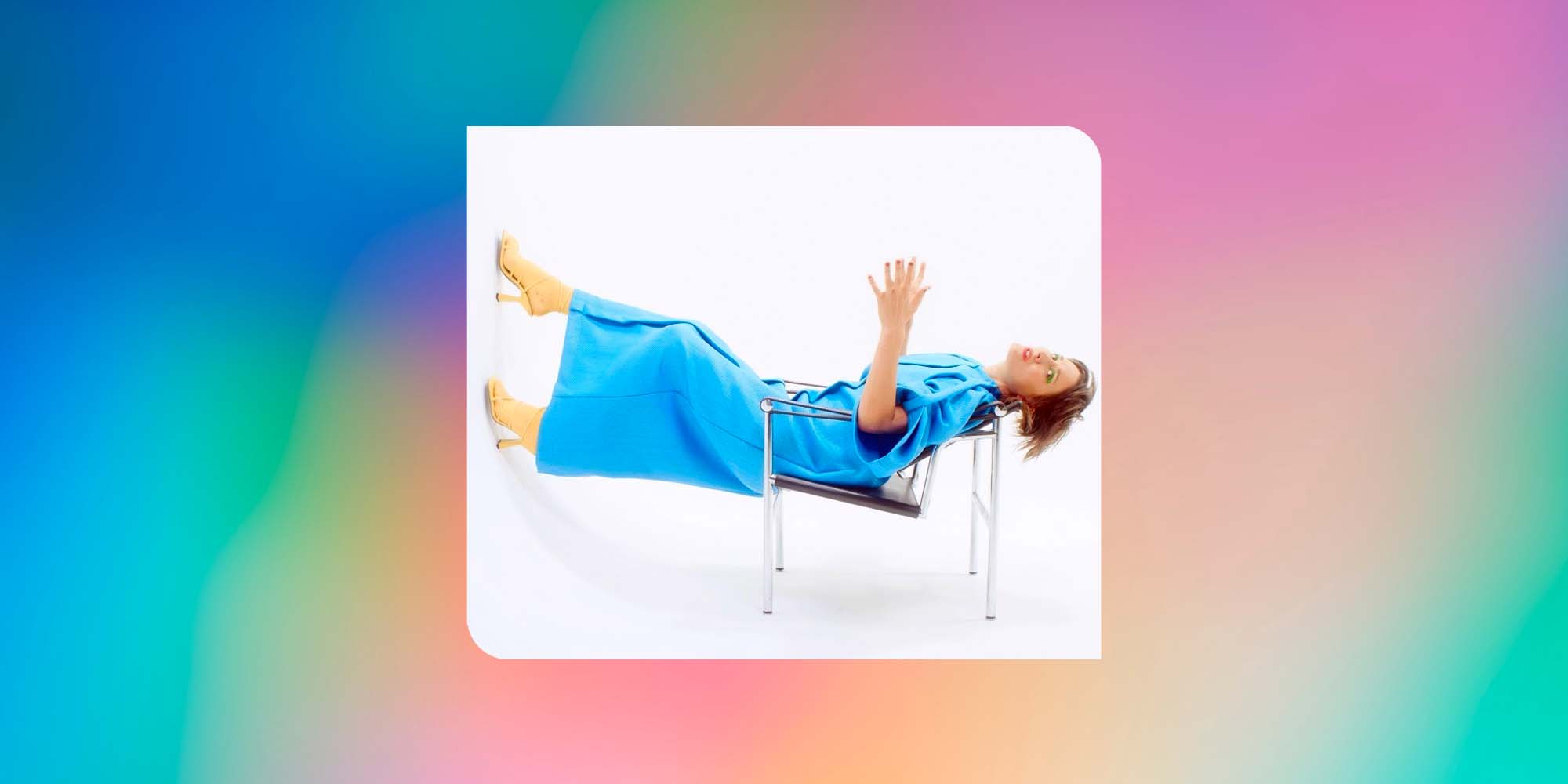 It’s funny how things can change so quickly. Only last week on our Discord, I was talking about how I never really got Cate Le Bon. There was always a tune or two from the Welsh artist’s albums which chimed with me, but overall, not so much.

All that has changed with the release of her sixth album Pompeii last Friday, a fantastic album of psych-avant-jazz-pop songwriting. My way in was ‘Moderation’ built on a bass-guitar line, shimmery guitar and Le Bon’s commanding melodies.

Le Bon says ‘Moderation’ is “a nod to the daily dilemma of trying to curb inherited and novel habits, when you want to eat the moon, and an essay written by the architect Lina Bo Bardi in 1958 that continues to kick hard.

As we await the eventual full release of Beach House’s new album Once Twice Melody on February 18th (the band have released much of the album in chapters in advance), I’m personally happy sticking to this gorgeous track for now, one of the band’s best in a long time.

If you were looking for the 2022 version of the Skatt Brothers’ ‘Walk The Night’ congratulations you’ve found it. And of course it’s on Soulwax’s Deewee label.

From the Strangers Hands EP.

Dublin five-piece Silverbacks released a fine second album, Archive Material, last month and this Talking Heads / Talk Talk slice of punk-funk is my favourite new discovery on it. Give me those dry drums!

The electro duo Boy Harsher’s ‘Autonomy’ softens the duo’s trademark darkness in favour of a lighter number which sounds like a Human League track with vocals by Cooper B. Handy of the band Lucy.

The band’s new album The Runner released last month, doubles as soundtrack album for a short film they made. It’s out now via Nude Club/City Slang.

The film, written, produced, and directed by the duo, is a horror film attached to a meta-style “documentary” about Boy Harsher’s recording process. It premiered on the horror streaming platform Shudder.

Jackie Down The Line

The Dublin band released the first taste of new music from their forthcoming third album Skinty Fia, which is due April 22nd on Partisan Records.

‘Jackie Down The Line’, reminds me of early Manic Street Preachers, Stone Roses and Nirvana’s In Utero musically. It’s a darker, lower dirge, a deeper sink for the band’s guitar music, setting up an entirely different prospect for album three.

Curry announced a new album Melt My Eyez See Your Future and a Dublin date recently, and this new Kal Banx-produced song ‘Walkin’, which has only grown in stature since release. The vocal sample is from a Keith Mansfield track.

Tokyo producer Soichi Terada has long plied a trade of house music way back to the 1990s. A Hunee-curated retrospective album in 2015 released on Rush Hour, put him back in the spotlight, and a new album Asakusa Light was released at the start of the year, his first album in 25 years.

For which, Terada, tried to recreate the processes that defined his early work with the same equipment (drum machines, synths). ‘Bamboo Fighter’ is an example of the producer’s warm-hearted house music.

The Sun Is Bored

British singer-songwriter Bill Fay released his self-titled debut and its 1971 follow-up, the psychedelic-folk record Time Of The Last Persecution and then he apparently walked away from the music industry.

Still Some Light Part 1, on the Dead Oceans label, is a collection of Fay’s archival recordings from 1970 and 1971.  Many of the songs are intimate sketches which were eventually re-recorded for Fay’s albums, and that demo quality gives these songs a whole new perspective in which to appreciate his artistry and lyrics.

Charlotte Adigéry and Bolis Pupul will release their debut album Topical Dancer on March 4th on Soulwax’s DEEWEE label, and their new song is all about clichés.

“This song is an accumulation of all the cliché lyrics so often used in pop music. It came about when we were touring and heard a song on the radio opening with “I was walking down the street” which made us strongly cringe. But the thing is, cringing is a shared passion of Bolis and I. So we passionately made a song out of it called ‘Ceci n’est pas un cliché’. ” – Charlotte & Bolis

King Gizzard and the Lizard Wizard

DJ Shadow tackling the prolific Australian band who I can’t keep up with. His take on ‘Black Hot Soup’ is a big beat Skint Records breakbeat groove. The original features on their 2021 album Butterfly 3000, and this version is on a remix album.

‘Champion’ is a very strong return for the much-missed Warpaint. Radiate Like This is their new album out on May 5th.

Belfast alt-rock band Junk Drawer have released the great-titled ‘Tears In Costa’, a song from their forthcoming EP The Dust Has Come To Stay, out on March 11th. The EP via Art For Blind Records was recorded with the ever prolific Chris Ryan (Just Mustard, NewDad, Robocobra Quartet).

The song comes with a surreal video by Graham Patterson with a bonus performance of Willie Nelson’s ‘Crazy’.

The song featured in Irish tracks of the week.

Wet Leg have since released a new single since ‘Too Late Now’ but the November-released song is worth highlighting here, as if you think Wet Leg are all novelty lyrics and short-lived thrills then think again. Their self-titled debut album is out April 8th.

It’s from their forthcoming fifth album Famously Alive out on March 25th on the label.

Need To Feel Your Love

The Kilkenny duo 49th & Main released the rodeo doors (COVID TAPES) EP  in January, a low-key collection of music made in 5 days. ‘Need To Feel Your Love’ with Chameleon on board is pleasingly reminiscent of Jungle.

A three-way collab that feels like the centre of a venn diagram the emotional electronica of Fred Again.., the production dance music nous of HAAi and the pop sensibilities of Romy from the xx.

I’m not sure how I heard this but I think it was a Bandcamp crawl. It’s the stanky bassline that got me.

Hiro Ama is the drummer with Teleman, and ‘Free Soul’ this song sounds like someone playing a Floating Points on guitar. It’s from an EP, Animal Emotions, available on, surprise, Bandcamp.

“I wanted to make an up-tempo and danceable song so I can dance in my room during the lockdown. I got lost in Jazz music the last couple of years and it really changed and opened up the way I make music.”

More Than A Hustler

“The marriage of grime and jazz started for us when we’d play covers of JME instrumentals”, explains Ezra bandleader Femi Koleoso.  “That journey continued with Quest For Coin II, and this latest instalment features an MC who, like us, has a deep love for pushing the boundaries of music.  More Than A Hustler is the tale of how we are consistently on the quest for greatness, and how we are more than just that journey – way more.”