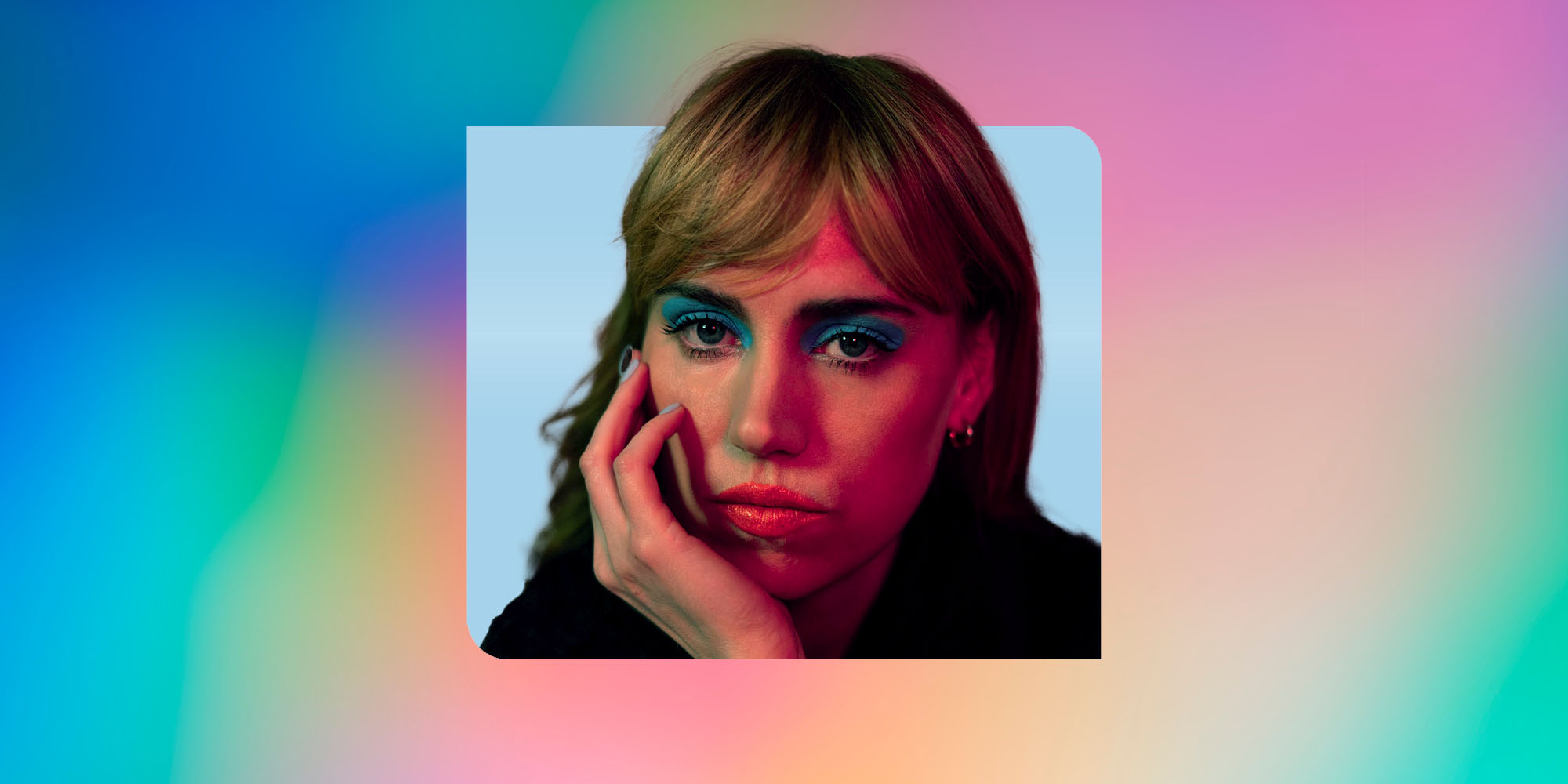 Nialler9’s favourite songs of may 2022, all in one place. See the playlist at the end of the article.

Have you ever heard a rap song about trans issues? Because this beautiful Mr. Morale & The Big Steppers highlight (among many) does just that. Kendrick tells his experience of his perspective of his relatives who transitioned, recounting the confusion and the use of offensive words. Kendrick goes from a show of ignorance to a growing understanding of identity and its importance.

As Kendrick edges out of the shadow of religious teachings that cast his relative in sin, he choses love and humanity, but not without throwing us a last line that poses further questions.

Referencing a gig in 2018 when he brought a white woman onstage to perform ‘m.A.A.d. city’ and she rapped the N-word, Kendrick juxtaposes his own early ignorant use of the F-slur as a boy.

Among the news of Aoife Nessa Frances signing to Partisan for her new album is this beautiful song accompanying it.

Emptiness Follows’ is about the intimacy and deep emotional connection of friendship. The song captures these moments – the water as the weight of the emotional connection we share, the small details we remember ‘the shape sits beneath your earlobe’. The movement and colour of the music, the harp constantly flowing throughout, are emphasising a profound importance in acknowledging an eternal kind of love. I wanted my voice to be close and up front and vulnerable like Serge Ginsberg’s ‘ Histoire de Melody Nelson’’.

A recent Bandcamp discovery for me from the London producer with the silly name. ‘Pearls’ is on the EP of the same name on the Dirt Crew label.

The debut album A Light For Attracting Attention from The Smile arrived (Thom Yorke and Jonny Greenwood and Sons of Kemet’s Tom Skinner’s new band) last month. ‘The Smoke’ resonated across May. It’s down to that snaking Radiohead bassline and the subtle brass and instrumentation.

I’m Looking For A Man

Amidst all the new new music, is this reissue of the famous gospel singing family The Staples Singers’ debut album from 1975 album on Luaka Bop last month. It’s all great, so put it in your rotation.

Looking At Your Pager

Kieran Hebden has dropped a once-off single ‘Looking At Your Pager’ which is a track that he has been playing in Four Tet sets of late.

The tune was captured by fans and posted with a track ID request. Six weeks ago, Four Tet responded by saying the sample was cleared.

The sample is from R&B girl group 3LW’s ‘No More (Baby I’ma Do Right)’ and brings some crunchy wobbly dance dynamics in a Four Tet style.

Heat Of The Moon

This beaut wandered into my inbox from UK R&B/soul musician Eliza. ‘Heat of The Moon’ showcases the artist’s nuanced voice in full with a gently-pitched live arrangement that leans on a bassline, ringing guitar chords and trip-hop style beats. You could hear D’Angelo on this kind of track.

Sometimes, it’s the old songs that bring the salve and Beverly Glenn Copeland’s beautiful Keyboard Fantasies album has been a constant this month. The album was originally released by the trans electronic artist in 1986 before being rediscovered and re-released in 2017 and finally received its acclaim thereafter.

From it, ‘Ever New’ is a calming and floaty affirmation for the soul.

Irish producer Oliveyolive released his debut album Life Of Colour on May 13th. Previously known as Olive on the Beat and featured here with an electronic-pitched track, Oliver has previously scored the Apollo Project, an exhibition curated by young people in the National Gallery of Ireland.

‘Before I Die’ is a highlight from the album, a future soul electronic tune, with percussive hits and stabs and a simple vocal hook illuminated by warm piano tones and breaks.

Oliveyolive’s album takes inspiration from the Japanese concept of Wabi-Sabi, which means appreciating the beauty in imperfection and impermanence.

Dundalk noise-rock band Just Mustard’s second album Heart Under is a triumph of the group honing, refining and occasionally hitting the red for dynamic effect. ‘Seed’ is a fine example of the band’s atmospheric music in 2022, that feels more pointed and sharper than ever before.

A name I recognised from her appearance on last year’s Joy Orbison album Still Slipping Volume 1, London-based French artist on Partisan Records, Léa Sen brings a close intimacy to ‘I Like Dis’.

Lorely Rodriguez makes consistently great pop music with an edge, and deserves to be way bigger than she is.

‘Dance For You’ is from a forthcoming five-track EP called Save Me, on June 24th.

“I love the lyrics on this song. I made this in Minneapolis with BJ Burton. It was freezing outside. I was in a cave-like studio in the snow literally dancing as I wrote this. ‘Surrender to me like this’ is a touching lyric for me because I’m not hurt over this person anymore. I’ve come out the other side.”

All In Your Head

You know we haven’t been sleeping on the talent that is Caleb Kunle, since he was one of our best new artists of 2020.

Whether it’s the soulful spirit of ‘Could Be Good’, the quietly triumphant ‘Call Me Mad’ or the bittersweet ‘Going Home’, the Nigerian-Irish artist has been super impressive.

Well, step up, as ‘All In Your Head’, the latest track from the man is a cut above.

Produced by London production duo Sunglasses For Jaws (Sinead O’Brien, Miles Kane), ‘All In Your Head’ brings the swerve and swing and is from a new EP coming later in the year on London label Pony Records.

This Is A Photograph

The title track from US singer-songwriter Kevin Morby’s new album, written in Memphis, is an encapsulation of all that Morby is great at – songwriting, storytelling and getting fresh notes from old sounds. It’s also a fine indication of the album’s busier sonics after 2020’s relatively quieter Sundowner, brass and backing vocals from Stax Academy of Music alumni and all.

The sixth studio album from the Canadian superstars rolls back the conceptual idea to a more suitable kaleidoscopic indie-rock that references Bowie and Big Thief. It has big ballads and synth pop. It features Peter Gabriel and Father John Misty doing “stomps and breaths”, some great songs and some clunkers.

I adore the opening tracks, particularly this second one, which has all the hallmarks of Arcade Fire at their best – the nonchalant call and response, spatial intro, a big sprawling kick-in with tension-filled synths and drum hits (the credits have Portishead’s Geoff Barrow’s name on ‘Granular Synthesis’), strings by Owen Pallett, and world-building lyrics about Icarus and the Acropolis. And, it’s got one of those fine Reginé outros.

Born into the abyss
New phone, who’s this?

Irish electronic producer Lullahush released his collaboration with Mayo singer-songwriter Maria Kelly before the release of his debut album A City Made of Water and Small Love is released last Friday.

‘Our Glass Lake’ is a glitchy banger bursting at the seams with electronics and guitars that sound like they might blow out the speakers.

Reconnecting with Hindi vocalist Piya Malik who featured on last year’s superb best of listed El Michels Affair album Yeti Season, Add in Turkish funk and Bollywood elements, and this one is just crying out for a Ghostface verse.

“Where have I been all my life ? / Watching myself from the sidelines / Won’t you wake me up sometimes.”

Derry artist Bridie Monds-Watson’s third SOAK album If I never know you like this again was released today is inspired by 90s college rock and bands like Broken Social Scene and Pavement.

‘Swear Jar’ is a fine example of how SOAK’s music has developed over the years, with an internal confidence, matched with lyrics about depression and the breakdown of a relationship. It’s got some wonderful string and backing vocal flourishes.

“I felt so disconnected from myself and life that I was starting to question if I’d ever truly been present or if I’d always been on autopilot,” said Bridie Monds-Watson of the song.

After the recent feature of ‘Life On Pause’, Scottish singer Angelica Black and Irish producer Emmet Carey aka Strabe have stepped up the banger quota with this clubby track, which they say has the aim of capturing “the full-body rush of when you’re in a sweaty, grungy club with flashing lights and a pulse-like bass into music form. We want this song to echo through you, making you move before you can even think about it… like magic.”

Strabe’s EP JUVENOIA is released on July 22nd on PIAS.

The pair also debuted an interesting website at https://shell.tech/