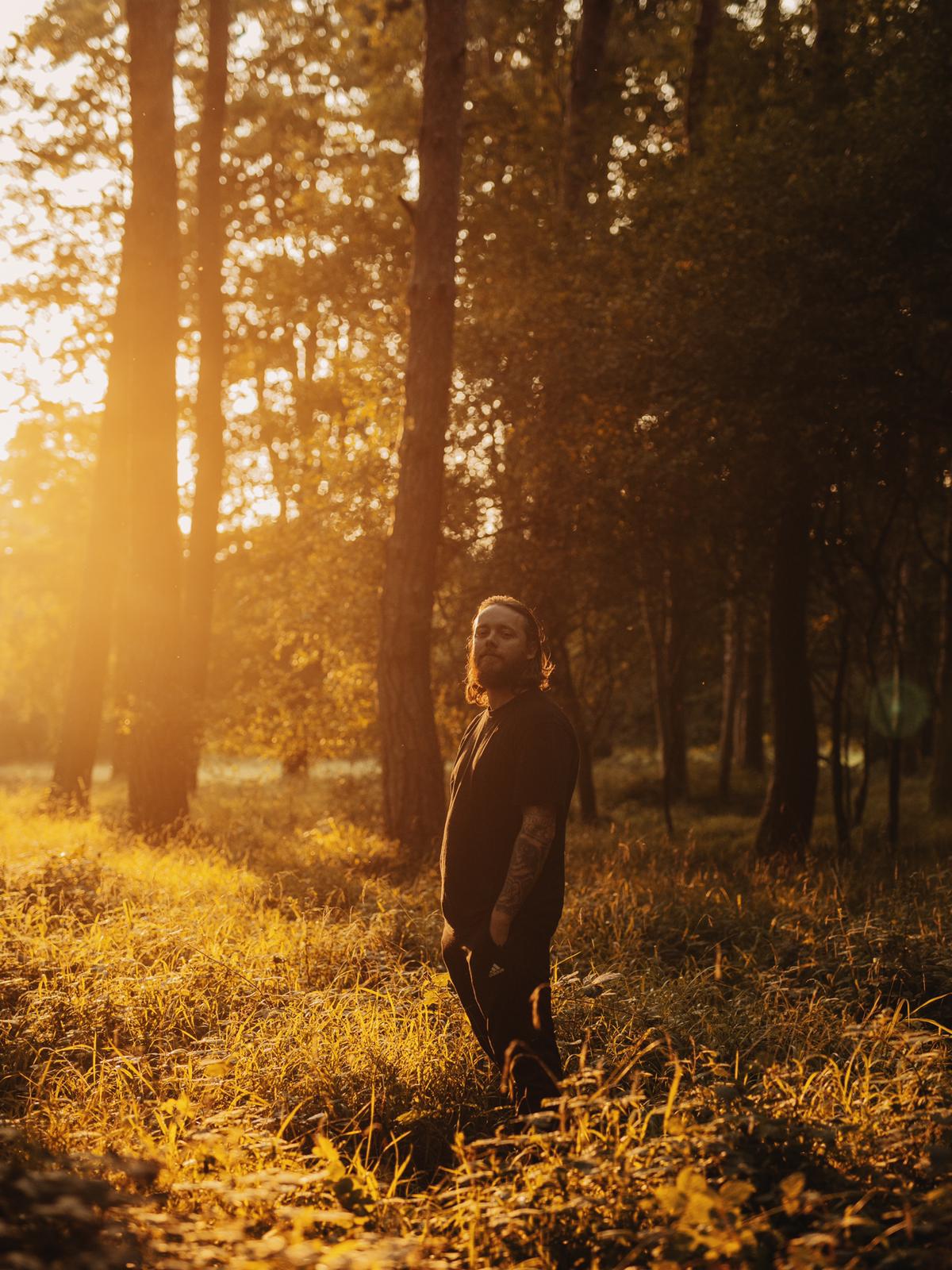 “Tubs of grease. What are we talking about man, when the fuck are we gonna get out of here!?”

There’s an earnestness about the way Nealo writes, raps and (in this case) speaks throughout his debut LP All The Leaves Are Falling.

It’s there from the jump. Taken from album opener ‘daSilla Interlude’, the above quote highlights a rather unglamorous turning point in the artist’s young life. The moment when the urge to break the daily cycle of Dublin’s sprawl and head abroad surpassed the aspirational and became utterly necessary.

Dressed down and maybe a little gritty, it’s probably not the anecdote most artists would use to kick off their debut, but it’s endemic of the honest approach underpinning Nealo’s creative ethos.

He nods when I press him on it. “You have to just let it sit, you know what I mean? Nobody’s perfect bro. That’s what I’m trying to say with the music, I’m far from perfect. Here are my flaws, and here are the world’s flaws also – and here’s my perspective on that.”

With the two of us sharing the snug and a couple of scoops amongst the din of a well-known Dublin boozer [pre-lockdown obviously], I’m hoping to better understand the motivations behind why Nealo writes and sounds the way he does.

That’s easier in theory than practice. A no holds barred lyricism can be problematic, particularly in hip-hop where wordplay is always in the foreground of the listener’s attention.

“Sometimes I will edit myself and think ‘You can’t say that bro’ cause you’re going to hurt people or something… The only time I would curtail myself for other people is when I say something that’s a bit out of pocket… ‘Heart Food For Hard Times’ is talking about an old relationship. You don’t want to hurt the people that you’re with. You just want to be respectful. In a way, you want to share your emotions but also be respectful.”

That’s not the only example of potentially tricky subject matter presented on Nealo’s first platter. Its title track is an agonising lamentation.

“Yeah, my mate, a childhood friend who killed himself about five or six years ago. Out in Clonsilla. It’s not just about him but it’s about many people and guys who mostly did that out in Blanch when I was young.”

It’s the small, personal touches which make All The Leaves Are Falling such a powerful document of love and loss. Seemingly speaking directly to the deceased about the funeral, Nealo adds ‘Yer Ma was on the pew with me”. A minute detail, but one which personalises the entire song, letting the listener share in the fondness the artist clearly felt for the subject.

There’s no hint of fear. No hesitation to tell (at least in part) such an emotionally charged story that, by rights, isn’t his alone to tell.

It’s a hallmark track, one which has made the journey in various evolutions with Nealo from the start of his hip-hop career.

“That was one of the first songs I ever wrote [as Nealo], and then we took that and made it bigger and made it sound better. When I wrote that song, I was only about 7 or 8 songs into writing hip-hop. I was hungover as fuck. I woke up, you know those nights where you go out till about 4 in the morning, you’re pissed and you wake up about 8 am, I find clarity in that. Where you’re painfully honest. Actually, creativity can flow really well through that. I remember sitting at my kitchen table. I was there for about 3 hours writing that song. I literally just burst into tears after I’d finished writing it. It felt like, I know it’s a cliché that people who write shit feel like it didn’t even come from them, like it just got channelled through, but when I finished that song I felt like that had just happened to me.”

Those moments of sincerity are littered throughout the album. It’s a defining facet of Nealo’s music, one that seems relatively at odds with a time in which artists seek shelter in the realms of irony and the aloof. Vulnerability, if poorly conveyed through the medium of cliché, is viewed as suspect, cringe-inducing.

Nealo doesn’t fall into that trap. There’s more than enough nuance and genuine insight in his to-the-point lyricism to comfortably be elevated above being trite, though the danger of sounding as such has occurred to him.

“I try not to beat around the bush. That’s just naturally what comes out. Sometimes I write poems and I try to make those a little more abstract. Cause sometimes I do have that vision of myself, like you can be earnest to a fault. We’ve all heard rappers like that, like Macklemore ya know? Where it’s painfully earnest…Sometimes I have that opinion of myself, like ‘is that too from my chest and earnest?’ But I think if I’m being honest, I just wanna write like that, and that’s what I’m best at – and I don’t wanna change that.”

At times, Nealo’s commitment to stay true to his own voice adopts a near puritan pose, particularly when it comes to self-assessment. “There’s nothing worse, you don’t ever want to stagnate. I’m my own worse critic and you know when you’re going to stagnate, you can’t lie to yourself.”

That’s easier said than done, particularly if your lifestyle is tied to your continuing success as a musician. For many, It’s a tenuous career at the best of times.

It’s a point Nealo concedes, pausing for a moment before his tone softens and he adds “I feel like artists do that in their career because they’re invested financially – it’s their whole life. I don’t have that investment yet. So if I’m making garbage, I’d just fucking quit. I hope that I can stick to that.”

As we finish up our chat, I’m left with two overarching thoughts. Nealo may have not have “that investment yet”, but given how strong his debut album is and some of the buzz its generated even during a period in which the Irish music scene is so severely muzzled, there’s little doubt he would absolutely be able to make a fulltime living off his creativity if he wanted to.

The second is that, if and when he does start seeing that more widespread public and financial success, I hope the commitment to honesty, inward and outward, remains as resolute and apparent in his music as it is now.

All The Leaves Are Falling is out now.