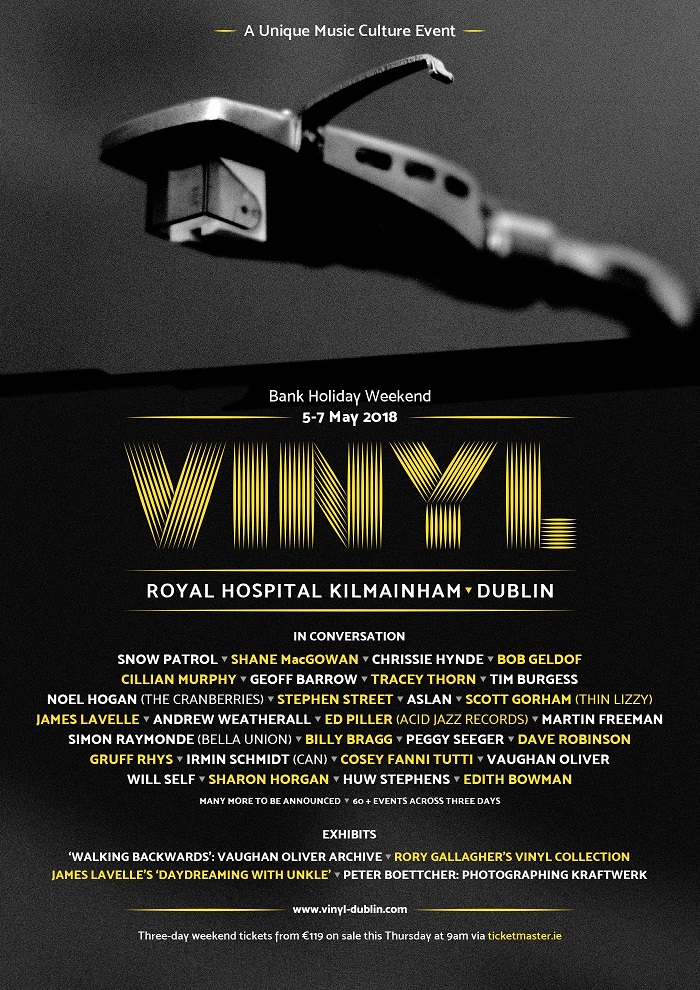 Vinyl is a cultural event taking place at the Royal Hospital Kilmainham in Dublin from May 5th to 7th which will see a host of big names in music coming together to talk about all things Vinyl.

Those attending the event include:

Tickets go on sale this Thursday March 29th via Ticketmaster.ie.