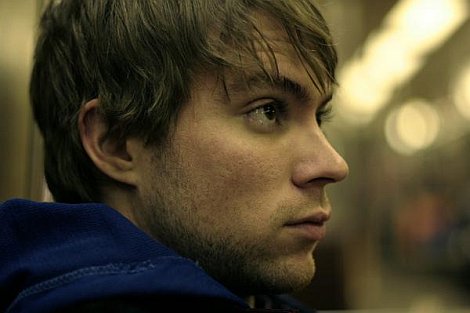 You’ve got to admire Milan Records PR team who are capitalising on Beirut blog buzz to get this record by Alaska in Winter noticed. Entitled Dance Party in the Balkans it does indeed feature the talents of Zach Condon on trumpet and vocals on five songs. The result is a debut album from Brandon Bethancourt who spent time recording music in an isolated cabin on the south coast of Alaska, hence the name.

With the help of Condon, Heather Trost of A Hawk And A Hacksaw and other friends he recorded additional parts in New Mexico. The result is a mix of electronica and Balkan folk which falls somewhere between Condon’s own projects Beirut and The Joys of Losing Weight. Sample a mix of tunes from the record below. Tracklisting after the jump.

Video: Why? – Song of the Sad Assasin