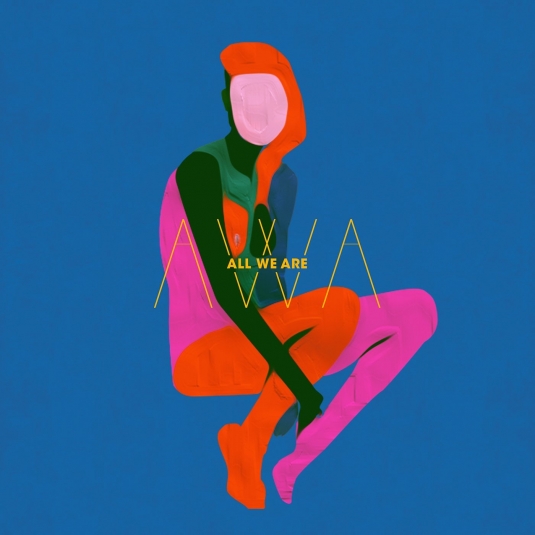 
A Cork man, a Brazilian dude and a Norwegian girl meet at a performing arts college in Liverpool and form a band. Richard O’Flynn, Luis Santos and Guro Gikling’s debut album as All We Are is a product of three varying backgrounds that converges on music that’s effortlessly slinky harmony-filled guitar pop.

On stage, in Dingle, at Other Voices in December, the band played with a tight funk rhythm and guitar grooves that were easy to admire.

The band have been compared to the xx already but where Romy Madley Croft and Oliver Sims traded off their coy flirtatiousness chemistry, the charm of All We Are’s music comes more in the gravitation of their ability to create whispery crescendos and breezy rhythms. The band write all the music and lyrics together so there’s more of a sensual solidarity in their hips and the bones of the tunes. Maybe that’s why the band have called their sound “psychedelic boogie” and have been referenced to the Bee Gees.

Production from Dan Carey (who has given records from Bat For Lashes, Hot Chip and Chairlift) helps add a warm melty spit and polish to the album. That shine means that the album is always pleasant and it lull you in to their frequencies even when there’s a few indistinct songs embedded on it. When they really make their move, through the slow funk “ohs” on ‘I Wear You’, the swaying ‘Feel Safe’ and the spiralling guitar R&B build of ‘Go’, they show their best front.

All We Are play The Workman’s Club on March 14th. Email [email protected] before Monday to enter the draw win passes to the show.