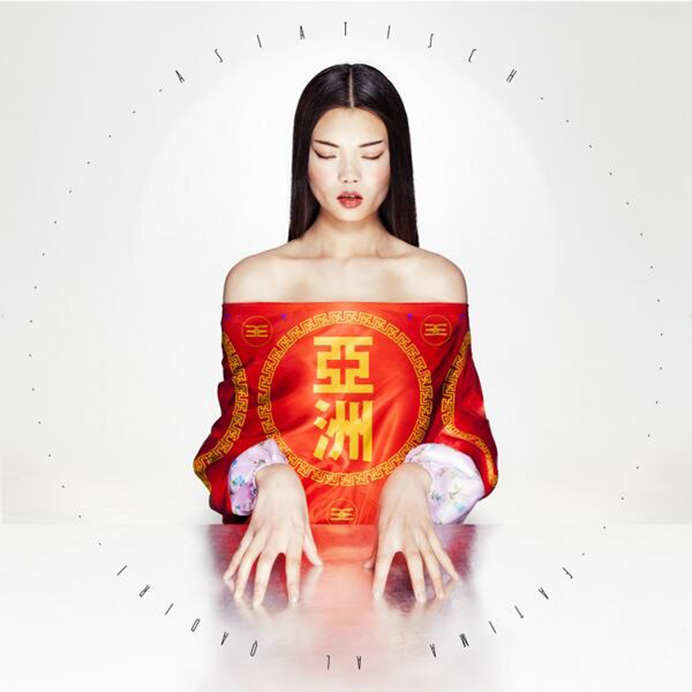 
Listening through the discography of Kuwait-raised Senegal-born artist Fatima Al Qadiri (raised by Russian-educated parents), there’s a real sense of a musician with a global motivation. The London/New York artist uses sounds as a palette to create fantastical impressions of real or imagined places in the world.

On the 2012 EP, Desert Strike, sinister synth stabs, deep percussion and eerie choral voices, draw a direct correlation to Al Qadiri’s childhood experience of both living through the Gulf War, when Iraq invaded Kuwait, and playing a Sega game of the same name a year later. That push and pull between reality and escapist fantasy characterised much of her work.

That recreational impetus in her work shows itself in broad conceptual strokes on Asiatisch, which was introduced as “a simulated road trip through an imagined China,” particularly through the prism of Western pop culture.

While that hifalutin talk could lead to an unlistenable academic rigidity, Asiatisch is alluring and alive; a soundtrack to an idealistic and distorted distant sci-fi future country in the East, made by an outsider. Al Qadiri does this by weaving Western sounds through the album’s Chinese soundscapes; and vice-versa.

The album title also, is the German word for Asian. Mirroring it from the otherside “shanzhai”, the opening track, is a term used for the Chinese counterfeiting of Western brands and goods, obviously refers to the entire process of this album.

Prominently featured on Asiatisch are the evocative strains of sinogrime, a disparate but noticeable subgenre of grime from London, made by Wiley, Jammer, Geeneus and more that took inspiration from Asian-sounding scales and melodies (For more background on sinogrime listen to Kode 9’s mix from 2005).

Those low, booming string bass sinogrime melodies provide a dramatic backdrop for percussive ingenuity through mallets, gongs, bells, synthetic steel drums and woodblock. Al Qadiri’s beats, while not suitable for club dancing, at least have a working knowledge of a club rhythm (as she’s proved on other work) that keeps things moving.

Digitised Chinese poetry on the half-step rhythm and bass of ‘Wudang’ provides a dramatic exotic focus to the track’s Chinese harp dub melody. In another less-talented pair of hands, the Asian-themed choral grime of ‘Hainan Island’ could sound either cheesy or faulty, but Al Qadiri’s thoroughly conceived ideas and production skills lift this beyond a homage to either East or West, which is a balance she brilliant executes throughout.

On ‘Shanzhai’, East/West dual citizen Helen Feng turns the concept first back at the west by covering Prince/Sinead O’Connor’s ‘Nothing Compares 2 U’. Fittingly, the song is sung in a garbled version of Mandarin. Similarly, ‘Dragon Tattoo’, uses the now-obviously racist melody of ‘We Are Siamese‘ from Lady And The Tramp, as seductive overtone of the track. West misunderstands East who chews up West who spits out a mutant hybrid ad infinitum. That’s the M.O. of Asiatisch all over.

The album’s penultimate track, ‘Shanghai Freeway’, is also the most escapist. Its steel pan melodies and deep synth stabs are almost monotone in their gallop towards some aspirational foreboding unknown city. It’s that dichotomy, that magnetising push and pull between real and fake worlds, one widescreen beat at a time, that Al Qadiri creates her own majestic city, and for the listener, a hyperreal parallel world.

The album is out on Hyperdub on Monday.