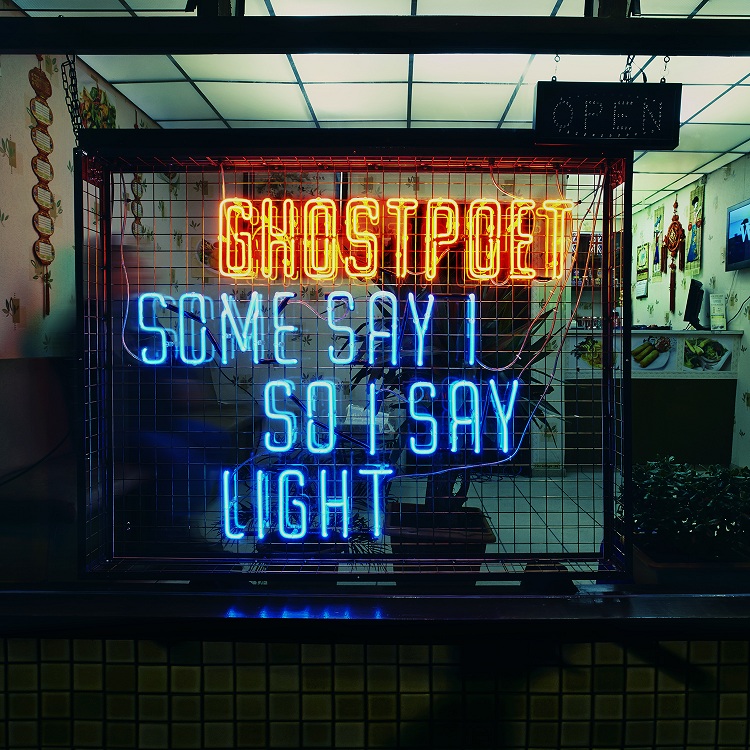 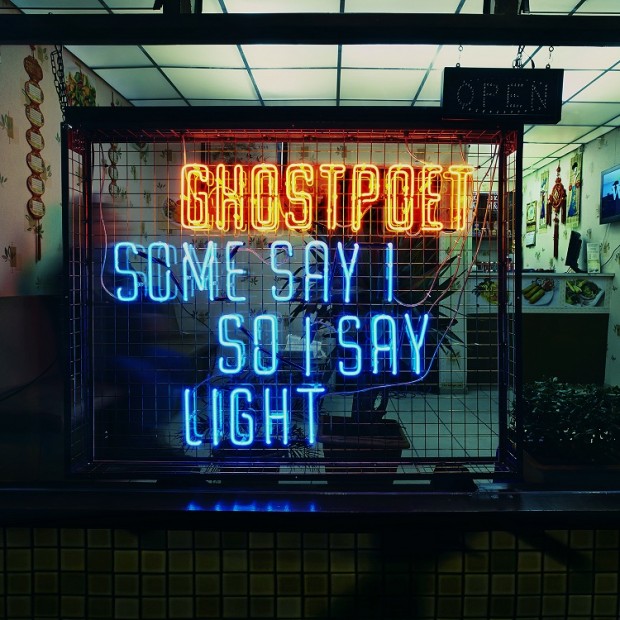 Those familiar with Obaro Ejimiwe’s debut Peanut Butter Blues & Melancholy Jam will find much similar comforts on his followup Ghostpoet album; this is still music that draws on abstract sounds, electronics and poetic sentiment.

It’s not just murky atmospheres it conjures up but murky sentiments of self-pity and despair courtesy of Ejimiwe’s always-relatable phrasing. ‘Cold Win’, the album’s first track uses brooding gentle synths and insistent bleep rhythms as a backdrop for hardship and struggle: “Saving up the pennys cos the city’s too gritty / Cooking French fries ain’t pretty” and “break my back all week for crumbs and abuse.”

An album highlight, ‘Them Waters’ has an urgency and foreboding to the music that is matched by Obaro insisting “Send me down the Thames.” Gwilym Gold provides the comforting assistance on the synth-spiralling ‘Dorsal Morsel’ that sounds like a Darkstar song while ‘MSI MusmiD’ wallows in static and bleeps with a rolling piano chords yet Obaro finding solace in noodles and dim sum.

Ghostpoet is at his most desolate on the final track, ‘Comatose’: “I feel lower than I’ve ever been / I feel the whole world has turned its back on me.” Despite the resigned tones of the first half of the track, the song finishes in a wonderful orchestral refrain that is simply uplifting. It’s an attestation that the album never feels morbid or depressing despite this disposition.

The most affecting parts of the album are the heartfelt songs dealing with a relationship breakup or a breakup of trust. ‘Dialtones’ and ‘Meltdown’ are my favourite track as they holds some really common-felt truths about such things. On ‘Meltdown’, the metallic percussion and ambient disquiet underpin Ghostpoet and Woodpecker Wooliams trading similar sentiments. “Can’t do forever friends cos something in my character grabs a hold of me and throws me out the car,” says Ejimiwe. “I feel it in my bones you know I don’t feel right” sings Wooliams.

Both songs detail the starkness of the deterioration of a relationship and both are effective in its their dual sadness and impending dread, but are not depressing just reality-facing. “It’s my bust up reality /… It’s my my constant calamity / That means I’m hearing dial tones,” sing Ejimie and guest Lucy Rose on ‘Dial Tones’.

The degradation of the relationship is further compounded on ‘ThymeThymeThyme’: “Maybe it’s time / To step outside, I know you sick of me.”

A studio album rather than a bedroom one, Obaro Ejimiwe is resoundingly clear rather than a mumbler here. And that studio adds other benefits. You can hear the effects of live drums courtesy of Charles Hayward on ‘Sloth Trot’ and on the live band track ‘Plastic Bag Brain’ with none other than Tony Allen on drums and The Invisible’s Dave Okumu providing the Afro-tinged rhythm.

While Ghostpoet might employ the piano and broken beats rhythm thing one too many times by the time you get to ’12 Deaf’, one thing is very clear. Ghostpoet is a master of small details and uses equanimity as a strength to paint an unsure but engrossing world of sound and words.