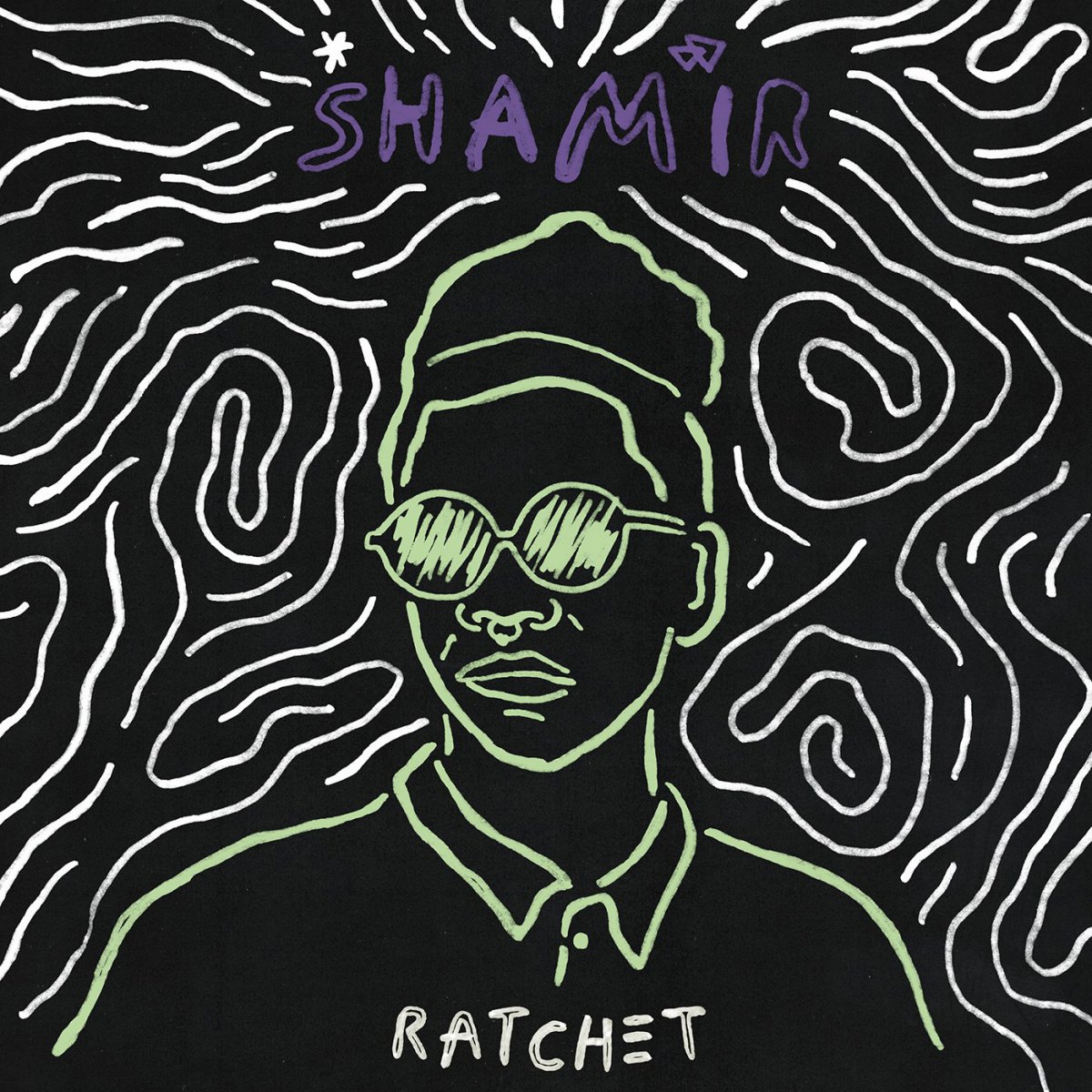 Shamir Bailey opens his debut album with a song about his hometown in North Las Vegas (his debut EP was called Northtown) The song is worth highlighting because in an age where geographical nuance has given way to universal lyrics, it’s nice to hear a singer write a song about what they know and Vegas “where sin is alright, especially at night”: is a perfect place for a party. Dig deeper and Shamir looks beneath the sheen – “but if you’re living in the city, are you already in hell?”

The city’s reputation for hedonistic weekenders plays into the hands of Ratchet, a brashy album about good times, bad times and identity set to live beat-driven electro disco/house with pitched down vocals to contrast Shamir’s breezy androgynous voice which gives Ratchet a unique teenage energy.

Musically, the album is for dancing – analogue synths blare like sirens, cowbells ride a 4/4 beat, saxophone creeps and classic dance music never feels far away. It’s guided by the production of Nick Sylvester who it’s fair to say helped mould Shamir from an acoustic country pop singer into something more unique on early tracks like ‘If It Wasn’t True’.

Shamir brags with a wink about himself on the jokey but super fun ‘On The Regular’, he wipes the relationship slate clean on ‘Call It Off’, he struts around hot messes, he encourages you to ‘Make A Scene (“So let’s puke our guts and start some fights / it’s side effects of teen idleness so adulthood is one big mess”), he mines that country pop past on ‘Demon’, and generally wonders where teens turned adults go next.

By the time the stirring slow ballad ‘Darker’ rolls around, Ratchet feels less like an infatuation but the start of someone great. This Vegas kid is more than surface.

Album of the week: Jamie xx – In Colour