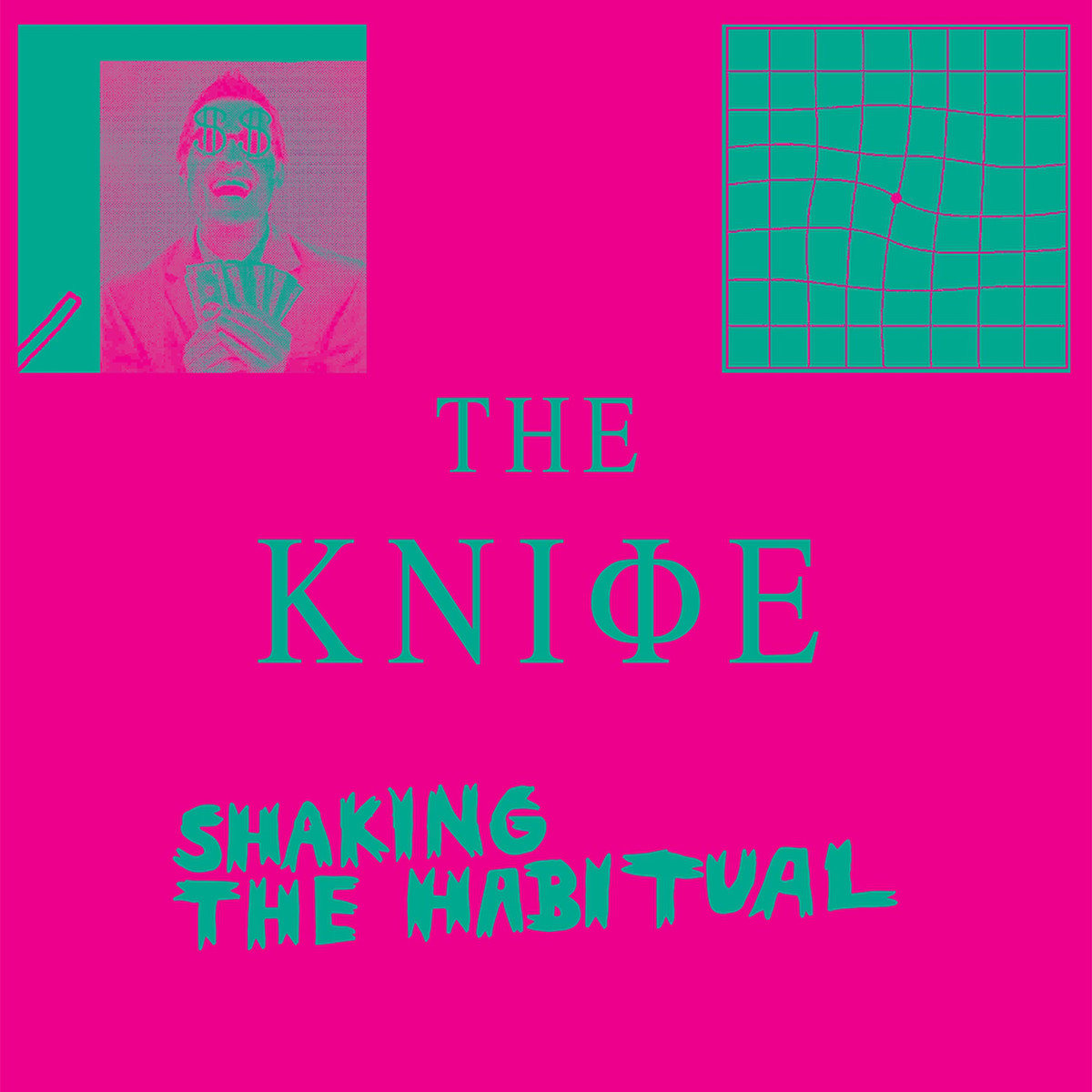 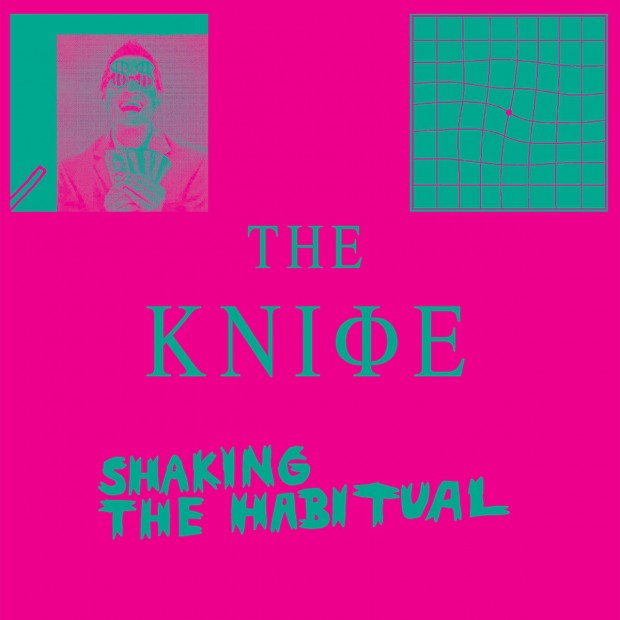 The Knife’s long-awaited fourth album is terrific, tough, too long but still quite brilliant…

Shaking Of The Habitual is like a haunted house art project filled with terrific music that excites, terrible bits that annoy and not much in between apart from long walks of tension or dissonance, of waiting for something, anything, of significance to happen. The Knife heighten your senses, and dull them again. They get in your face only to disappear into the darkness. It’s this dichotomy, that makes Shaking Of The Habitual such a maddening essential listen.


“Now we’re bending our voices to sound like Emily R., who recorded the track on her cellphone speaker. No habits! There are other ways to do things.”

– A quote from The Knife’s recent press release/manifesto.

Looking at the new, fourth album from The Knife’s point of view, over the course of their career, Karin and Olof Dreijer have marked themselves as trailblazers. They pioneered the Scandanavian electro sound which is emulated by so many other artists right now more than ever. Look at Niki & The Dove, Chvrches, Kate Boy, Battlekat and on and on. The Knife’s legacy is electro-pop’s present in many ways. Lots of these artists are doing similar things or touching the same sounds as The Knife’s earlier work but they have processed it in a more concise way. A poppier way.

Shaking The Habitual is anything but. There are no concessions to pop. It’s a reaction to all that. To remain a trailblazer you have to stay out on your own, ahead or at least, out of step. There was no way in Karin and Olof’s minds they could go back there. To re-emulate would be retroactive. Their natural artistic reaction as The Knife was to sink into obfuscation, to delve deeper into meaning in art, experimentalism, grand concepts and music. To expand on the gender-shifting vocals on Silent Shout (one of my favourite albums of all-time FYI) and Karin’s Fever Ray project and use them to represent larger, noble ideas about gender equality in society, no doubt aided by Olof’s recent study of gender in Stockholm University.

I can’t speak for other fans of The Knife in terms of what I wanted from their fourth album but I hoped for challenging experimental art pop music that could transcend its niche boundaries and make a dent on the lives of others far away from my bubble. No pressure. But Shaking The Habitual digs deeper into the earth, away from pop and away from accessibility so that kind of covert mainstream skulduggery is just not possible.

In a way, I think it’s easier to make an album like Shaking The Habitual which indulges itself all too frequently. It would be much harder to make a concise grand statement around gender issues that has far-reaching consequences – “a pop album”, the kind that Silent Shout so thrillingly came close to.

The biggest problem The Knife make on Shaking With Habitual, is at 96 minutes, it’s simply too long to stand up to a singular vision. All too often, the music is broken up by withering zithering passages of sound that negate the impact of the album’s best bits, which to be fair, are brilliant.

The placement of the 19 minute long ‘Old Dreams Waiting To Be Realized’ half-way through the album feels like the ultimate troll. It would fit on Tomorrow In A Year but here it makes the album a disjointed whole.

Other ambient tracks like the nine-minute meandering ‘A Cherry On Top’ which sits as the third track sucks the life out of an album which unfurls with a fervent energy in its first 15 minutes only to be squashed again. The middle two minutes of the song would have worked as a sublime interlude. It feels particularly disappointing as the pair get you on their side with two thrilling songs; the tropically-twisted steel pan classic Knife standalone single of ‘A Tooth For An Eye’ (the brilliant video is below, which features a young girl leading a group of men through feminine dance exercises) and the nervous industrial techno heft of ‘Full Of Fire’. The latter while it does go on a bit, in the context of the album, narratively suggests forebodingly that we are is heading down a cinematic dystopian rabbit hole, twisting and screeching all the way there.

But it doesn’t quite live up to that promise. Despite the album’s great tracks, we still have to endure too many like the 10-minute long ‘Fracking Fluid Injection’ which have little merit.

The song ‘Raging Lung’ is a microcosm of the album as a whole as it overstays its welcome by a few minutes which would be forgivable on its own but in the context of the album it is the an indicator of frequent poor self-editing.

‘Without You My Life Is Not Worth Living’ is Karin and Olof at their electro-acoustic best, woodwind included. ‘Networking’ and ‘Stay Out Here’ delve into exhilarating buzzing fly techno that justify their long running time, the latter of which echoes exalted house style-vocals.

It’s the closest they come to sounding like their peer and collaborator Janine Rostrom aka Planningtorock who has also been exploring gender inequality issues on recent singles ‘Mysogony Drop Dead’ and ‘Patriarchy Over & Out’ which features the lyrics “patriarchal life, your out of date / patriarchal life / get out of the way.”

Yes, there are other ways of doing things and that’s to be celebrated. For one thing, this album feels like a statement and that’s increasingly rare in music today. For all its indulgences, the album is never unlistenable but it does test your patience and knock itself to the ground all too frequently.

Maybe that’s the point, maybe Karin and Olof know they can reject our advances now, that they will be listened to, and booked for festivals worldwide regardless of how difficult and unfriendly they appear. That’s because for all its flaws, The Knife create their own world of sound and it’s hard not to be drawn in warts, screeches and 20 minute long ambient pieces and all.