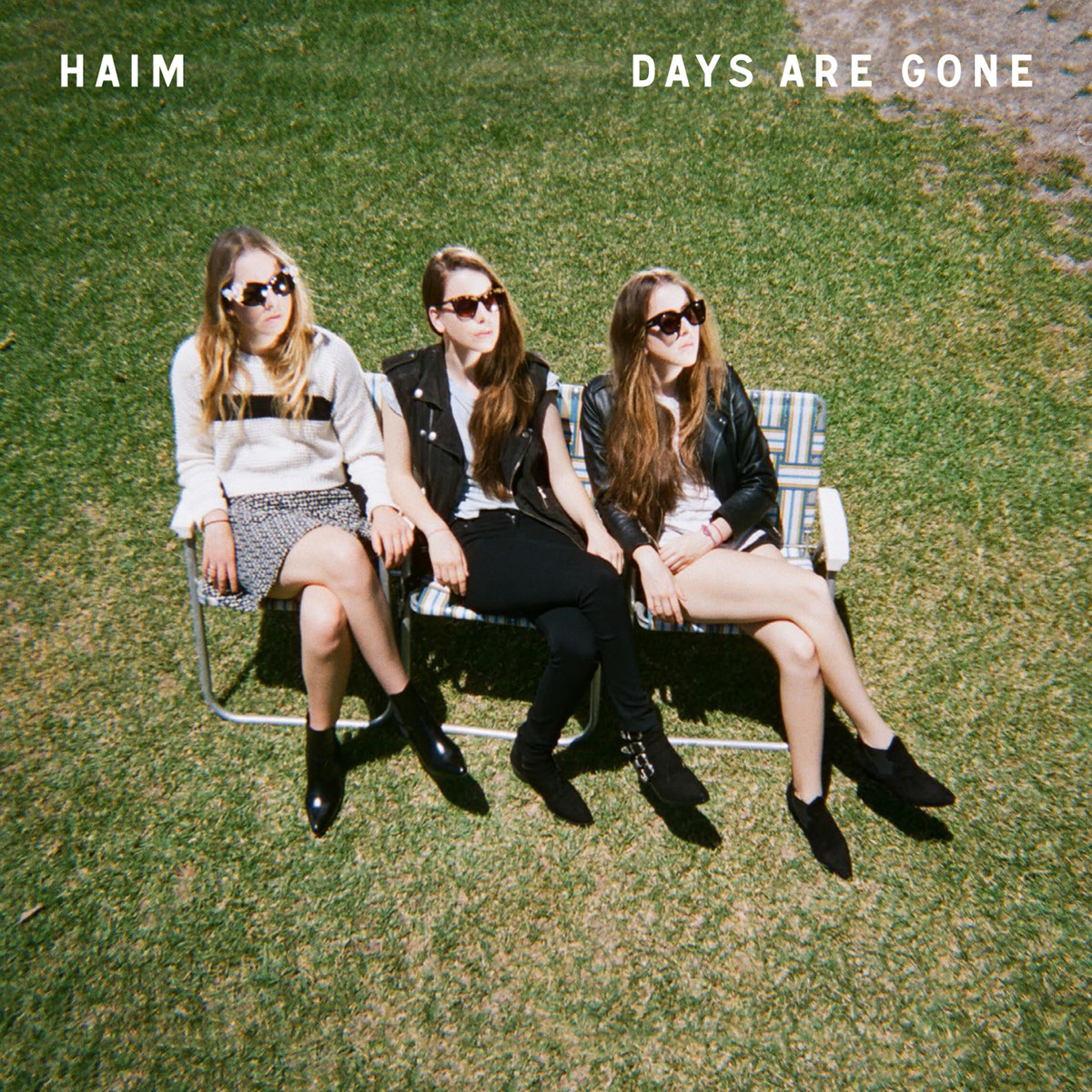 Debut albums from ultra-hyped bands aren’t supposed to be this good. Debuts usually have one or two big hits and a mish-mash of songs where the band tries to replicate the magic formula of the lead singles. Yet, on Days Are Gone, the debut from Californian sisters Haim, is a all-killer, no-filler fully-realised bunch of songs.

The clue is probably in the name. The Haim sisters – Este, Danielle and Alana Haim have been playing music together since they literally in their nappies. As the appallingly named Rockinhaim, they played covers in a band where their parents played drums and guitar (recently reunited on stage – video proof). Blood runs deep.

Danielle and Este went on to play in the cringe tween pop band Valli Girls and while we can’t thank them for that particular assault on our ears, those kinds of experiences have obviously informed the Haim we are interested in. It’s not where you’re from, it’s where you’re at.

And where they’re at, going by Days Are Gone, is a sparkling mix of ’80s AM radio rock, classic ’70s pop, ’90s R&B and something intangibly modern. By and large, the 11 songs on the record are traditional in arrangement and tone but it’s the craft of the songwriting, production and nuances that make this debut such a winner and take it beyond any retro tag.

‘The Wire’, ‘Forever’ and ‘Falling’ would be three glorious singles in any discography. Haim brazenly open their debut album with those songs and it doesn’t start a downslide of disappointment because every track which follows is a sparkler in its own right.

As the album progresses, the vocal R&B influence of the band’s repertoire becomes more obvious on songs like ‘Honey & I’, where the vocals are matched with a very Fleetwood Mac-esque guitar shuffle, the title track, which was co-written with R&B singer Jessie Ware and wears a modern sheen while ‘Go Slow’, has an almost meandering dub beat over which the sisters coo their parts.

‘If I Could Change Your Mind’ touches on ’80s synth-pop/rock, ‘Let Me Go’ takes a different route and amps up the rock aspect of the band’s playing with a built-up guitar jam built around memorable, catchy vocals (currently my favourite track on the album) and the album’s last track ‘Running If You Call My Name’ is pure Tiffany in the shopping mall vibes.

Only ‘My Song 5’ touches on any kind of zeitgeisty modern production methods, a warbling dubstep-ish synth line, blues guitar riffs and a bare percussive beat aided by producer Ariel Rechtshaid lay the foundation for something different. But again, it’s the alchemy of sisters that shines through in their vocal interplay that makes the damn thing work so well.

Those blood-relative factors make Days Are Gone an absolute breeze to listen to. The album is formed by a bond that makes this substantial, well-crafted, intricate collection of songs so effortlessly fun. In a way, the debut expectations of most bands don’t apply here, The Haim sisters had years on the competition and it really shows.

Listen to the album on Spotify | Deezer.