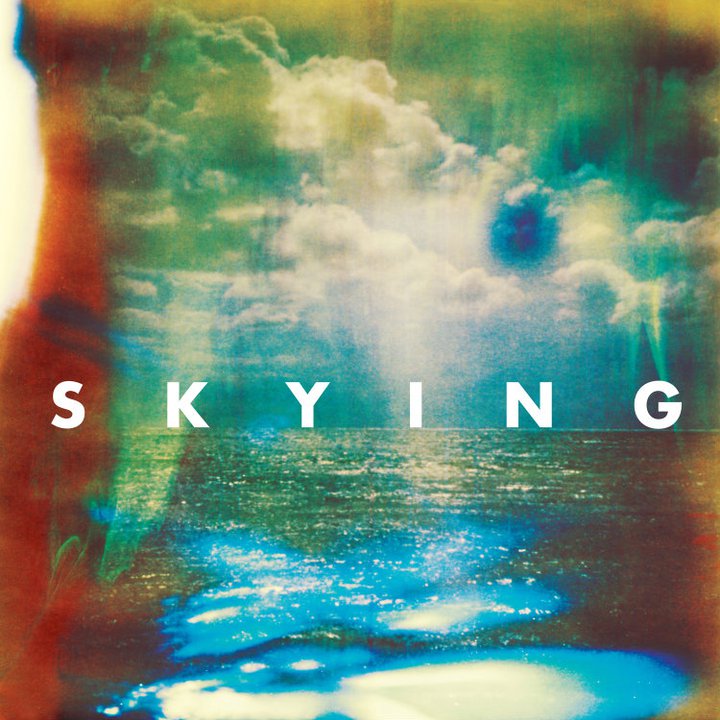 From punk rock caricatures on their debut album Strange Life to psychedelic Kraut-rockers on Primary Colours and now ’80s revivalists, The Horrors have traversed an increasingly interesting path over the last six years. Skying finds them celebrating and re-appropriating strains of British rock music from “baggy” to late ’80s histrionics to ’90s indie rock. That the band assimilate all of this into their third album and add another string to their bow without sounding like copyists is a testament to their growing talent andd why you should be paying attention.

That’s not to say that the entirely self-produced Skying is an easily identifiable record. While much of the album has a laid-back, room-filling, brooding feel, there are diversions into psychedelia and lush soundscapes. In the same way that bands like Primal Scream and Death In Vegas have done so previous, The Horrors are echoing the past while sounding totally themselves.

First single ‘Still Life’ could be a Death In Vegas joint with its Contino Sessions-esque backwards Indian guitar, heaving bassline and uplifting synths. That song has also been compared heavily to Simple Minds thanks to Horrors’ vocalist Faris Badwin’s similarly spectral vocals (his voice is a consistent record highlight) to Jim Kerr but there’s certainly a valid comparison to be made with early ’80s Simple Minds music too as there’s the same snaking drum, bass and guitar insistency on a lot of Skying.

Synthesizers play a big role in adding colour to the songs – they effortlessly breathe in and out of the other instrumentation adding an certain swash of ambience to proceedings while brass is used to great effect on ‘You Said’, ‘Endless Blue’ and ‘Wild Eyes’ inviting the Primal Scream comparison. There’s an overall less frenzied fluidity to the record with occasional diversions into uptempo passages.

It’s somewhat ironic that a band who arrived with a style over substance tag are now making some seriously substantial music, forging their own take on marginal genres of rock music made in the past 30 years. The Horrors are so stylistically out of step with what’s happening, that they are now even more interesting than anything thought they ever could be.

Skying is out on XL Recordings in Ireland this Friday and everywhere else next week. Stream it below…

Album Of The Week: SBTRKT – SBTRKT