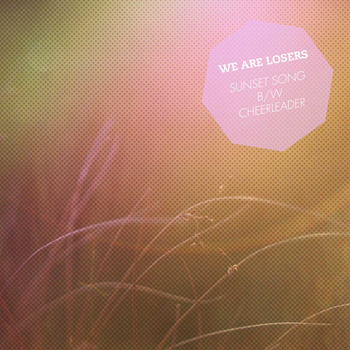 Now that Super Extra Bonus Party are on “indefinite hiatus”, three members of the band are focusing on their other recording project We Are Losers. The band consists of Gavin Elsted (also working on an electronic side-project Adultrock), Steve Conlon, drummer Gary Clarke and Grand Pocket Orchestra’s Bronwyn Murphy White. We Are Losers’ debut single will get a release next week on Leeds label Dance To The Radio (Pre-order here).

The single features two lo-fi buzzing pop cuts ‘Sunset Song’ and ‘Cheerleader’. The single gets a launch in the Shebeen Chic on Friday July 22nd with No Monster Club and Rhino Magic on support duties. The band play the Richter Summer Party this Friday too. A London show is also happening in August.

This free download ‘Moany’ got an airing on Lauren Laverne’s show today.

Little Green Cars – The little band that could