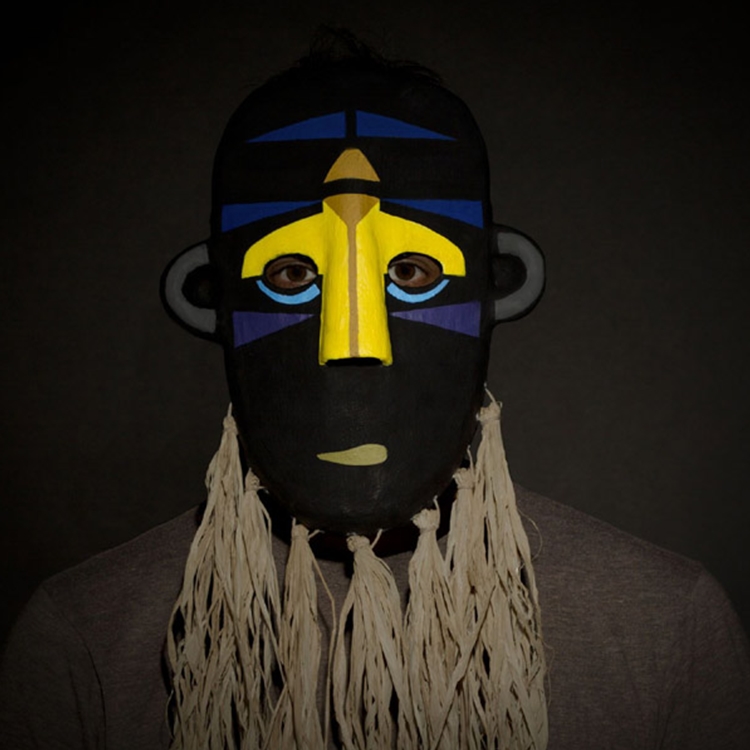 Take a look at that tribal mask. Aaron Jerome’s producer alter-ego is about the join the likes of DeadMau5 and Daft Punk in the “electronic-musicians-who-present-themselves-in-iconic-headgear” stakes. On SBTRKT’s self-titled debut (pronounced ‘Subtract’) Jerome displays considerable skill at fusing different strands of electronic music that make up the zeitgeist of the genre. Jerome manages to weave an engaging tapestry from dubstep, UK funky, soul, house, R&B and 2-step all while attributing a distinct South London identity to his music, much like Basement Jaxx and Croydon dubstep before him.

Eight tracks on SBTRKT’s debut full-length feature vocal collaborators. Dominant is the soulful honeyed -voice vocals of SBTRKT’s main vocal partner Sampha who can also be heard on his collaboration with Jessie Ware who joins him on the James Blake-esque post-dubstep meets drum and bass of ‘Sanctuary’ and the dub/2-step hybrid ‘Right Thing To Do’. Sampha provides the unrequited emotional connection on five of the album’s tracks overall anchoring SBTRKT’s deftly-produced brushes of electronica and providing the album’s key hooks.

You’ll have already heard the wonky dub style of ‘Wildfire’ featuring the vocals of Little Dragon’s Yukimi Nagano furthering the theory that her best work is done away from her band. ‘Pharoahs’ with the stylistic soul vocals of Roses Gabor, is a particular highlight, it pings with a wonderful piano note rhythm that is a true earworm.

Far from a bombastic barrage of club tracks, SBTRKT is a gentle, warm and eclectic album. It’s very much in the vein of releases from the Young Turks label like Creep, Jamie xx and John Talabot – singular-sounding electronic which draws on specific influences to create something fresh. SBTRKT has created his own superb mask-fuelled identity from a wide of array of disparate subgenre sources.

Listen to Bon Iver’s new album (Album of the week)

Album Of The Week: The Horrors – Skying