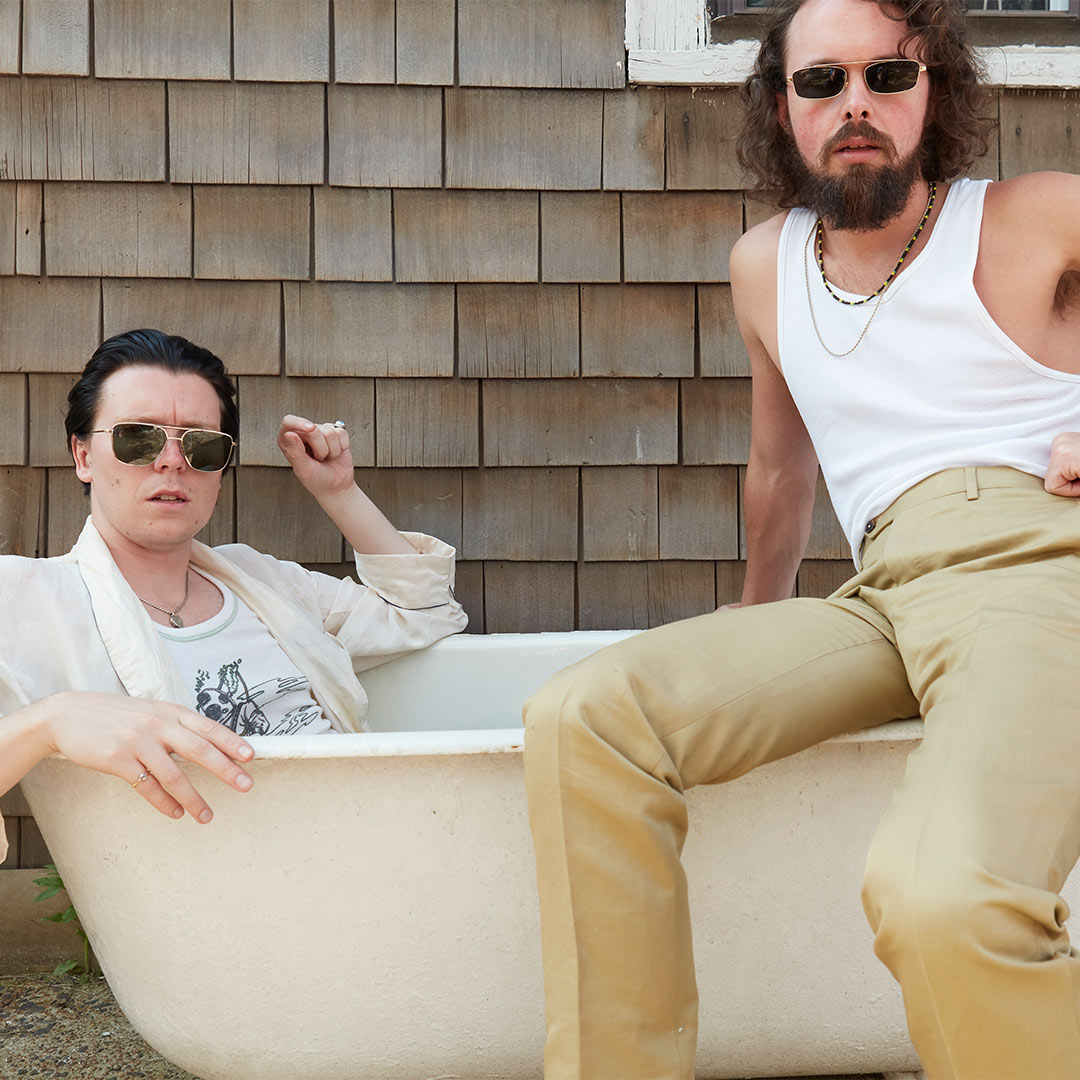 Top class lyrical messer and performer Alex Cameron has just released two Barry Gibbs covers because that’s what he does and we are grateful.

They are covers of ‘Islands In The Sun’ (dueting with Roan Yellowthorn) and ‘Midsummer Nights’ (“No one has dibs on Gibbs”) and they coincide with news of a Dublin gig at The Grand Social on April 16th 2022.

Tickets are €17 plus fee on sale now from Ticketmaster.ie & Tickets.ie.

Of the covers, Cameron says:

“I’ve almost lost friends over Barry Gibb’s songs. They’re so important to me, whenever anyone else covers his songs, or even expresses a love for them – I become possessed by some pubescent demon. These songs speak to you and you alone, it tells me. Hell, I even play a Guild Songbird on stage, Barry Gibb’s guitar of choice – against the pleas of sound techs in venues the world over. Of course the demon is wrong, and it’s time I let those possessive feelings go.

This single is an attempt to rid myself of that jealous spirit. The one that says this music is mine, and only I understand it. Before I asked the good people of the internet to submit requests for a cover song – I considered Islands In The Stream untouchable. And a big part of me thinks it still is. I’m lucky Roan Yellowthorn agreed to sing it with me. She carries the recording, and gave me license to sing on it with her. Justin Nijssen produced it with me, and plays bass and guitar on the track. He was my therapist, and led me to a breakthrough, creating the mantra I was to repeat to myself at night: No one has dibs on Gibbs. And of course Roy Molloy is there with us, on the saxophone. The B side – Midsummer Nights, as a song – is perhaps the closest thing to perfection in the world of pop music. Jonathan Rado did all the music on the recording. You can hear that he understands how important that tune is to me, and to all of us.

And so here it is, the music that is no longer just for me, from our crew to yours.”