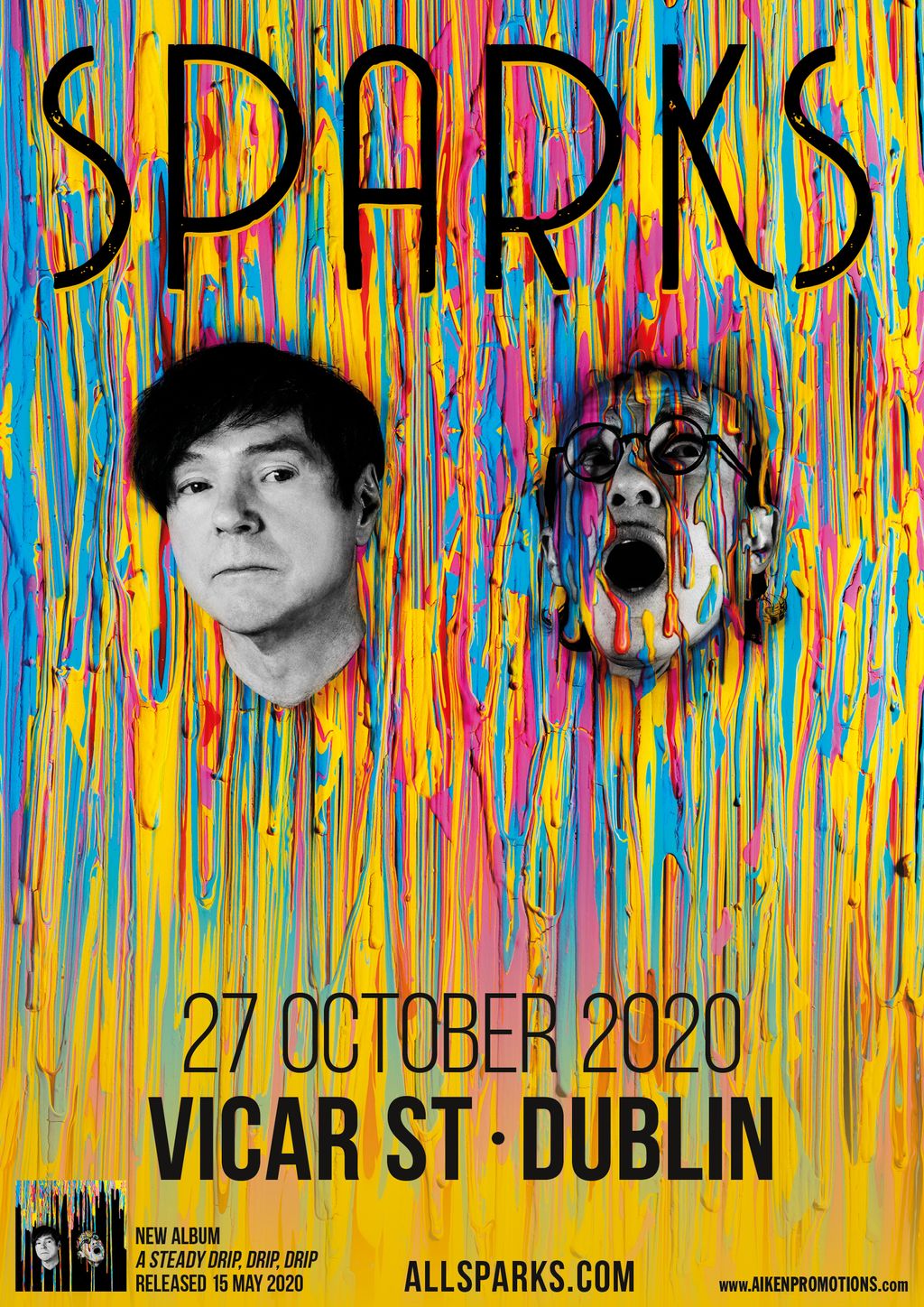 The American band Sparks are known for their idiosyncratic pop music that has crossed decades and includes classic songs like ‘This Town Ain’t Big Enough for the Both Of Us’, ‘Tryouts for the Human Race’, ‘The Number One Song In Heaven’ and ‘Beat The Clock’.

They last played Ireland in 2012 and today, their return was announced for a headline Belfast show at The Limelight 1 on October 26th and Dublin’s Vicar Street on October 27th.

The band, brothers Ron and Russell Mael, have announced a new album, their 24th, A Steady Drip, Drip, Drip to be released on May 15th and European tour dates to go with them.

Tickets on sale Friday January 31st 2020 at 9am from Ticketmaster.ie. Price TBC. A pre-sale starts today on AllSparks.com – *A code will be needed for the tour pre-sale, this can be accessed through the special ‘A Steady Drip, Drip, Drip’ store at https://sparks.tmstor.es store from Monday 27th January at 10am

We have a primer on Sparks’ music written by Padraic E. Moore.