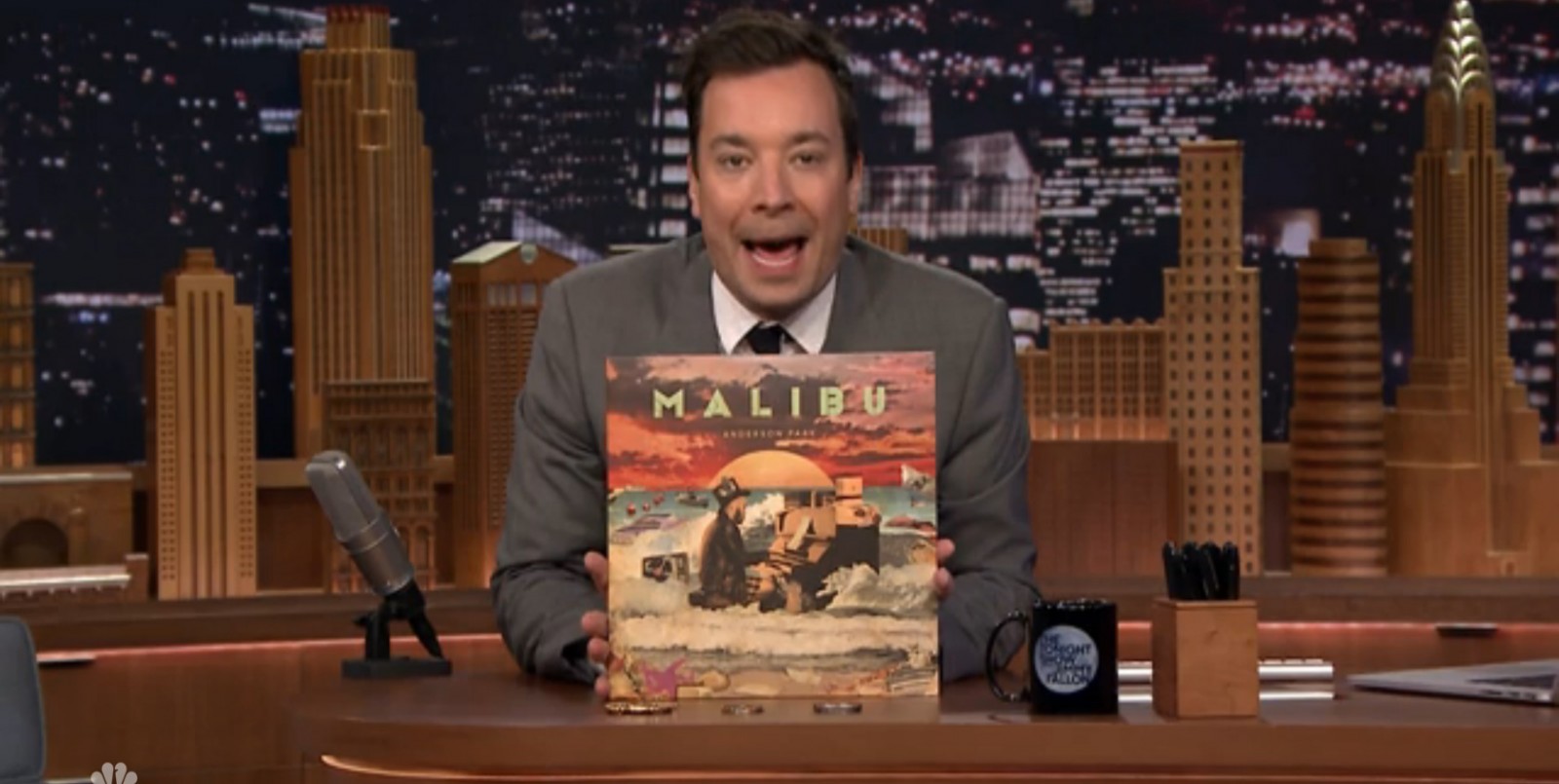 As he did on Colbert in February, Anderson Paak showed why he’s one of the artists of 2016 with a rousing performance of Malibu stand-out ‘Never Come Down’.

Despite a weird fake tantrum (injoke?), Paak’s high-energy performance leaves the biggest impression. The dude is a star.

Overshadowing the whole thing is what happened after the taping of the performance. Rapper T.I. joined Paak for a verse towards the end and later last night and tragedy struck at his own concert when four people were shot, one fatally.