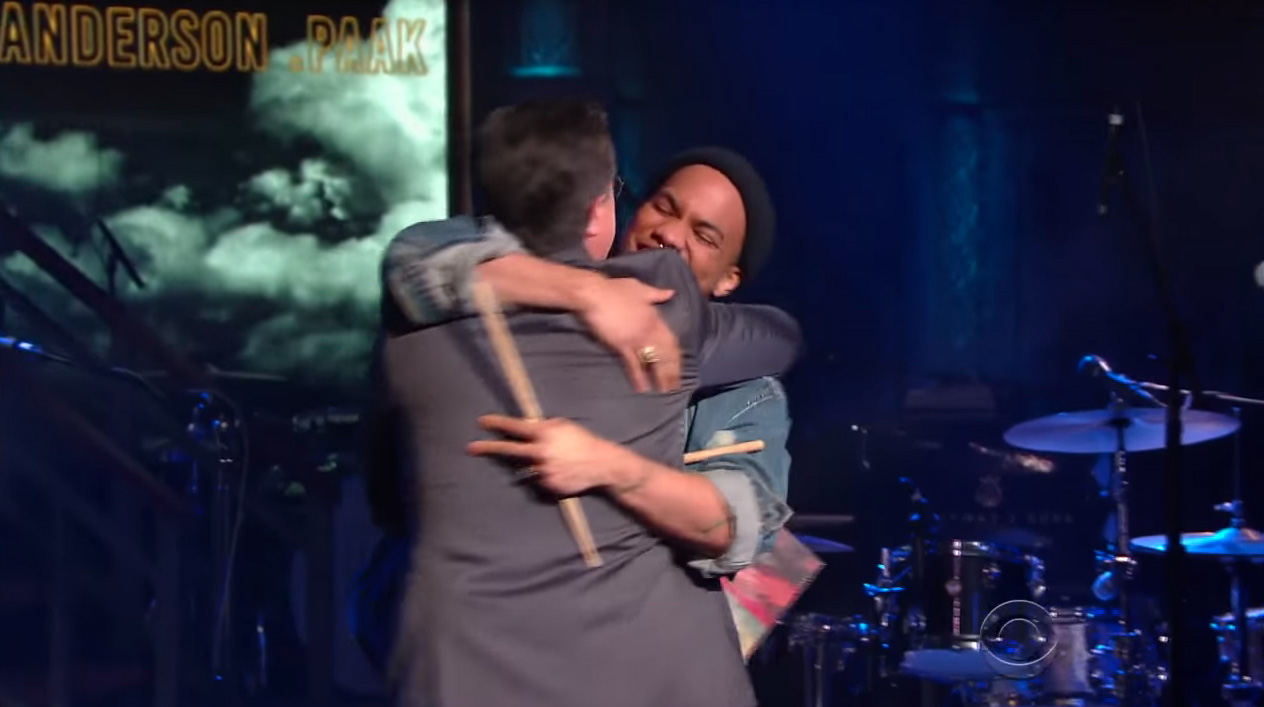 
Following on from the release of his superb Malibu album and his subsequent signing to Aftermath, Anderson Paak is on the way up.

Last night he performed with his band on Late Show with Stephen Colbert and he lived up to his rising reputation with a stirring rendition of ‘Silicon Valley’ and ‘The Season / Carry Me’ with his band the Free Nationals in which Paak jumps on the drums for the second tune. Stellar.

Watch the new video for Talos’ ‘In Time’