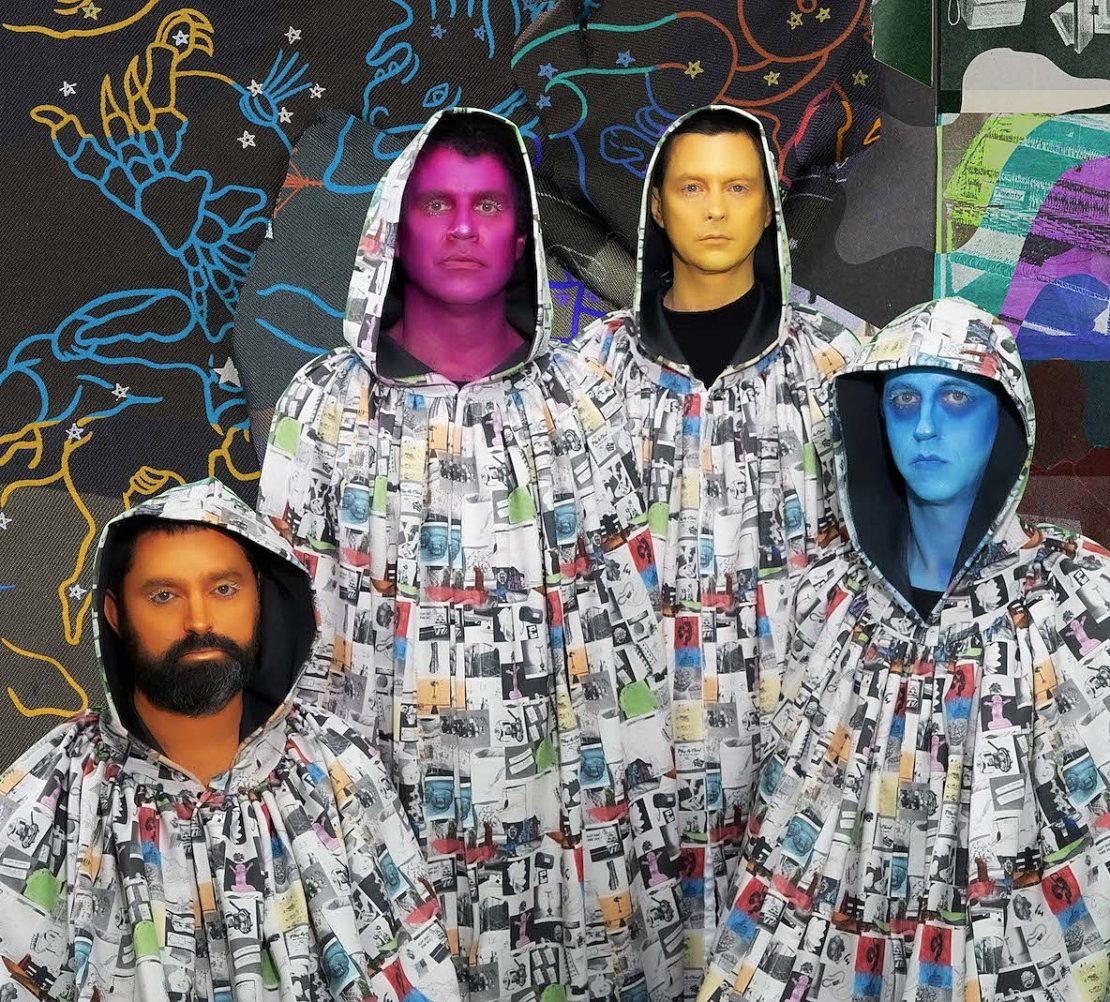 Animal Collective have been confirmed for some Irish shows later in 2022.

The band will play at the National Concert Hall in Dublin and Dolan’s in Limerick in November, 3rd and 2nd respectively, both shows are courtesy of Foggy Notions.

Tickets on general sale Friday January 21st at 1pm. Tickets €36 plus fees for Dublin and Limerick. There are Spotify and Newsletter presales before that.

Animal Collective are back with a new album in February. Entitled Time Skiffs, the band have been releasing singles from it including Prester John and Walker, and today there’s a third single ‘Strung with Everything’.

Time Skiffs, the quartet’s first studio album in more than half a decade, feels like listening in on a conversation among four old friends, just as it felt during their inchoate early days or their Strawberry Jam heyday. These nine songs are love letters, distress signals, en plein air observations, and relaxation hymns, the collected transmissions of four people who have grown into relationships and parenthood and adult worry. But they are rendered with Animal Collective’s singular sense of exploratory wonder, same as they ever were. There are harmonies so rich you want to skydive through their shared air, textures so fascinating you want to decode their sorcery, rhythms so intricate you want to untangle their sources. Here is Animal Collective past 20, still in search of what’s next.

The band also recently released a recording of a site-specific performance taken from the Music Box Village in New Orleans in March 2018. The Music Box Village is created and built by New Orleans Airlift, an artist-driven non-profit organization, as one of a range of large-scale community art projects. Proceeds from this release on Bandcamp are going to the three additional musicians involved in the concert – Helen Gillet, Aurora Nealand, and Marion Tortorich. Watch the performance on YouTube and purchase the audio on Bandcamp.

Time Skiffs will be available on CD, 2xLP, and digitally on Feb 4, 2022. A limited edition deluxe 2xLP on starburst ruby & black vinyl is available to pre-order via the Domino store HERE.