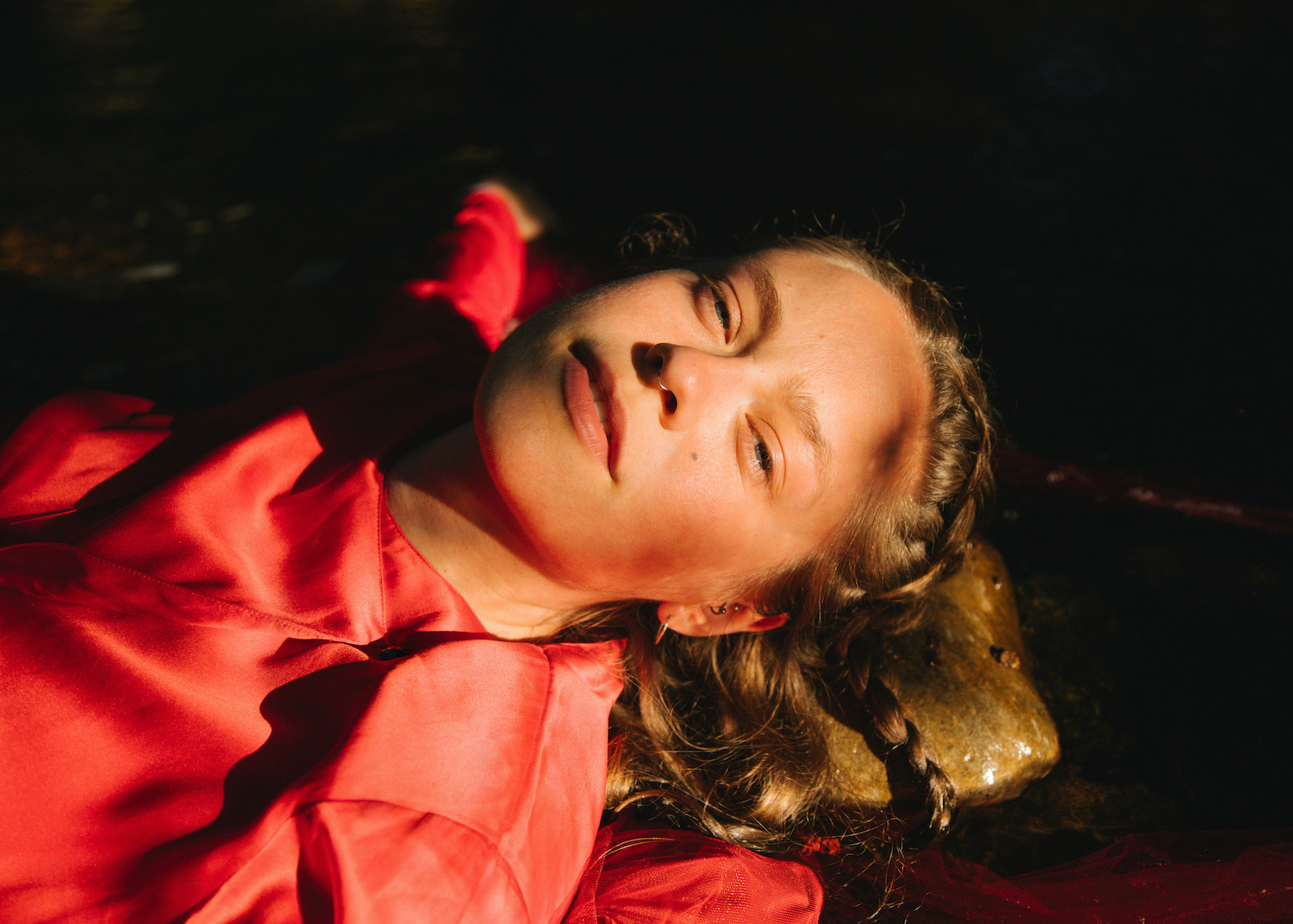 Anna B Savage has announced a new record entitled in|FLUX, out on City Slang on 17 February 2023.

It arrived with a video for the title track, directed by Rosie Barrett, which comes after previous opening song ‘The Ghost’.

To coincide with the announcement, Savage will play Dublin and Belfast shows:

“’in|FLUX’ exemplifies the ‘flux’ as I see it between two seemingly disparate parts of me; my music, my mind and my creativity. The first half is a close, vulnerable and quiet start, full of introspection, vulnerabilities and a stilted inability to express something. From there, the song unfurls in to a second half that is more certain, more vocal and expressive of self-assuredness. These feel like two states (along with everything in between, as well) that I inhabit simultaneously as dynamic and multifaceted emotional human.”

Anna B Savage has always asked questions in her music, but on new album in|FLUX answers are no longer her quest. Vulnerability and curiosity have consistently been operative words to describe her work and on her second album she ruminates on the complexities and variables of humanity, the pain or pleasure of love, loss and earthly connection, capturing it all in devastating, elating and powerful ways. The key difference between this and previous releases: she’s not anxious about what’s on the other side. She’s come to appreciate staying afloat – basking even – in the open ended, uncertainty of the grey area.

She confidently explores lyrical themes and musical tones of duality – she’s a true artist and she’s given herself grace to believe that which has been audibly freeing. The resulting breadth of emotion on in|Flux is palpable, none-more-so than on the album’s resolutely determined title track, where the line “I want to be alone, I’m happy on my own” is repeated like a mantra as the song descends into an unhinged, jubilant mess.

For Anna B Savage It’s been hard work to get to this point, both in the studio and in the sometimes gruelling work it takes to get there using therapy. Like anyone that has been knows the unfurling of one’s innermost thoughts and feelings – some that you may not even know are there – reveals they are in constant flux. In fact, the aforementioned and operative ‘vulnerability’ attributed to her music before now has a partner, the notion of said ‘flux’.

Because in contrast to previous album A Common Turn, in|FLUX takes Savage on a diametric journey. When faced with the inconsistencies of the world, in your relationships, and within yourself (they often make themselves present in the damning quiet of a therapy room) you want clear cut and irrefutable answers, especially when paired with the pristine superficiality of a life without conflict or nuance portrayed on social media.

Like a lot of women, our feelings are deferred to other authorities (most devastatingly this includes inner imposter voices implanted by a life of patriarchy) “I’ve had a whole lifetime of being told that I don’t know what I feel or want and that the most important thing in my life is relationships” It stifles your ability to navigate tricky circumstances that aren’t black or white. How do you know how to deal with, say, “…making it through a terribly toxic relationship, one that made you so hurt and angry, but still not knowing what to do with all the love you had for them?” says Savage. What about when you’re not trusted enough to explore duality at all?

The first stage to healing from this was simply acknowledging that variances were intrinsic to existing. “I came to accept that inconsistencies and hypocrisies were a part of human nature”, crucially adding that “they all work together to form a whole.” She changed from deeming duality as pejorative to being excited and energised by it. In turn, she began to trust herself: “Trusting that often my instinct is enough, trusting that I am allowed to be multifaceted, and that I can embody and express my dualities and multitudes”, “trust I can express this and be understood…trust myself to be able to write songs again”.

None of the songs were fully formed before entering the studio, the whole experience was fluid and relied on interactions and play with producer Mike Lindsay (Tunng, Lump). Where Savage thought she would fall foul of her own negative self-talk, she spent each morning before seeing Mike working on her ‘Morning Pages’, an idea from the hugely popular book The Artist’s Way, which consisted of writing streams of consciousness to actively enact her unlearning, leaning into instinct.

Though her previous releases have been met with massive critical acclaim, receiving plaudits from the likes of New York Times, NPR and Rolling Stone, and tour support slots with Jenny Hval and Father John Misty, her insecurities made the process fairly gruelling. Instead she approached creating in|Flux in a way that was imbued with self-governance and determination, shedding the pressure she had put on herself.

Taking this self-belief forward, she is set to play some of her biggest shows to date in 2023, including London’s Village Underground. “I am so excited to play these songs live. These songs show little pockets of joy, or recovery or hold difficult multitudes within them that hopefully show my development as a person and as a musician”.

“I feel like this album is an exploration of recovery and the journey of therapy,” says Savage. By standing in dichotomy: the light and dark of it, highs and lows it produces, love and loss and everything in between, she explores new plains that unfurl and reveal a different and more self-assured person within. “it’s a difficult thing [to engage in] but can also be the best thing ever, and lead you to feeling completely content.”

It’ll be a sentiment that reaches fans deeply, especially in a time where uncertainty feels a lot more ubiquitous to life in recent memory. We’re all trying really fucking hard to be happy and content, and Anna B Savage is trying really fucking hard too. But she’s equipped more than ever to, as she says, “carve out my own life…know that it can be enjoyable, and lean into that.”