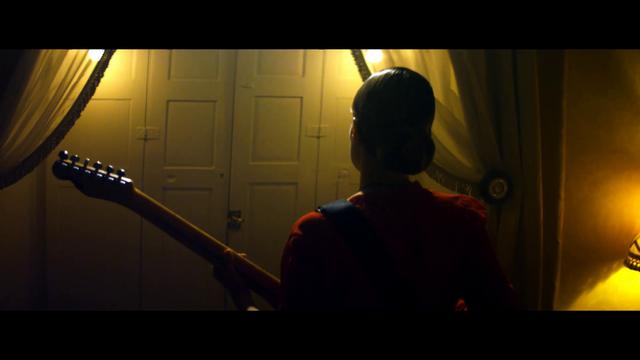 Spilly Walker – ‘The Only Way Through Is The Music’

A new symbolically suggestive and moody video for Calvi’s new single directed by Aoife McArdle. Pretty engaging for a video which is essentially Calvi playing the song in a hotel room. The single comes backed with this instrumental version of Leonard Cohen’s ‘Joan Of Arc’ below. Calvi plays Vicar Street, Dublin on November 19th and The Empire, Belfast on November 20th. Other Tour dates are here.

Video: YACHT – ‘Utopia / Dystopia (The Earth Is On Fire)’