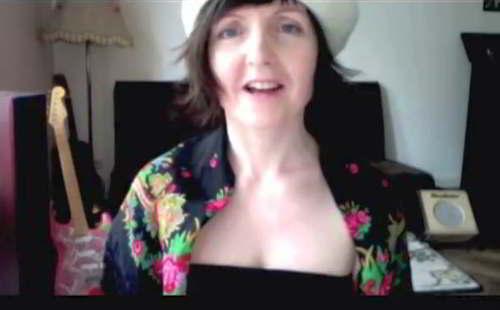 FundIt has established itself as Ireland’s prime website for crowdfunding for the arts and creative disciplines and to that end, there are a few music campaigns active at the moment, that you should be aware of, seeing as you are probably interested in Irish music if you’re visiting this blog.

One of Ireland’s most under-rated musical talents is now based in Berlin and looking to for your help in order to fund her new album on gatefold vinyl. The funds would be used to finance recording in Berlin and then in Carlow with the Aspiro choir. Nina is aiming for €10,000 and with 22 days to go has 25% pledged of that target. Check out the rewards on offer and donate at the Fundit page.

Kerry’s Ten Past Seven, who released a super EP last year called Bothar Buí. For their new release, they are hoping to raise €5,000 to record a new EP in Black Box Studios in France as well as go towards a house engineer, mixing, mastering and artwork. The physical EP will then be released as an enhanced CD with surround audio and video. A number of limited edition art pieces are available to Funders too. The songs will be placed under Creative Commons licence and will be available for remixes, visual projects etc. The band have raised just over 25% of that target to date with 23 days to go. Check out the rewards on offer and donate at the Fundit page.

In addition to the two projects above, there’s also

Hands Up Who Wants To Die – ‘Sailor’ (Legion Of Two remix)

Spilly Walker – ‘The Only Way Through Is The Music’