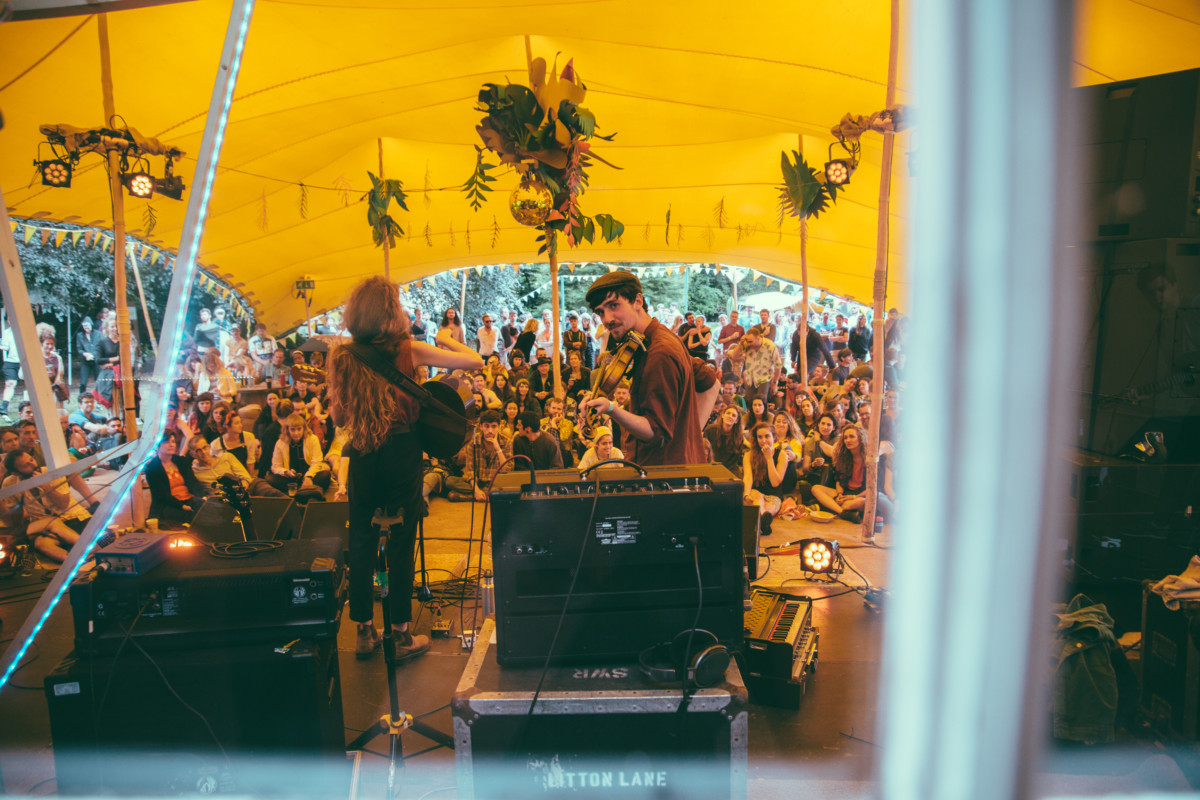 As a writer who is well-versed in communicating about music festivals, it isn’t always easy to grasp why a festival has left you swooning and replenished but such is the case with Another Love Story, the small festival set in an old manor near Longwood in Meath.

A great festival experience is more than just about the music. It’s an alchemic reaction that involves the tunes, the setting, the talks, the installations, the atmosphere, the people, the weather, the chats, the food and drink and less quantifiable criteria like craic, buzz and vibe.

But Another Love Story, in its fifth year, quietly and magically ticked all those boxes once more. The event is put on by friends and frequent collaborators of Nialler9, Homebeat and Happenings and as the name and pitch suggests (“Together is the most important thing’) it is a weekend built on warmth, friendship, care and attention. 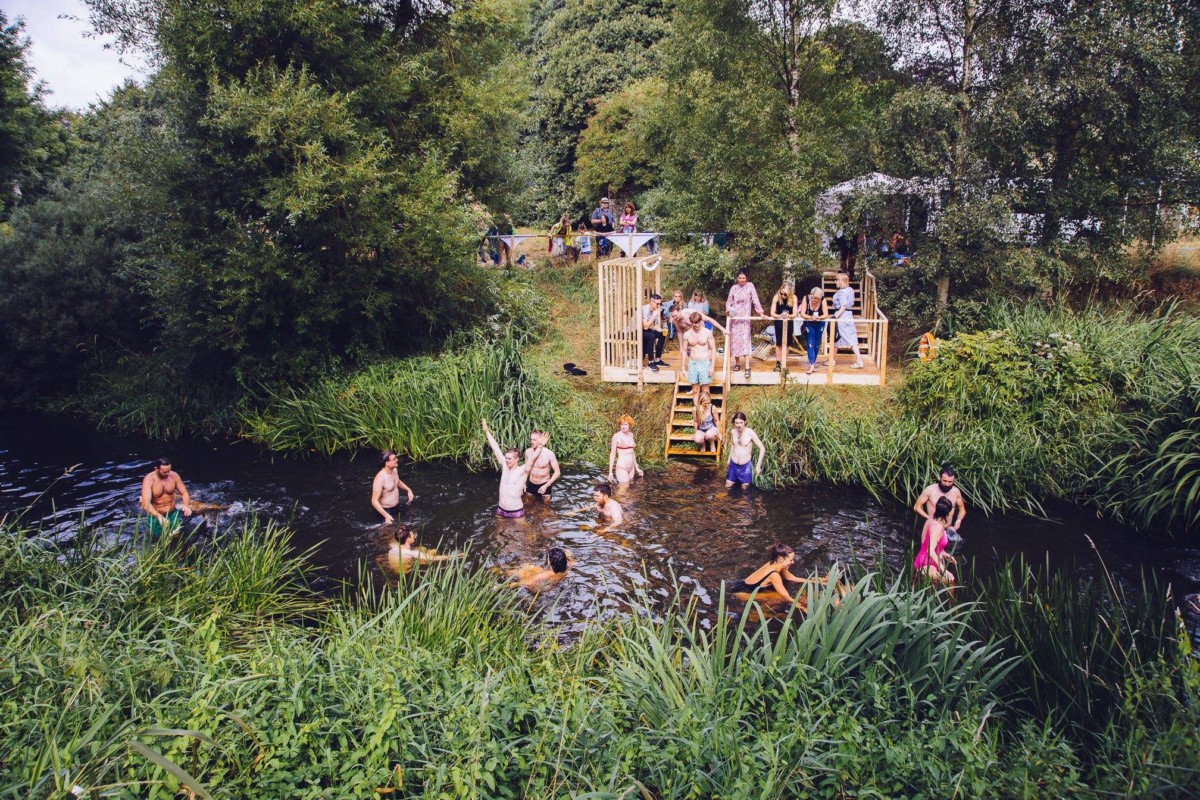 Yeah, I know, a lot of festivals purport to do that but Another Love Story’s chemistry comes from the heart – from people who believe in putting on a great event and don’t scrimp on the details (even down to the bins). The organisers believe in putting Irish artists on an even platform and know that they can deliver.

So yes, there was live music to fill hearts. The Glasshouse Ensemble performed Sufjan Stevens songs in restorative fashion on Saturday afternoon. Davy Kehoe kicked off the festival on Friday with some pleasant off-kilter jams. Pillow Queens drew a big crowd for their charming indie-rock. Solkatt performed an electronic set in the woods. Attention Bébe lifted an even bigger crowd on the Sunday afternoon before UK jazz trio Mammal Hands put a full-stop on the festival, unique in that it finishes on Sunday evening at 6:30pm, mercifully enabling the 900 + so people to be in their own beds by Sunday night. What’s more – the finality of the closing of the festival enabled a well-deserved thank you to the family who own the house – Roland and Zoe – to be made. 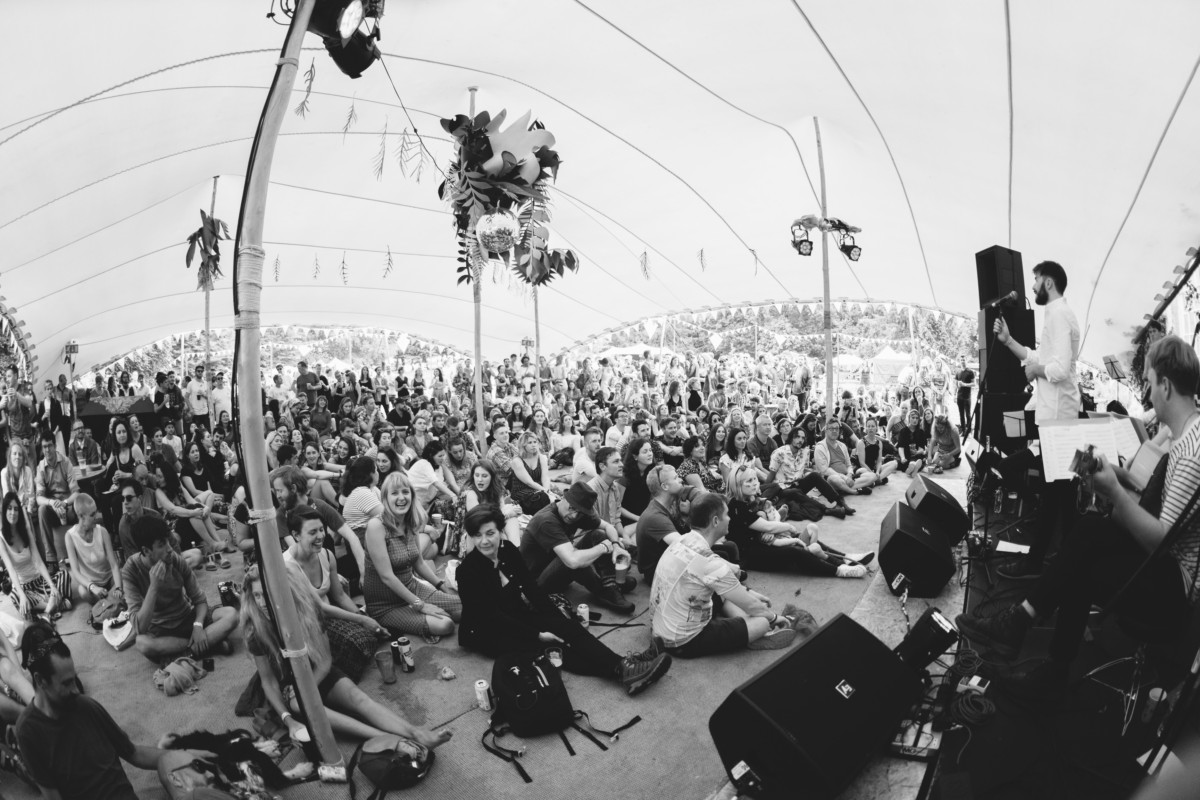 There were DJ sets to lift you into the night. Eddie Kay with Candy Warhol brought the disco and house sass while Lil Dave brought some Aretha to close a great set. The tiny Shift Shack hosted 25 people at any one time for most of the night in the equivalent of a shed brimming with atmosphere and Sally Cinnamon, Toby Hatchett (who provided the festival’s beautiful speakers) and the MyHouseDJs went well into the night. I played on Friday night in the Ballroom to one of the nicest crowds one could imagine. Much music was also missed as is standard but FOMO isn’t an issue at ALS. 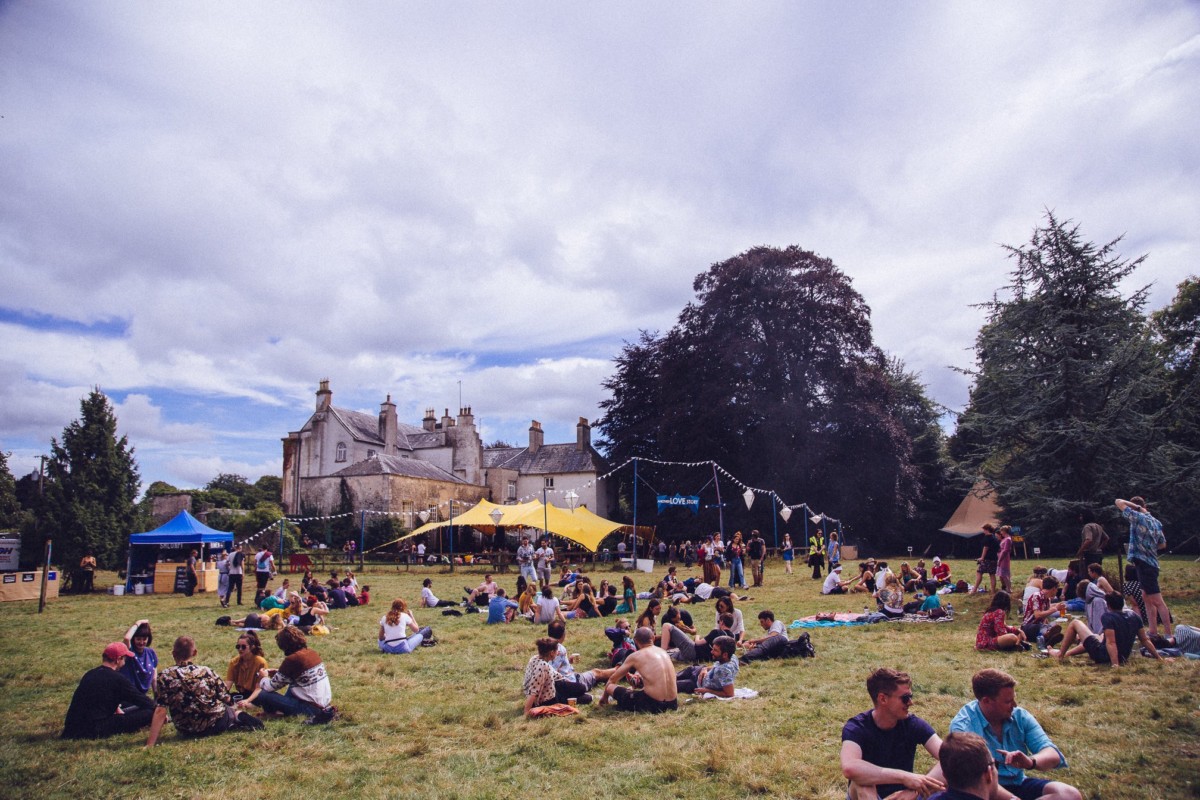 The crowd is a big part of that equation. You can curate a club on the door but you can’t stop anyone buying a ticket for a festival, and ALS gets the nicest, warmest, buzziest and most respectful people attending. There are no restrictions or rules other than the core ALS Memorandum of Mischief. 1) Don’t mangle the manor 2) Don’t litter the landscape 3) Be kind to one another and 4) Have the time of your lives.

ALS attendees don’t need to be told. Rarely do you see a campsite so respectfully tidied away. The small setting of the festival means that meeting friends and strangers and actually having real chats with them is a possibility and I think I had more decent chats with people at ALS than any other festival I’ve been to. Part of that is knowing a lot of the people there, but there were new faces and friends to make aplenty. 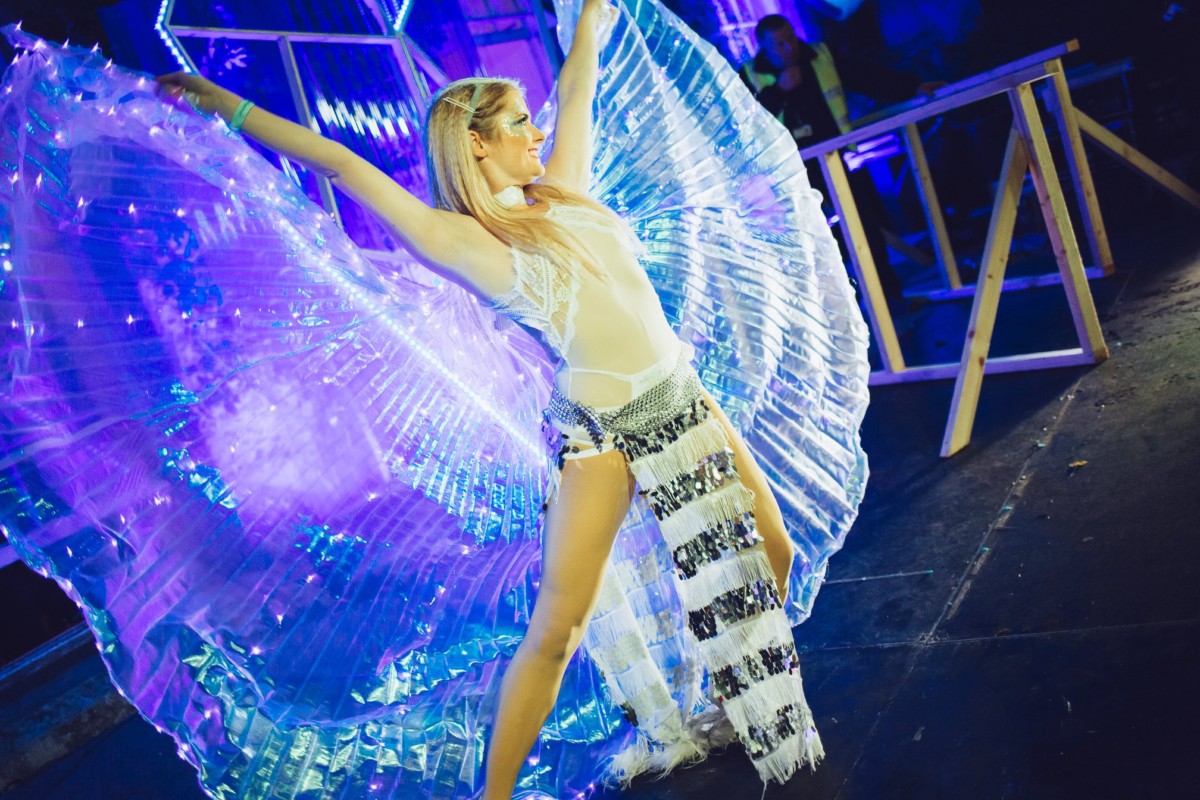 It’s the setting that encourages responsibility too. ALS is set in Killyon Manor and its size has a genuine intimacy that breeds respect. From the moment you arrive and set up your tent within 150 metres of the car park, to the compact main field at the back of the house to the woods where a swimming deck made its debut appearance alongside a mobile sauna and a forest. That’s before I mention the Love Olympics, ALS’s annual splurge of school sports day craic – three legged races and other silliness and offerings of Yoga and Qi Gong.

It’s hard to make a small festival stand out and not feel like a few tents thrown up in a field. Another Love Story’s organisers attention to detail combined with a site that just encourages relaxation is a reason why that couldn’t be. The Lawn is a stretch tent decorated with fake palm trees and a disco ball, the Ballroom’s centrepiece is a paper maché structure by Queens of Neon with visuals projected onto by Le Tissier and Algorithm. The new Further Afield stage is deftly lit with an LED backdrop. That attention and respect extends to food and drink offerings: an O’Hara’s Bar, a Hendrick’s cocktail offering and food that include White Mausu Rice Bowls, Vietnamese Breakfast Rolls, Wood-fired pizza, decent burgers and Ramen. 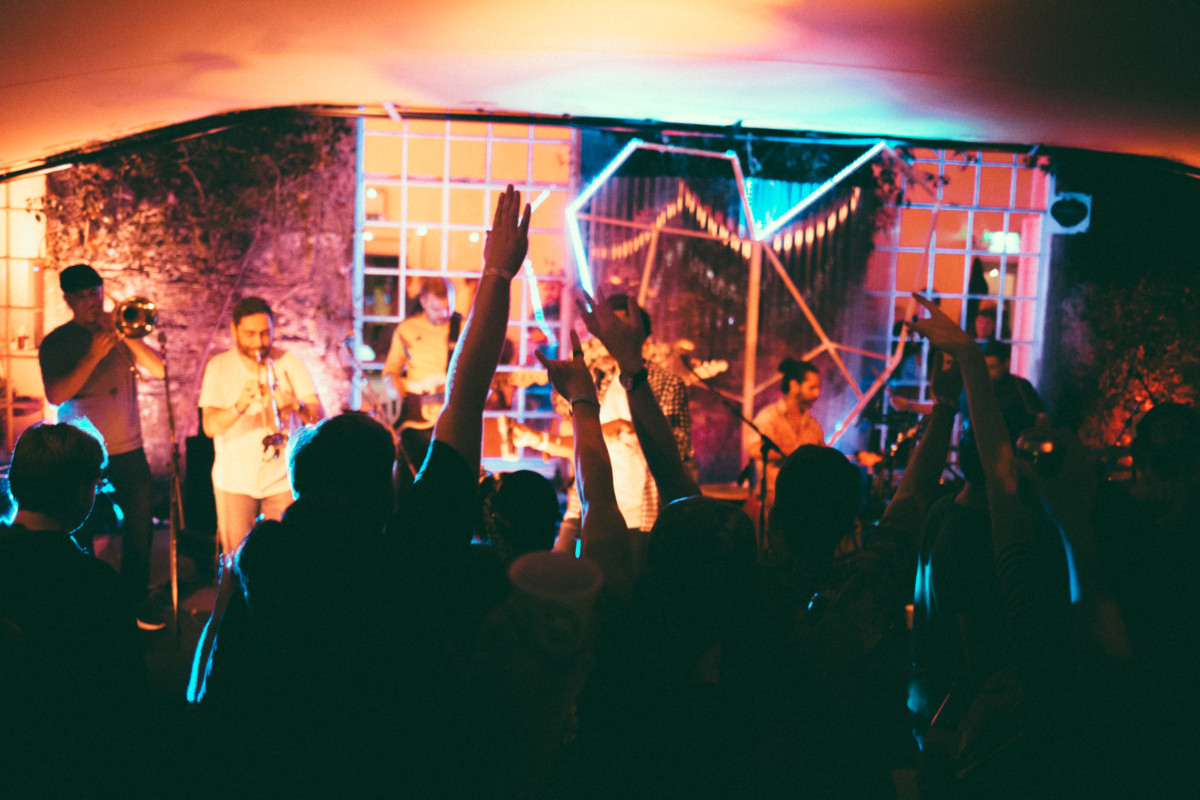 In a time, where most festivals try to offer all things to all people, a festival like Another Love Story, by design and necessity, narrows its scope without sacrificing the magic of a big gathering or a great lineup. Another Love Story won’t be for everybody, but for those it appeals to, and for me this year for the fifth time, ALS left me rejuvenated, full to the heart and ready for more. Onwards to the break of dawn.

Photos for ALS by Steve O’Connor.